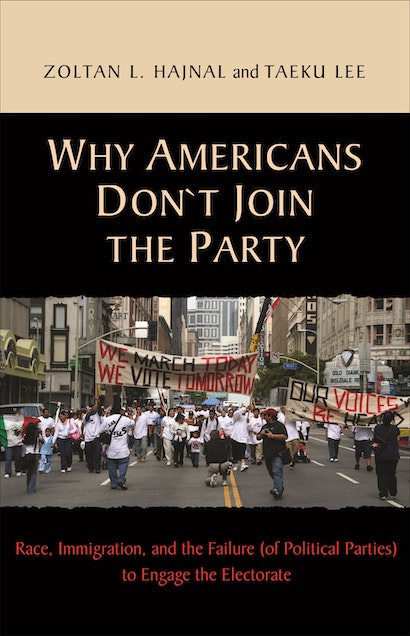 Two trends are dramatically altering the American political landscape: growing immigration and the rising prominence of independent and nonpartisan voters. Examining partisan attachments across the four primary racial groups in the United States, this book offers the first sustained and systematic account of how race and immigration today influence the relationship that Americans have — or fail to have — with the Democratic and Republican parties. Zoltan Hajnal and Taeku Lee contend that partisanship is shaped by three factors — identity, ideology, and information — and they show that African Americans, Asian Americans, Latinos, and whites respond to these factors in distinct ways.


The book explores why so many Americans — in particular, Latinos and Asians — fail to develop ties to either major party, why African Americans feel locked into a particular party, and why some white Americans are shut out by ideologically polarized party competition. Through extensive analysis, the authors demonstrate that when the Democratic and Republican parties fail to raise political awareness, to engage deeply held political convictions, or to affirm primary group attachments, nonpartisanship becomes a rationally adaptive response. By developing a model of partisanship that explicitly considers America’s new racial diversity and evolving nonpartisanship, this book provides the Democratic and Republican parties and other political stakeholders with the means and motivation to more fully engage the diverse range of Americans who remain outside the partisan fray.

"This is a major advance in the study of opinion and parties. The book is well written and documented, and it contains a useful index and bibliography."—Choice

"A critical and long overdue intervention in the study of contemporary American politics, Why Americans Don't Join the Party provides a thorough revision of theories of partisanship. Hajnal and Lee brilliantly explain how the many different groups comprising today's complicated racial and ethnic terrain form attachments, or not, to the major political parties, and the authors show how these attachments are shaped by the legacy of slavery, immigrant political incorporation, and racial identities and ideologies. This book will be required reading for all who are interested in the future of American politics."—Michael Dawson, University of Chicago

"This remarkable and engaging book is a thorough investigation of contemporary partisanship and makes a strong contribution to the field of American politics. No other book theorizes the mechanisms that drive party identification in black, Latino, and Asian American communities."—Janelle Wong, University of Southern California

"This book is unique, provocative, important, and exhaustively defended. Putting a fresh and powerful charge into the debate on partisan identification, it will be widely read and provoke debate and further research."—Paul Frymer, Princeton University