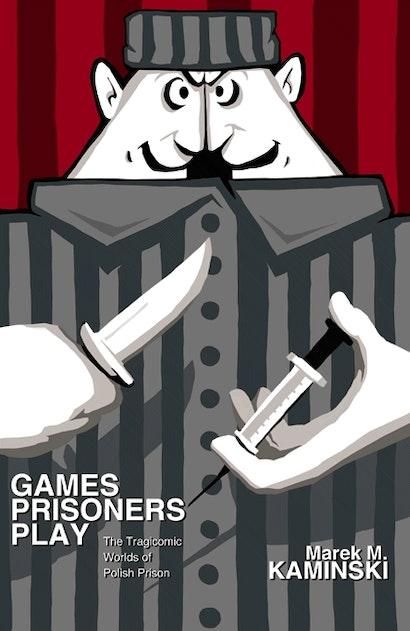 On March 11, 1985, a van was pulled over in Warsaw for a routine traffic check that turned out to be anything but routine. Inside was Marek Kaminski, a Warsaw University student who also ran an underground press for Solidarity. The police discovered illegal books in the vehicle, and in a matter of hours five secret police escorted Kaminski to jail. A sociology and mathematics major one day, Kaminski was the next a political prisoner trying to adjust to a bizarre and dangerous new world. This remarkable book represents his attempts to understand that world.


As a coping strategy until he won his freedom half a year later by faking serious illness, Kaminski took clandestine notes on prison subculture. Much later, he discovered the key to unlocking that culture — game theory. Prison first appeared an irrational world of unpredictable violence and arbitrary codes of conduct. But as Kaminski shows in riveting detail, prisoners, to survive and prosper, have to master strategic decision-making. A clever move can shorten a sentence; a bad decision can lead to rape, beating, or social isolation. Much of the confusion in interpreting prison behavior, he argues, arises from a failure to understand that inmates are driven not by pathological emotion but by predictable and rational calculations.


Kaminski presents unsparing accounts of initiation rituals, secret codes, caste structures, prison sex, self-injuries, and of the humor that makes this brutal world more bearable. This is a work of unusual power, originality, and eloquence, with implications for understanding human behavior far beyond the walls of one Polish prison.

Marek M. Kaminski is Assistant Professor of Political Science and Mathematical Behavioral Science at the University of California, Irvine. Between 1982 and 1989 he managed Solidarity's underground publishing house STOP.

"Written with refreshing directness—funny and horrible by turns—and complemented by delightful illustrations, Games Prisoners Play . . . makes a highly original contribution to the literature on prisons. The book will also prove valuable for introducing game theory. . . . There could be no better advertisement for rational choice."—Michael Biggs, American Journal of Sociology

"Games Prisoners Play is not just a superb description of prison life but also a provocative analysis of why the choices prisoners make under difficult circumstances are rational. The lens through which Kaminski views these choices is elementary game theory, which he uses to elucidate the subtleties of different strategic situations in a highly imaginative way. This book ranks with only a handful of works I know of that apply game theory, in depth, to unusual subjects and end up enriching both the subject and the theory."—Steven J. Brams, New York University, author of Theory of Moves and coauthor of Fair Division: From Cake-Cutting to Dispute Resolution

"An exceptionally interesting book, and a very engaging read, Games Prisoners Play is bound to make a major impact on scholarship in the field. I would be very surprised if it did not become a staple reference for any study of prison life for years to come."—Diego Gambetta, author of The Sicilian Mafia

"A terrific achievement. Marek Kaminski combines a unique 'fieldwork' in Polish prisons with insightful models of prisoners' behavior. This is an exceptional contribution to the ethnography of prison life and an imaginative application of game theory. It is also a memoir in its own right."—Federico Varese, author of The Russian Mafia