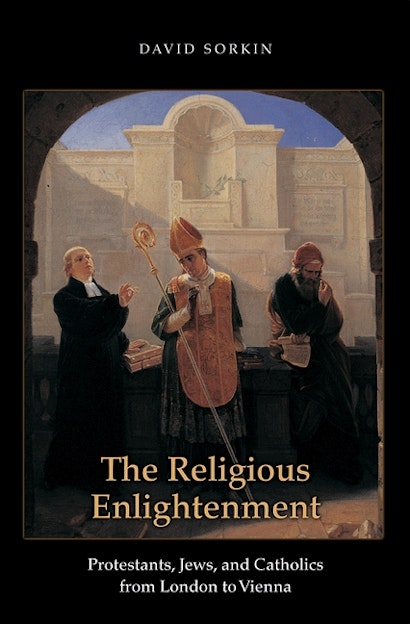 In intellectual and political culture today, the Enlightenment is routinely celebrated as the starting point of modernity and secular rationalism, or demonized as the source of a godless liberalism in conflict with religious faith. In The Religious Enlightenment, David Sorkin alters our understanding by showing that the Enlightenment, at its heart, was religious in nature.


Sorkin examines the lives and ideas of influential Protestant, Jewish, and Catholic theologians of the Enlightenment, such as William Warburton in England, Moses Mendelssohn in Prussia, and Adrien Lamourette in France, among others. He demonstrates that, in the century before the French Revolution, the major religions of Europe gave rise to movements of renewal and reform that championed such hallmark Enlightenment ideas as reasonableness and natural religion, toleration and natural law. Calvinist enlightened orthodoxy, Jewish Haskalah, and reform Catholicism, to name but three such movements, were influential participants in the eighteenth century’s burgeoning public sphere and promoted a new ideal of church-state relations. Sorkin shows how they pioneered a religious Enlightenment that embraced the new science of Copernicus and Newton and the philosophy of Descartes, Locke, and Christian Wolff, uniting reason and revelation to renew faith and piety.


This book reveals how Enlightenment theologians refashioned belief as a solution to the dogmatism and intolerance of previous centuries. Read it and you will never view the Enlightenment the same way.

David Sorkin is the Frances and Laurence Weinstein Professor of Jewish Studies and professor of history at the University of Wisconsin-Madison. His books include The Berlin Haskalah and German Religious Thought and Moses Mendelssohn and the Religious Enlightenment. 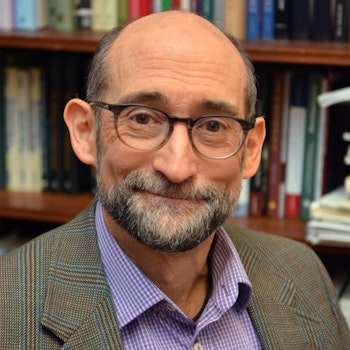 "Why can't religion and the Enlightenment be friends? What's that, you say? They were friends? Why didn't anyone tell us? Well, David Sorkin has. A professor of history and Jewish studies at the University of Wisconsin, he argues in a new study that religion and the Enlightenment were even more than friends. . . . The French Revolution and its Napoleonic aftermath not only destroyed the religious Enlightenment in practice; it also created, as Dr. Sorkin notes, a 'religious-secular dichotomy' that condemned this side of the Enlightenment to historical obscurity. Rescuing it from that obscurity, he insists, is of much more than academic interest."—Peter Steinfels, New York Times

"This is a book about religious ideas of the 18th century. Although scholars tend to see the Enlightenment as antireligious and secular, Sorkin persuasively argues that this was not the whole story. Instead, all of Europe's major religions produced movements of religious reform compatible with the Enlightenment. . . . [S]orkin makes his case that there were individuals and groups within organized religion who welcomed the Enlightenment and tried to accommodate religion within it."—P. Grendler, Choice

"Sorkin has written a powerful, imaginative, and path-breaking study that fundamentally challenges reigning academic conceptions of the Enlightenment, the birth of modern Europe, and the path of modern European history. . . . The author's argument for a more moderate view of the birth and path of modernity across the European continent—one that grew out of dialogue and toleration and not out of religious or ethnic conflict—is compelling and persuasive."—Scott Ury, Religious Studies Review

"This dense, erudite and necessary book certainly establishes that religious reform was a central—and precarious—feature of the Enlightenment. It . . . should effect a decisive shift in our understanding of that period."—Ritchie Robertson, German History

"Sorkin's study presents a valuable contribution to the ongoing reassessment of the Enlightenment. . . . The beautifully written essays display an uncommon fairness to each faith and are supported by an admirable historical erudition."—Louis Dupré, Catholic Historical Review

"Theologians and historians will both find this book useful."—Erna Oliver, Studia Historiae Ecclesisticae

"[O]ne hopes that this concise, erudite, and unprepossessing book succeeds in putting its moderate subjects where they should be: in the middle of our eighteenth-century map."—Suzanne Marchand, Cambridge Journals

"[N]ot the least among this book's achievements is the revival of discussion on the religious Enlightenment in the multiconfessional and multinational Austrian monarchy."—Grete Klingenstein, Austrian History Yearbook

"In brief, this is a deeply researched, well-written, and compelling account of the importance of religion in shaping European enlightenments."—James E. Bradley, Church History

"Sorkin is right to argue that enlightenment and faith went together for most participants in the Enlightenment, and that this is a major topic that has been relatively neglected. He has written an outstanding and eminently accessible book bringing the whole question centrally to scholars' attention. He skillfully demonstrates that all confessions and religious traditions found themselves very much in a common predicament and sought similar solutions."—Jonathan Israel, Institute for Advanced Study

"Powerfully cogent. Sorkin seeks to show that the 'religious Enlightenment' was not a contradiction in terms but was an integral and central part of the Enlightenment. Anyone interested in the history of the Enlightenment in particular or the eighteenth century in general will want to read this book. Sorkin is one of the leading scholars working in the field. His scholarship is as wide as it is deep."—Tim Blanning, University of Cambridge