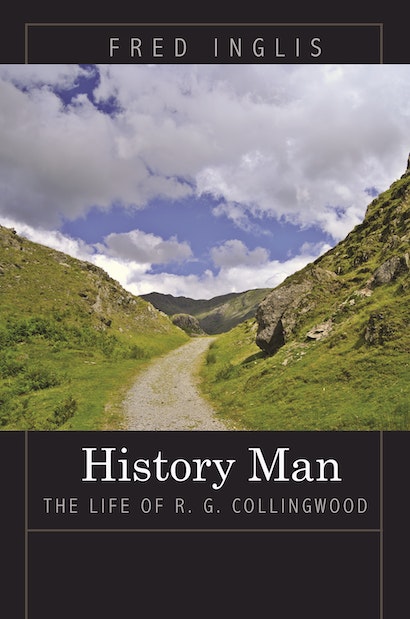 This is the first biography of the last and greatest British idealist philosopher, R. G. Collingwood (1889-1943), a man who both thought and lived at full pitch. Best known today for his philosophies of history and art, Collingwood was also a historian, archaeologist, sailor, artist, and musician. A figure of enormous energy and ambition, he took as his subject nothing less than the whole of human endeavor, and he lived in the same way, seeking to experience the complete range of human passion. In this vivid and swiftly paced narrative, Fred Inglis tells the dramatic story of a remarkable life, from Collingwood’s happy Lakeland childhood to his successes at Oxford, his archaeological digs as a renowned authority on Roman Britain, his solo sailing adventures in the English Channel, his long struggle with illness, and his sometimes turbulent romantic life.


In a manner unheard of today, Collingwood attempted to gather all aspects of human thought into a single theory of practical experience, and he wrote sweeping accounts of history, art, science, politics, metaphysics, and archaeology, as well as a highly regarded autobiography. Above all, he dedicated his life to arguing that history — not science — is the only source of moral and political wisdom and self-knowledge.


Linking the intellectual and personal sides of Collingwood’s life, and providing a rich history of his milieu, History Man also assesses Collingwood’s influence on generations of scholars after his death and the renewed recognition of his importance and interest today.

Fred Inglis is the author of more than twenty books, including People's Witness: The Journalist in Modern Politics and The Cruel Peace: Everyday Life and the Cold War (Basic). He is professor emeritus of cultural studies at the University of Sheffield.

"Inglis gives us a clear line of development from the thought of Vico and Croce to the philosophy of the later years with its crowning achievement in recognizing the need to historicize ideas rather than treat them as algebraic constraints. The story is enriched with an often riveting account of Collingwood's psychological difficulties and of his final challenge to posterity in his affair with Kathleen Edwardes and decision to become a father again as death beckoned."—Michael Bentley, Times Literary Supplement

"A warm-hearted, affectionate biography of an irascible but brilliant philosopher and historian. . . . By placing Collingwood in his context, Fred Inglis does much to rectify the slightly paranoid portrait of [Collingwood's] autobiography. Even if Collingwood was not the jovial, beer-drinking common man that Inglis would have liked him to be, it is good to see him brought some way back to the human fold."—Simon Blackburn, New Republic

"Vividly written biography. . . . Inglis's great achievement in this book is to apply the question-and-answer method to Collingwood's biography, the 'interpreted life' being no more susceptible to instant appraisal than the interpreted text."—Jonathan Derbyshire, Literary Review

"It is a strange fact that until the recent appearance of History Man: The Life of R. G. Collingwood, the world had no 'life' of the greatest philosopher of history writing in English, nor England's leading 20th-century philosopher of art, and no apparent attempt at one. . . . Fred Inglis' biography is a courageous act of cultural and intellectual re-contextualisation that should be applauded. . . . The prose moves with fluid ease, and the book is intensely readable, with much to reward non-philosophers and non-Collingwoodians interested in the educational, social and political history of the era."—Philip Smallwood, Times Higher Education

"Collingwood's life is a full, fascinating and complicated story that needs to be told, and Fred Inglis tells it as an avowed partisan, an admirer who desires to breathe new life into our understanding of Collingwood. . . . The picture is vivid, lively and colorful."—James Connelly, Philosophers' Magazine

"Fred Inglis's lively and interesting biography shows the extent and interest of Collingwood's contribution to the twentieth century and beyond. There is no other book comparable in biographical scope and detail. This is a welcome addition."—James Connelly, University of Hull

"Fred Inglis is an experienced biographer with a refreshing style, and here he has brought his skills to bear on the eventful life and original thought of R. G. Collingwood. This imaginative biography gives an engaging portrait and interpretation of the man."—David Boucher, Cardiff University