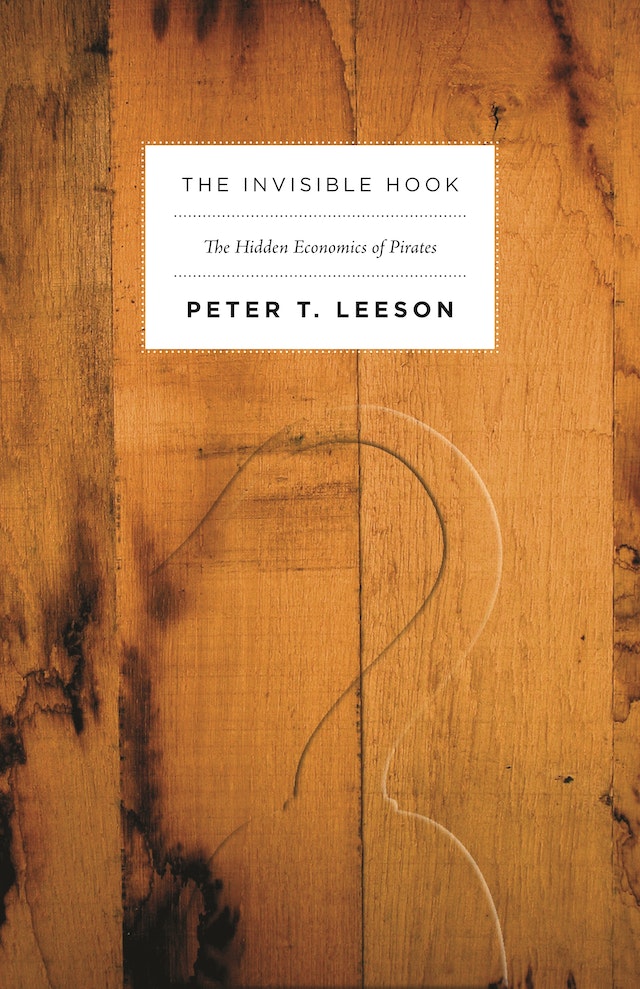 Pack your cutlass and blunderbuss — it’s time to go a-pirating! The Invisible Hook takes readers inside the wily world of late seventeenth- and early eighteenth-century pirates. With swashbuckling irreverence and devilish wit, Peter Leeson uncovers the hidden economics behind pirates’ notorious, entertaining, and sometimes downright shocking behavior. Why did pirates fly flags of Skull & Bones? Why did they create a “pirate code”? Were pirates really ferocious madmen? And what made them so successful? The Invisible Hook uses economics to examine these and other infamous aspects of piracy. Leeson argues that the pirate customs we know and love resulted from pirates responding rationally to prevailing economic conditions in the pursuit of profits.

The Invisible Hook looks at legendary pirate captains like Blackbeard, Black Bart Roberts, and Calico Jack Rackam, and shows how pirates’ search for plunder led them to pioneer remarkable and forward-thinking practices. Pirates understood the advantages of constitutional democracy — a model they adopted more than fifty years before the United States did so. Pirates also initiated an early system of workers’ compensation, regulated drinking and smoking, and in some cases practiced racial tolerance and equality. Leeson contends that pirates exemplified the virtues of vice — their self-seeking interests generated socially desirable effects and their greedy criminality secured social order. Pirates proved that anarchy could be organized.

Peter T. Leeson is the BB&T Professor for the Study of Capitalism in the Department of Economics at George Mason University.

"A fresh and provocative take on the Golden Age pirates. Leeson writes with clarity and the depth of his research is impressive."—Colin Woodard, author of The Republic of Pirates

"Peter Leeson has brought the economists' toolkit to the Spanish Main. Piracy is not just a great topic for Walt Disney movies, but also an important economic phenomenon. Leeson's excellent book helps us to understand who pirates were, and why they chose their infamous occupation. He uses economics to make sense of walking-the-plank and the Jolly Roger. This is a fun book, but also a volume rich with insights and analysis."—Edward Glaeser, Harvard University

"Light of touch and truly eloquent, The Invisible Hook is a terrific read on a fascinating topic. This is a beautifully written book."—Geoffrey Brennan, Duke University and University of North Carolina, Chapel Hill