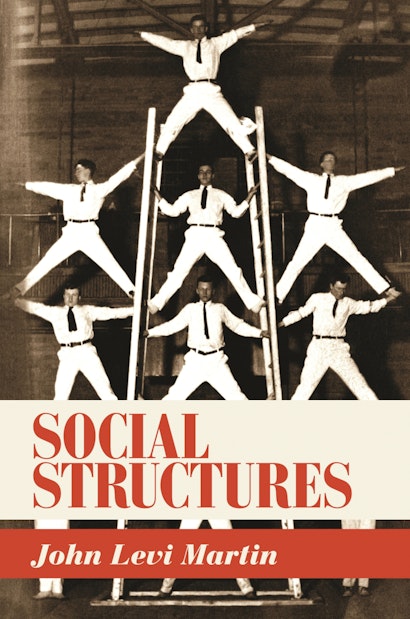 Social Structures is a book that examines how structural forms spontaneously arise from social relationships. Offering major insights into the building blocks of social life, it identifies which locally emergent structures have the capacity to grow into larger ones and shows how structural tendencies associated with smaller structures shape and constrain patterns of larger structures. The book then investigates the role such structures have played in the emergence of the modern nation-state.


Bringing together the latest findings in sociology, anthropology, political science, and history, John Levi Martin traces how sets of interpersonal relationships become ordered in different ways to form structures. He looks at a range of social structures, from smaller ones like families and street gangs to larger ones such as communes and, ultimately, nation-states. He finds that the relationships best suited to forming larger structures are those that thrive in conditions of inequality; that are incomplete and as sparse as possible, and thereby avoid the problem of completion in which interacting members are required to establish too many relationships; and that abhor transitivity rather than assuming it. Social Structures argues that these “patronage” relationships, which often serve as means of loose coordination in the absence of strong states, are nevertheless the scaffolding of the social structures most distinctive to the modern state, namely the command army and the political party.

John Levi Martin is professor of sociology at the University of Chicago. 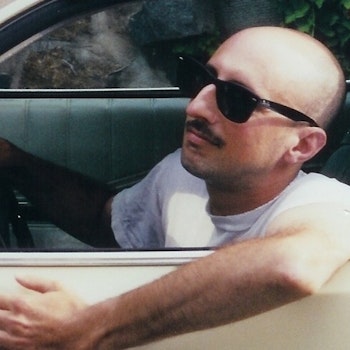 "While his interest in structures has a venerable lineage, Martin's approach is highly distinctive. . . . The book is without doubt an eclectic, ambitious, provocative, sophisticated, and instructive undertaking. . . . Social Structures deserves a wide readership and its ideas a sympathetic hearing."—Science

"Martin provides an accessible and workable perspective as he examines the array of social structures, from the smaller, such as cliques or family, to the larger construct of nation. . . . In short, this is an excellent book, substantive in supporting Martin's claims as well as provocative in terms of generating further inquiry. Readers will find Martin's perspective both intriguing and well supported."—Choice

"[R]ather than giving the impression of being the beginning of a new, exciting research program, Social Structures rather feels like a well-deserving closing chapter for the project of a specifically 'sociological' form of structuralist explanation."—Omar Lizardo, Sociologica

"Social Structures is illuminating—good to think with and fun to argue with. It belongs on a short shelf of important contributions to structural theories of society."—Paul DiMaggio, American Journal of Sociology

"John Levi Martin closely examines social structures from a stunning range of scopes and eras. The art and wonder of this amazing book is the verve and plausibility of his concatenation of themes, which, despite his disclaimers, do embrace large and complex structures: armies, patronage formations, and one-party states are where he digs deepest. Meanings, and so ambiguities, are central to his vision, which opens up the varied heuristics we use in navigating social life and especially social networks."—Harrison C. White, author of Identity and Control and Markets from Networks

"One of the most ambitious books I have read in years. Drawing on numerous examples across various domains and from around the world, it showcases the complex manner whereby the formal features of different kinds of relations generate different institutionalized types of social structures. A brilliant mind in action, John Levi Martin takes us one step closer to Simmel's vision of a 'social geometry.'"—Eviatar Zerubavel, Rutgers University, author of Social Mindscapes: An Invitation to Cognitive Sociology and Time Maps: Collective Memory and the Social Shape of the Past

"Social Structures does a superlative job at cutting a first path through jungle-like thickets of empirical detail—there is a phenomenal amount of labor represented here. The path thus cut opens possibilities for significant cross-fertilization across different strands of structural sociology, and valuably extends structural sociology to other major areas. The book makes important sociological contributions. It offers a magnificent foundation on which others may build."—Scott A. Boorman, Yale University

"This is a tremendously impressive and deeply intriguing book about localized network configurations, the rules they follow, and the way in which those configurations are caught up in processes of nation-building. The scholarship is expansive yet engagingly idiosyncratic. This is a much-needed book."—David Gibson, University of Pennsylvania

"This is an ambitious book that identifies the key structural building blocks of social life. Anyone seriously interested in how social relations structure individual behavior (and vice versa) must be familiar with the theoretical orientation of this book and the general substantive terrain it covers. This is a wonderful book to read, to learn from, and to teach with."—Katherine Stovel, University of Washington