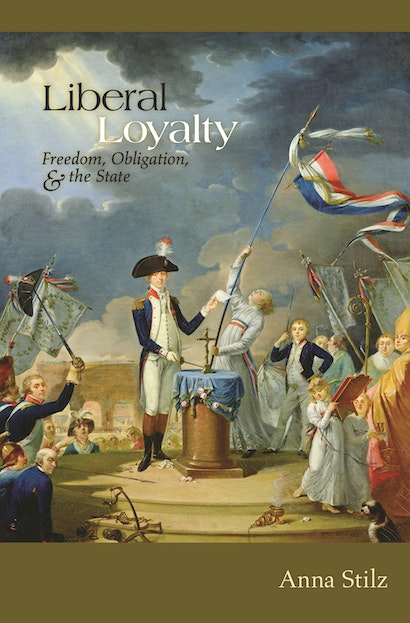 Many political theorists today deny that citizenship can be defended on liberal grounds alone. Cosmopolitans claim that loyalty to a particular state is incompatible with universal liberal principles, which hold that we have equal duties of justice to persons everywhere, while nationalist theorists justify civic obligations only by reaching beyond liberal principles and invoking the importance of national culture. In Liberal Loyalty, Anna Stilz challenges both views by defending a distinctively liberal understanding of citizenship.


Drawing on Kant, Rousseau, and Habermas, Stilz argues that we owe civic obligations to the state if it is sufficiently just, and that constitutionally enshrined principles of justice in themselves — rather than territory, common language, or shared culture — are grounds for obedience to our particular state and for democratic solidarity with our fellow citizens. She demonstrates that specifying what freedom and equality mean among a particular people requires their democratic participation together as a group. Justice, therefore, depends on the authority of the democratic state because there is no way equal freedom can be defined or guaranteed without it. Yet, as Stilz shows, this does not mean that each of us should entertain some vague loyalty to democracy in general. Citizens are politically obligated to their own state and to each other, because within their particular democracy they define and ultimately guarantee their own civil rights.

Liberal Loyalty is a persuasive defense of citizenship on purely liberal grounds.

Anna Stilz is assistant professor of politics at Princeton University.

"Are liberals left with either a repugnant cultural nationalism or a floating cosmopolitanism, or can they create a coherent liberal account that grounds citizens' loyalty to a particular state? Stilz forcefully argues that they can. After skillfully exposing problems with both cosmopolitan and nationalist liberalisms and effectively refuting liberal-leaning anarchists, Stilz turns to Kant, Rousseau, and Habermas for inspiration, arguing that liberals must conceptualize loyalty as a political duty to support institutions that promote liberal freedoms."—Choice

"Stilz has articulated with great clarity and consistency an alternative to both consent-theories of political obligation and to their nationalist counterparts. That alternative will find many supporters, and deserves to be taken very seriously even by its critics."—Lea Ypi, Notre Dame Philosophical Reviews

"One of the values of Stilz's work is her attempt to reclaim particular terms and categories from contemporary political and philosophical discourse. . . . The end of her work, the articulation of a rationally arrived-at duty of justice leading us to be loyal to democratic institutions and processes, is a worthwhile and ongoing project."—John Randolph LeBlanc, American Review of Politics

"This is a clearly written, well-argued, and exceptionally sane book. Stilz rescues concepts like loyalty and obligation from the hands of academic nationalists, and reclaims them for use by cosmopolitans and liberal universalists. In this, she has done a great service to the fields of political philosophy and political theory. Her work provides valuable insights into democratic theory, global justice, and the moral foundations of the liberal project itself."—Michael Blake, University of Washington

"Stilz offers a provocative and original answer to some very old questions about political obligation. Her great contribution is to provide a new conception of solidarity—a missing value in most liberal conceptions—basing it on an individualist theory of collective intentions."—John Ferejohn, Stanford University

"Are there good liberal grounds to respect the authority of the state? Can the political fact of citizenship alone serve as the basis of solidarity in a democracy? Stilz brilliantly shows that these two questions need to be asked together, and her answers are distinctive, imaginative, and forcefully defended. Liberal Loyalty is a compelling read, and a book to be reckoned with."—Patchen Markell, University of Chicago

"Stilz has a fresh approach to a central problem in contemporary political thought. She writes with clarity and confidence, and provides an original defense of the idea of constitutional patriotism in combination with a strong critique of liberal nationalism."—Jan-Werner Müller, Princeton University