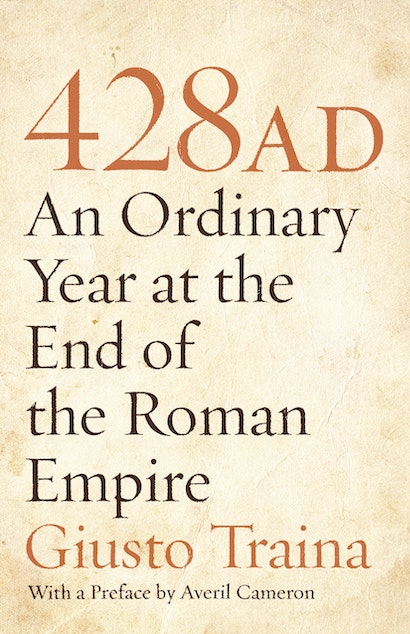 
Readers meet many important figures, including the Roman general Flavius Dionysius as he encounters a delegation from Persia after the Sassanids annex Armenia; the Christian ascetic Simeon Stylites as he stands and preaches atop his column near Antioch; the eastern Roman emperor Theodosius II as he prepares to commission his legal code; and Genseric as he is elected king of the Vandals and begins to turn his people into a formidable power. We are also introduced to Pulcheria, the powerful sister of Theodosius, and Galla Placidia, the queen mother of the western empire, as well as Augustine, Pope Celestine I, and nine-year-old Roman emperor Valentinian III.


Full of telling details, 428 AD illustrates the uneven march of history. As the west unravels, the east remains intact. As Christianity spreads, pagan ideas and schools persist. And, despite the presence of the forces that will eventually tear the classical world apart, Rome remains at the center, exerting a powerful unifying force over disparate peoples stretched across the Mediterranean.

Giusto Traina is professor of Greek history at the University of Rouen. He is the author of several previous books on Roman and Greek history. 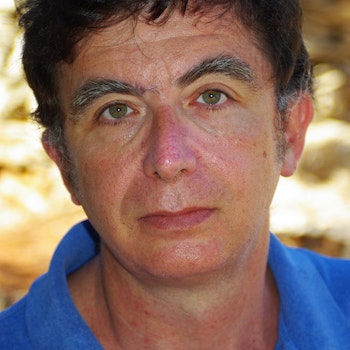 "Traina's focus on a single year, a half-century before the end of the Western Empire, reveals a world already more like the medieval period than ancient times, with Christian bishops arguing over heresy, ascetic monks perched atop columns, and Germanic tribes occupying much of Gaul and Spain (and preparing to invade Africa)."—Stewart Desmond, Library Journal

"The great strength of Giusto Traina's elegant book is that it offers a new perspective on the Roman empire in the fifth century—precisely by bridging the long-standing historiographical gap between the East and the West. His idea is attractively simple: to offer a panoramic view of the Mediterranean world from Iran to Britain in one ordinary year, AD 428. The subtle tracing of a delicate and complex web of social, religious and political interconnections across the whole Mediterranean world offers an unparalleled opportunity to rethink the dynamics of the Roman empire in the fifth century. That exhilarating breadth of vision is Traina's substantial achievement."—Christopher Kelly, Literary Review

"The writing is crisp and clear, and while Mr. Traina introduces many different people to the reader in a short span, he carefully brings to life each one of them and gives us a glimpse into what life was like in an average year at the end of the Roman Empire."—Kevin Winter, Sacramento Book Review

"Put this on the shelf next to Philip Jenkins' The Lost History of Christianity and Adrian Goldsworthy's How Rome Fell."—John Wilson, Books & Culture

"Traina has written a compelling book on the late Roman world. By focusing his narrative on a single year, 428 CE, the year that the Kingdom of Armenia fell, Traina's narrative illuminates the breadth of the late Roman Empire in transition from its Classical past to its Medieval and Byzantine future. . . . Like Peter Brown's The World of Late Antiquity, this work is certain to generate new enthusiasm for the period and open fresh avenues of inquiry."—Choice

"In all, the subject matter of 428 AD is genuinely interesting. It has been researched thoroughly and paints a picture of an empire in flux, although religious change certainly takes centre stage as the main trend discussed in most of the chapters. The methodical notes and citation references could provide a valuable research tool for history students of this period."—Bija Knowles, Heritage Key

"A good book for anyone with an interest in the Roman Empire, Late Antiquity, and the rise and fall of empires."—A. A. Nofi, Strategy Page

"This focus on one year is novel. . . . Traina has done the fifth century a tremendous service by describing it in such a lively and engaging style, and it is hoped that his book will help inspire research on this under-studied period."—Conor Whately, Bryn Mawr Classical Review

"This book provides a helpful snapshot of life in the Roman Empire during the empire's declining years."—John Aloisi, Journal of Early Christian Studies

"Regarding the lands of today's Muslim world, this is a fascinating panorama of a moment in 'late antiquity.'"—Joseph P. Duggan, Saudi Aramco World

"Written in an accessible style, Traina's book will be read with profit by anyone interested in the transition from classical antiquity to the Middle Ages, whether from a political, cultural, or religious perspective. His nuanced treatment of the interaction between an increasingly beleaguered paganism and an increasingly assertive Christianity in the urban centers and rural backwaters around the Mediterranean should be especially welcome to anyone interested in the history of the Church."—Claudia Rapp, Catholic Historical Review

"Traina's book is . . . an important statement about the nature of empire in the fifth century. His decision to consider this 'ordinary' year has allowed him to demonstrate, with great clarity and in a lively manner, his primary thesis. In 428 the empire still cohered as a political entity, the reality of which Traina has brilliantly captured in this study. His interpretation should be required reading for students of Roman history who assume, wrongly in my view, that the military defeats of the early fifth century signified the end of empire."—Michele Salzman, Journal of Ecclesiastical History

"The publication of this work . . . throws light on the important work being carried out not only by the author himself but also by many other scholars in Italy and elsewhere. For this reason at least, Princeton deserves our thanks for broadening the bounds of scholarship on late antiquity."—Geoffrey Greatrex, Historian

"While reading it, I felt that I was, indeed, on a grand historical/archaeological tour, led by a first-rate guide. In such a situation one cannot expect to be told about, or remember, everything; but one is brought into contact with areas and topics that one would not normally encounter, and has one's interest sufficiently whetted to encourage a return to some of these in more depth afterwards."—John F. Drinkwater, European Review of History

"The history of late antiquity has inspired some of the most vital historical writing of the last half-century. Giusto Traina sustains the tradition with his vivid snapshot of a year. The very ordinariness of 428 AD makes us see the period afresh. In transcending the partisan language of 'transformation' and 'decline,' Traina reimagines in ecstasy a world racked by agony."—Felipe Fernandez-Armesto, author of The Americas: A History of Two Continents and Pathfinders: A Global History of Exploration

"This is one of those books for which one has longed for a very long time. Only by the decision to place one year on the map of an entire segment of Europe and the Middle East is it possible to seize the full dynamics of the history of the later Roman Empire. I have read nothing like it and I have benefitted from it on every page. It is the sense of different landscapes that lingers with the reader, and also the sense of a common imperial energy that pulses through the entire world as here described. It is a tour de force to have found, in this way, a new Archimedes point from which to move the great mass of the history of the fifth century and in such a way that it does not splinter. This is truly a book which opens a window on to the world of late antiquity."—Peter Brown, author of Augustine of Hippo: A Biography

"Giusto Traina's 428 AD demands attention. Not only is it a first-rate piece of scholarship, it is engaging, original, and a pleasure to read. Focusing his book on the year 428 is a brilliant idea. Traina is completely successful in using this device to give a synoptic view of late antiquity, not just the late Roman Empire. The narrative is never forced; his journey progresses quite naturally, delighting the reader with fascinating information at every step. This is a commendable achievement in the same spirit as Peter Brown's The World of Late Antiquity. 428 will be an 'anonymous' year no more."—Michael Maas, Rice University

"This is one of those books for which one has longed for a very long time. Only by the decision to place one year on the map of an entire segment of Europe and the Middle East is it possible to seize the full dynamics of the history of the later Roman Empire. I have read nothing like it and I have benefitted from it on every page."—Peter Brown, author of Augustine of Hippo: A Biography