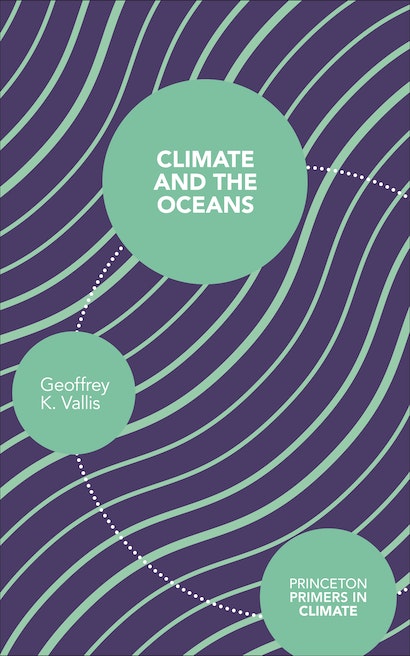 The oceans exert a vital moderating influence on the Earth’s climate system. They provide inertia to the global climate, essentially acting as the pacemaker of climate variability and change, and they provide heat to high latitudes, keeping them habitable. Climate and the Oceans offers a short, self-contained introduction to the subject. This illustrated primer begins by briefly describing the world’s climate system and ocean circulation and goes on to explain the important ways that the oceans influence climate. Topics covered include the oceans’ effects on the seasons, heat transport between equator and pole, climate variability, and global warming. The book also features a glossary of terms, suggestions for further reading, and easy-to-follow mathematical treatments.

Climate and the Oceans is the first place to turn to get the essential facts about this crucial aspect of the Earth’s climate system. Ideal for students and nonspecialists alike, this primer offers the most concise and up-to-date overview of the subject available.

"This easy-to-read illustrated book, filled with both data and accessible mathematical equations demonstrating the impact of the oceans on the Earth's climate, offers practitioners and stakeholders' state-of-the-art scientific analysis of how the oceans and climate interact that is both user friendly to the non-expert yet scientifically rigorous enough as bridge material for graduate students as they grapple with the compelling field of climate science and oceanography. . . . These books at Princeton Primers in Climate are a superb resource to find meticulous, detailed, and clearly presented facts on climate change science."—Gabriel Thoumi, MongaBay.com

"This is an excellent primer on the physical processes that control interactions within and between the atmosphere and ocean. . . . It is a quick read that would be appropriate for scientists looking for information on the salient points of ocean-atmosphere interactions and climate. It would also serve as a useful complementary resource for an introductory-level course in oceanography."—Choice

"I absolutely recommend this book. Those expecting a primer on oceans and climate will be rewarded with much more than a book that teaches the basics of a subject. I have taught about the ocean for more than 20 years and I still found plenty of insights in this text that will enhance my own teaching of undergraduate and graduate students."—Susan Lozier, Bulletin of the American Meteorological Society

"In this crystal-clear little book, Geoffrey Vallis masterfully explains the basics of physical oceanography and the role of the oceans in the climate system. He writes for those conversant with some university-level mathematics and physics, but whose knowledge of the oceans and climate is limited. The book moves smoothly from fundamental principles to topics of current research interest, including natural climate variability, such as El Niño, and the daunting challenge of man-made climate change, or global warming."—Richard Somerville, Scripps Institution of Oceanography

"Readers interested in understanding how the ocean influences climate have had to choose between journalistic, grossly oversimplified accounts and the very technical professional literature. Geoffrey Vallis has now successfully filled that gap with a clear explanation of the ways in which the ocean is both influenced by and influences global climate."—Carl Wunsch, Massachusetts Institute of Technology

"Climate and the Oceans is an accessible, effectively organized, and very well-written introduction to the subject."—Peter R. Gent, National Center for Atmospheric Research