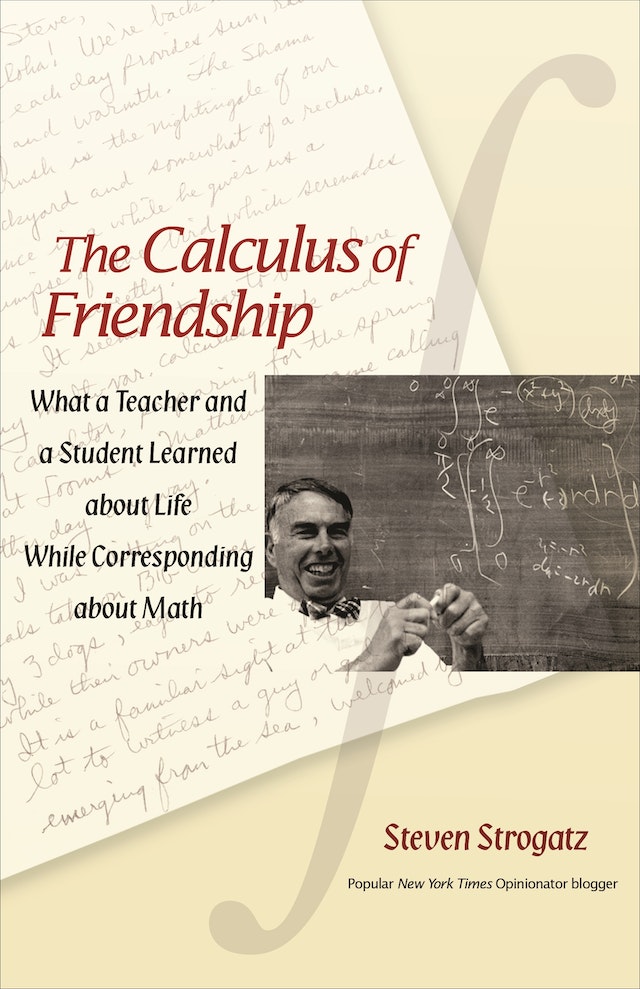 The Calculus of Friendship is the story of an extraordinary connection between a teacher and a student, as chronicled through more than thirty years of letters between them. What makes their relationship unique is that it is based almost entirely on a shared love of calculus. For them, calculus is more than a branch of mathematics; it is a game they love playing together, a constant when all else is in flux. The teacher goes from the prime of his career to retirement, competes in whitewater kayaking at the international level, and loses a son. The student matures from high school math whiz to Ivy League professor, suffers the sudden death of a parent, and blunders into a marriage destined to fail. Yet through it all they take refuge in the haven of calculus — until a day comes when calculus is no longer enough.

Like calculus itself, The Calculus of Friendship is an exploration of change. It’s about the transformation that takes place in a student’s heart, as he and his teacher reverse roles, as they age, as they are buffeted by life itself. Written by a renowned teacher and communicator of mathematics, The Calculus of Friendship is warm, intimate, and deeply moving. The most inspiring ideas of calculus, differential equations, and chaos theory are explained through metaphors, images, and anecdotes in a way that all readers will find beautiful, and even poignant. Math enthusiasts, from high school students to professionals, will delight in the offbeat problems and lucid explanations in the letters.

For anyone whose life has been changed by a mentor, The Calculus of Friendship will be an unforgettable journey.

Steven Strogatz is the Jacob Gould Schurman Professor of Applied Mathematics at Cornell University. His books include the best-selling Sync: The Emerging Science of Spontaneous Order (Hyperion). He has written for the New York Times's Opinionator blog. 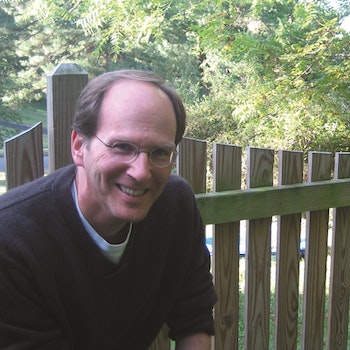 "As these two men find truer, deeper friendship through an exchange of letters on math, you may be surprised to find yourself, as I was, moved by powerful emotions. I never thought I'd get choked up by an equation—but these guys are plotting out the hardest kind of change to track: the movement from Me to Us."—Alan Alda

"The Calculus of Friendship is an intriguing journey that casts mathematics in a most unusual light. Through thirty years of correspondence between student and teacher, we enter a private world where the rigors of logic are the last defense against the vagaries of life."—Brian Greene, author of The Elegant Universe

"In this delightfully inspired account of a thirty-year correspondence, two mathematicians discover even deeper things than theorems that are fundamental. A math book for the mind and for the heart."—Larry Zimmerman, winner of the 1986 Presidential Award for Excellence in Mathematics Teaching

"Steven Strogatz has written an unpretentious, charming, original, and inspiring book. In a disarmingly personal depiction, Strogatz leads us through a story of friendship between understated mentor and virtuosic student. The mathematical excursions are as much a pleasure to read as the moving narrative of the unusual friendship that the mathematics inspires."—Janna Levin, author of A Madman Dreams of Turing Machines

"It is unusual for mathematicians to write in such personal terms and with such candor. Readers with any mathematical background will find this book intriguing and fascinating."—John Adam, coauthor of Guesstimation

"The gentle but unremittingly honest account of this friendship utterly absorbed me. Also, some of the calculus is hilarious."—John Cleese

"Containing many mathematical morsels, this decades-long correspondence tells the story of a very special student-teacher relationship. These men have taught each other more than they could ever have envisioned."—Adrian Banner, author of The Calculus Lifesaver

"Mathematics speaks to the transcendental, as does this extraordinary friendship. A beautiful book!"—James Tanton, founding director of the St. Mark's Institute of Mathematics

"This is a lovely book. Strogatz succeeds in producing a sincere tribute to teachers, and he emphasizes in a direct way the human element of mathematics."—Barry Cipra, author of Misteaks...and How to Find Them before the Teacher Does: A Calculus Supplement