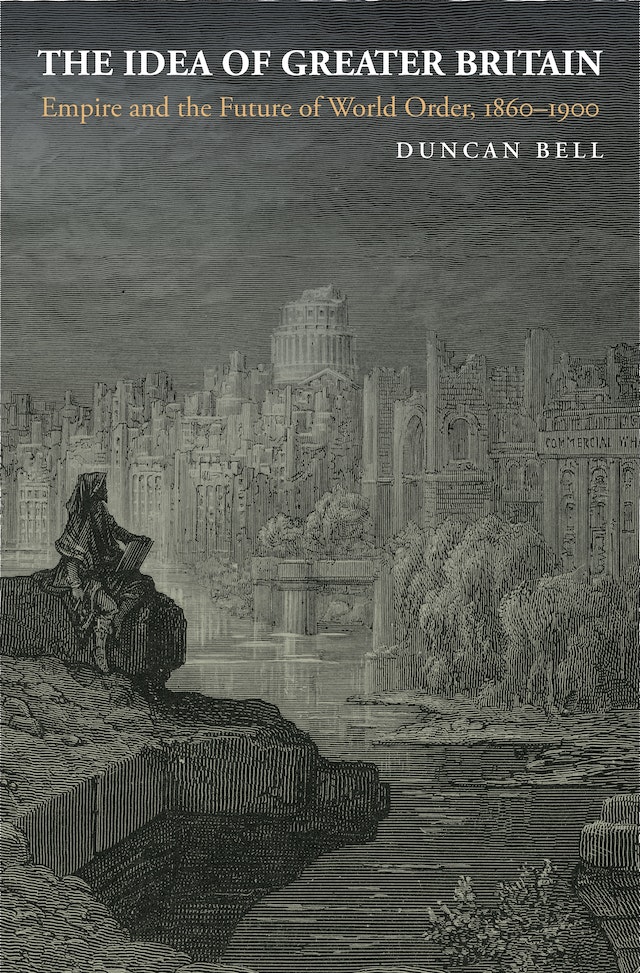 During the tumultuous closing decades of the nineteenth century, as the prospect of democracy loomed and as intensified global economic and strategic competition reshaped the political imagination, British thinkers grappled with the question of how best to organize the empire. Many found an answer to the anxieties of the age in the idea of Greater Britain, a union of the United Kingdom and its settler colonies in Australia, Canada, New Zealand, and southern Africa. In The Idea of Greater Britain, Duncan Bell analyzes this fertile yet neglected debate, examining how a wide range of thinkers conceived of this vast “Anglo-Saxon” political community. Their proposals ranged from the fantastically ambitious — creating a globe-spanning nation-state — to the practical and mundane — reinforcing existing ties between the colonies and Britain. But all of these ideas were motivated by the disquiet generated by democracy, by challenges to British global supremacy, and by new possibilities for global cooperation and communication that anticipated today’s globalization debates. Exploring attitudes toward the state, race, space, nationality, and empire, as well as highlighting the vital theoretical functions played by visions of Greece, Rome, and the United States, Bell illuminates important aspects of late-Victorian political thought and intellectual life.

Duncan Bell is a university lecturer in international relations at the Centre of International Studies, University of Cambridge, and a fellow of Christ's College. He is the editor of Memory, Trauma, and World Politics and Victorian Visions of Global Order.

"[A] highly intelligent and persuasive book. . . . Bell has written what seems likely to be one of the field's definitive works."—Eliga H. Gould, International History Review

"It is difficult to enumerate the qualities of this wonderful account of late Victorian political thought on state, Empire and much besides. Duncan Bell has given us a fresh and invigorating look at the political debate in the late 19th-century British Empire, but he has also given us plenty of food for thought about our own times. Perhaps the most intriguing thing about this book is the way that it strikes contemporary notes, without ever being a-historical in its content or approach."—Andrew Williams, Round Table

"The Idea of Greater Britain is full of penetrating insights for those seeking to understand the nuances of Victorian notions of British Empire and how these quests relate to the future of world order."—Shih-Yu Chou, Political Studies Review

"In a work of great subtlety and nuance he provides a fresh perspective on an important but neglected debate. In doing so he contributes signi?cantly not only to British imperial and domestic history but also to a deeper understanding of British political thinking in the late nineteenth century. It will be difficult in the future for historians of British political thought to ignore the imperial dimension."—John Kendle, American Historical Review

"Bell's book, as a serious investigation of how...language was developed in the Victorian era, is a quietly powerful corrective."—Stephen Howe, Independent

"Bell . . . deserves our appreciation for taking the intellectual debate about imperial federation seriously and restoring it to its proper place in late Victorian political thought. His meticulous and engaging analysis offers a fresh perspective on some of the key questions confronting British thinkers in that era of change and uncertainty, questions concerning the territorial limits of the state, the contribution of technology to political integration, the role of race and ethnicity in allegiance to the nation, and the prospects for establishing global government. Some of those questions remain no less pertinent today than they did more than a century ago."—Dane Kennedy, Journal of Modern History

"The Idea of Greater Britain is a major addition to the understanding of Victorian political thought. It will be an excellent source of information and analysis for IR and political theorists—especially those working on the history of international relations—and will be indispensable to historians of Victorian society and empire."—Alan Goldstone, European Legacy

"In recent years scholars have become alert to the divergence of the academic discipline of international relations—however broadly conceived—from the history of political thought. Duncan Bell's assured and impressive monograph, which is derived from his PhD thesis, demonstrates the rich opportunities to be gained by bringing these two areas of enquiry into closer alignment."—Colin Kidd, History of Political Thought

"Victorian conceptions of empire have generally been considered in isolation from domestic political debate: the province of the economic or imperial historian rather than the historian of politics. In this impressive study, Duncan Bell resituates the arguments about a union of English-speaking peoples as an integral part of an anxious post-1870 debate about the condition of Britain in what contemporaries saw as a newly globalized world. Greater Britain was put forward as one solution to mass democracy or national decline. This is a pioneering work of research, which invites reconsideration of Victorian political thought as a whole."—Gareth Stedman Jones, University of Cambridge

"In this fine book, Bell has performed a real service by refocusing attention on the grand late-nineteenth-century debate about creating a 'Greater Britain' capable of rivaling the United States. It injects vigorous new life into a subject hitherto often a byword for dullness."—Peter Cain, Sheffield Hallam University

"Globalization, empire, and the uncertain future of the state are all topics high on the contemporary intellectual agenda, but ours is not the first generation to have viewed their interconnections with both anxiety and expectation. Duncan Bell's masterly survey of late-nineteenth-century British political thought shows how a generation of creative thinkers tackled transnationalism almost a century before the term was invented. The book is a major contribution to modern intellectual history and will surely become one of the foundational texts in the emerging field of the history of international thought."—David Armitage, Harvard University

"This is a very serious and illuminating study of a range of debates around the question of Britain as a focal point of an imperial or even a world order in the second half of the nineteenth century. Duncan Bell offers a comparative analysis of great subtlety and frequent insight concerning the ways an important political discourse was shaped, what background factors influenced and constrained it, and why political theorists and historians of political thought should take that discourse seriously. Readers interested in the antecedents of current debates on globalization will benefit from locating those debates historically."—Michael Freeden, University of Oxford

"The Idea of Greater Britain is an erudite presentation of an important but neglected stream of Victorian political thought. Duncan Bell convincingly demonstrates the conceptual inventiveness of the idea of Greater Britain through a comprehensive investigation of the political and intellectual context in which it was born. One of the book's most original contributions is to offer an alternative genealogy of global theorizing and global consciousness emerging directly from the paradoxes and possibilities born of the imperial experience."—Karuna Mantena, Yale University