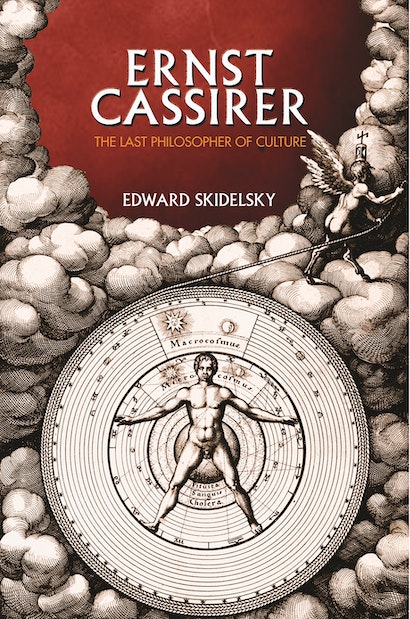 This is the first English-language intellectual biography of the German-Jewish philosopher Ernst Cassirer (1874-1945), a leading figure on the Weimar intellectual scene and one of the last and finest representatives of the liberal-idealist tradition. Edward Skidelsky traces the development of Cassirer’s thought in its historical and intellectual setting. He presents Cassirer, the author of The Philosophy of Symbolic Forms, as a defender of the liberal ideal of culture in an increasingly fragmented world, and as someone who grappled with the opposing forces of scientific positivism and romantic vitalism. Cassirer’s work can be seen, Skidelsky argues, as offering a potential resolution to the ongoing conflict between the “two cultures” of science and the humanities — and between the analytic and continental traditions in philosophy. The first comprehensive study of Cassirer in English in two decades, this book will be of great interest to analytic and continental philosophers, intellectual historians, political and cultural theorists, and historians of twentieth-century Germany.

Edward Skidelsky is lecturer in philosophy at the University of Exeter, and a regular contributor to the British national press, including Prospect, the Daily Telegraph, and the New Statesman.

"As Edward Skidelsky points out in his magnificent new account of Cassirer's intellectual development, 'cut off from their own religious traditions, yet denied full participation in civic life, assimilated German Jews embraced their host nation's philosophy, literature, and music with a fervour rooted in anxiety.'"—Stephen Gaukroger, Times Literary Supplement

"Skidelsky gives a close, technical account of the ways in which Cassirer was never just a Marburg School stereotype; but he aligned himself neither with the logical positivists nor with the Heideggerian, existentialist tradition which between them carved up the field of 20th-century philosophy, as they arguably continue to do."—David Simpson, London Review of Books

"Skidelsky should be congratulated for presenting us with an extremely readable and compelling account of Cassirer's work, delivering it from the stratospheric abstractness of the Marburg School and revealing a dynamic and engaging thinker who was open to every philosophical innovation."—Craig Brandist, Radical Philosophy

"When a scholarly commentator on Cassirer suddenly turns against him, we should sit up and pay attention."—Paul Bishop, Journal of European Studies

"Edward Skidelsky's Ernst Cassirer: The Last Philosopher of Culture is a much-needed critical overview of Cassirer's life and work from a contemporary Anglophone perspective."—Russell B. Goodman, Metaphilosophy

"[This] is surely the best one-volume intellectual portrait of Cassirer one could hope to read in the English language."—Peter E. Gordon, Notre Dame Philosophical Reviews

"Ernst Cassirer was a pivotal figure for a generation of philosophers, and his evolving application of Kant to the problems of philosophy is overdue for a serious revival of interest. Skidelsky does yeoman's work here in sifting through Cassirer's work in relation to the conflicting tensions of positivism and the phenomenological turn in Continental philosophy. This volume is an apt presentation of the impact of theoretical differences upon a whole host of philosophical stances. Further, Skidelsky's self-proclaimed skepticism of the extent to which Cassirer was able to eventually defend his metaphysical and political positions is refreshing."—R. E. Kraft, Choice

"Skidelsky's book is a must read for those interested in the history of ideas in general and for academic philosophers in particular. Indeed, philosophers, particularly of the Anglo-American variety, will find this book especially enlightening."—Kevin Aho, European Legacy

"Skidelsky's study of one of the great neglected twentieth-century theorists of culture and politics is welcome and timely. Subtle, erudite, and penetrating in its insights, Ernst Cassirer: The Last Philosopher of Culture will be compelling to anyone interested in the contradictions of modern culture and the future of liberal values."—John Gray, Emeritus Professor of European Thought, University of London

"It is remarkable that, until now, we have lacked a comprehensive intellectual biography of Ernst Cassirer in English. Skidelsky's accomplished study marvelously fills this void. His writing is refreshingly lucid; he provides a penetrating and insightful reconstruction of Cassirer's intellectual path."—Richard Wolin, author of The Seduction of Unreason

"A major accomplishment and an excellent introduction to Cassirer's philosophy. Most important, Skidelsky shows that Cassirer did not simply align himself with the tradition of German political thought reaching from Humboldt and Goethe to the later Thomas Mann, but that his entire philosophy was actually subservient to the project of rethinking the basis of political liberalism. Skidelsky overturns the widely accepted view that Cassirer was an apolitical epistemologist."—John Michael Krois, author of Cassirer: Symbolic Forms and History