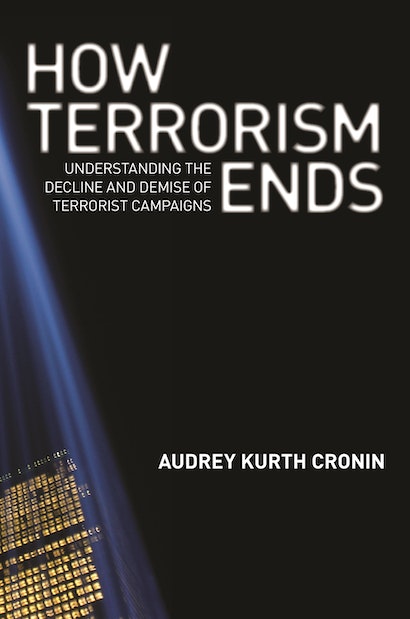 Amid the fear following 9/11 and other recent terror attacks, it is easy to forget the most important fact about terrorist campaigns: they always come to an end—and often far more quickly than expected. Contrary to what many assume, when it comes to dealing with terrorism it may be more important to understand how it ends than how it begins. Only by understanding the common ways in which terrorist movements have died out or been eradicated in the past can we hope to figure out how to speed the decline of today’s terrorist groups, while avoiding unnecessary fears and costly overreactions. In How Terrorism Ends, Audrey Kurth Cronin examines how terrorist campaigns have met their demise over the past two centuries, and applies these enduring lessons to outline a new strategy against al-Qaeda.

This book answers questions such as: How long do terrorist campaigns last? When does targeting the leadership finish a group? When do negotiations lead to the end? Under what conditions do groups transition to other forms of violence, such as insurgency or civil war? How and when do they succeed or fail, and then disappear? Examining a wide range of historical examples—including the anti-tsarist Narodnaya Volya, the Provisional IRA, Peru’s Shining Path, Japan’s Aum Shinrikyo, and various Palestinian groups—Cronin identifies the ways in which almost all terrorist groups die out, including decapitation (catching or killing the leader), negotiation, repression, and implosion.

How Terrorism Ends is the only comprehensive book on its subject and a rarity among all the books on terrorism—at once practical, optimistic, rigorous, and historical.

Audrey Kurth Cronin is professor of strategy at the U.S. National War College in Washington, DC, and senior associate in the Changing Character of War program at the University of Oxford. She is the author of Ending Terrorism: Lessons for Defeating al-Qaeda and the coauthor of Attacking Terrorism: Elements of a Grand Strategy. 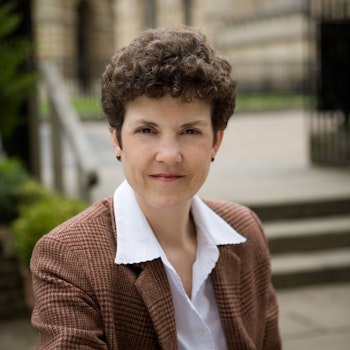 "Cronin makes a significant contribution to the scholarly literature on terrorism and counterterrorism. While other scholars have written extensively on the motivations, methods, and means of terrorism, Cronin is the first to look seriously and historically at how terrorist campaigns come to an end."—Choice

"While the causes of terrorism have long been subject to avid research, Audrey Kurth Cronin's cogent and thoughtful text responds to the curious dearth of works attending to its ends. This is clearly a timely project, coming as policy-makers and academics are increasingly seeking alternative ways to think about and practice terrorism. . . . [The] case-studies are easily the most gripping and readable sections of the text. Cronin never flattens for the sake of parsimonious argumentation, rather allowing the specificity of each case to enlighten us for the continuities and differences at work. As a consequence, they are rich in fascinating detail and her derived conclusions are sophisticated. . . . Such insights should rightly guarantee the text a wide readership. . . . The timeliness, clarity and simplicity of the project contained in How Terrorism Ends should commend it to readers of all descriptions. Above all, Cronin's sensible and well-argued call for 'smarter'(pg. 193) strategies for dealing with terrorism today is one that deserves to be widely heard."—Nicholas Michelsen, International Affairs

"By writing How Terrorism Ends, Audrey Kurth Cronin . . . has provided a service to everyone with an interest in counterterrorism by providing much-needed perspective. . . . Cronin's analysis is textured, challenging and insightful. And, as with all good analyses, the assertions at the heart of the argument prompt further lines of inquiry for scholars and practitioners to explore. . . . How Terrorism Ends shines a light on the key issues that relate to an al-Qa'eda threat that is becoming increasingly diffuse, diverse and devolved—and, even with the benefit of Cronin's perspective, difficult to predict."—Christopher Mackmurdo, Global Policy

"In a new book with the blunt title How Terrorism Ends, Cronin . . . has filled that gap by collecting and analyzing as much information as possible about the demise of past terrorist campaigns and organizations. Eschewing sociological or psychological speculation about why groups opt to use terrorism, she focuses instead on the strategic consequences of their actions. The result is a refreshingly sober treatment of the subject."—Justin Vogt, The National

"I applaud the outstanding analysis in this book. By meticulously selecting, recording, and examining terrorism, Cronin has provided an excellent foundation for the planners and implementers of counterterrorism."—Terence Parker, Michigan War Studies Review

"The fact that Cronin's book raises more questions than it answers may ultimately be a positive, because she aims to provide a wide ranging analysis of a subject in its early phases that can serve as a springboard to future studies. How Terrorism Ends is, therefore, a worthwhile book for both academics and policymakers. If a reader agrees with some points and finds others lacking, but ultimately considers how to grapple with terrorism from a new perspective, Cronin will have succeeded in her aims."—Peter J. P. Krause, Journal of Strategic Studies

"Cronin has written an important book on how terrorism ends. Her analysis is equally illuminating for its insights into why people engage in terrorism in the first place."—Max Abrahms, Middle East Quarterly

"[A] broad variety of approaches benefit from Cronin's work. It is hard to imagine a thoughtful reader who won't be provoked by something in this book. It is still harder to imagine one who won't fine his or her work enriched by it."—Thomas Maddux, H-Diplo ISSF

"How Terrorism Ends is comprehensive, historical, and academically rigorous. Terror campaigns might seem endless, but as Cronin has so accurately depicted, terror campaigns always end and usually not in the favor of the terrorists organization. I highly recommend the book to anyone with an interest in understanding terrorist organizations and the political and military means to defeat them."—Ken Miller, Military Review

"For all the scholarly work that has been done during the decade on terrorism and counter-terrorism, remarkably little has been done to compare the ways in which terrorist campaigns come to a conclusion. Audrey Kurth Cronin fills this gap admirably in her book How Terrorism Ends [by] using intelligent analysis and a wide array of historical examples."—Colin Dueck, Claremont Review of Books

"This is an impeccable text, offering some hope to those who fear a terrorist cataclysm, ways to ameliorate situations that foster or encourage terrorist activity, and a clear strategy for governments to pursue."—Rabbi Dr Charles H Middleburgh, Charles Middleburgh Blog

"The volume is beyond doubt a valuable addition to the literature on terrorism. In fact, it is one of the more important works to appear in recent years. The analyses and insights are valuable, and the conclusions that she derives are compelling."—James M. Lutz, European Legacy

"A truly superb book that addresses the actual resolution of terrorist movements. It has a clarity and definitiveness that is rare in the literature and, moreover, will be of special interest to any official or analyst endeavoring to cope with this threatening and sinister problem. Its careful and rigorous message is one of hope."—Philip Bobbitt, author of Terror and Consent: The Wars for the Twenty-first Century

"Thoughtful books on terrorism are sadly a rarity. How Terrorism Ends not only meets that test but also tackles a neglected aspect of the subject. I cannot think of another book that addresses the ending of terrorist campaigns in the systematic way or with the depth that Audrey Cronin does."—Adrian Guelke, author of Terrorism and Global Disorder

"This is a thoughtful, sensible, and well-researched analysis of an important but understudied subject with immense policy relevance. It presents a systematic comparative framework that places al-Qaeda in historical perspective."—Martha Crenshaw, author of Terrorism in Context

"This is a superb book dealing with an important and timely topic. It is impressive in its research, very well written, and full of insights. A must-read."—Brian Michael Jenkins, author of Will Terrorists Go Nuclear?