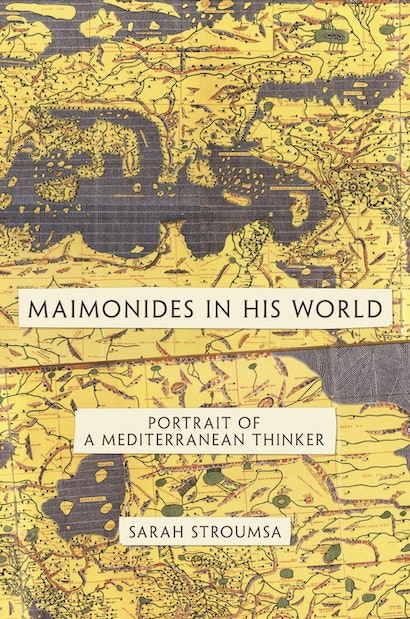 While the great medieval philosopher, theologian, and physician Maimonides is acknowledged as a leading Jewish thinker, his intellectual contacts with his surrounding world are often described as related primarily to Islamic philosophy. Maimonides in His World challenges this view by revealing him to have wholeheartedly lived, breathed, and espoused the rich Mediterranean culture of his time.


Sarah Stroumsa argues that Maimonides is most accurately viewed as a Mediterranean thinker who consistently interpreted his own Jewish tradition in contemporary multicultural terms. Maimonides spent his entire life in the Mediterranean region, and the religious and philosophical traditions that fed his thought were those of the wider world in which he lived. Stroumsa demonstrates that he was deeply influenced not only by Islamic philosophy but by Islamic culture as a whole, evidence of which she finds in his philosophy as well as his correspondence and legal and scientific writings. She begins with a concise biography of Maimonides, then carefully examines key aspects of his thought, including his approach to religion and the complex world of theology and religious ideas he encountered among Jews, Christians, Muslims, and even heretics; his views about science; the immense and unacknowledged impact of the Almohads on his thought; and his vision of human perfection.


This insightful cultural biography restores Maimonides to his rightful place among medieval philosophers and affirms his central relevance to the study of medieval Islam.

Sarah Stroumsa is the Alice and Jack Ormut Professor of Arabic Studies at the Hebrew University of Jerusalem, where she currently serves as rector. Her books include Freethinkers of Medieval Islam. 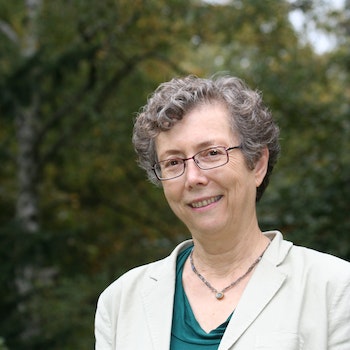 "Stroumsa considerably broadens our understanding of Maimonides's Graeco-Arabic sources. . . . Stroumsa does a fine job in bringing to life the Mediterranean setting in which Maimonides encountered this ideal, and tried to direct it towards the heart of Judaism. She challenges scholars of Jewish and Muslim thought to look beyond the artificial confines of their disciplines, and raises intriguing questions about the fluid intellectual boundaries of Jewish identity."—Carlos Fraenkel, Times Literary Supplement

"The book is well written, presenting its dense material in an accessible way. Though there are many quotations in Arabic, nothing essential is left untranslated or unexplained. Stroumsa makes her points forcefully and persuasively, positioning Maimonides as a thinker of great importance to Muslims as well as to Jews."—Pinchas Roth, AJL Newsletter

"Sarah Stroumsa's erudite and accessible Maimonidies in His World . . . is an exceptional work of critical scholarship that remains readable and relevant beyond the ivory tower. Indeed, its true significance might be found among a more general readership. . . . In the future conversations that are sure to ensue about Maimonides' place in contemporary Jewish life, Stroumsa's portrait will be a most welcome, indispensible guide."—Shai Secunda, Talmud Blog

"Stroumsa is an intellectual historian whose mastery of her material is impressive on many levels. . . . Maimonides in His World . . . is a book that will be considered required reading for anyone who works on Maimonides' life and thought. Stroumsa's scholarship is much too good for anyone in the field to ignore."—Kenneth Seeskin, Shofar

"The book delves into even more detail to discover many of Maimonides' innovations and the way in which they were enabled. Critical to Stroumsa's reading of Maimonides is her insistence that it is impossible to understand any of his texts without taking into account the scholarship of the Arabo-Islamic thinkers of his day."—David Shasha, Huffington Post

"[T]he methodological underpinnings of Stroumsa's approach are rock-solid and eminently worthwhile. Stroumsa is never strident or lacking in critical self-reflection. For every bold position she stakes out, she raises the contra-indications and gives them their due. In trying to understand the personal biography, the intellectual, the theologian, the scientist, and the halakhic authority, Stroumsa has conceived the richest portrait yet of 'The Great Eagle.'"—Ronald C. Kiener, Journal of the American Oriental Society

"Stroumsa brings her strengths as a scholar of Arabic thought to bear on Maimonides' biography and life's work."—Marc Herman, Sephardic Horizons

"Stroumsa paints a richly documented, nuanced portrait of Maimonides as a bold, open thinker whose sometimes revolutionary conception of Judaism draws freely from the multiple philosophical, theological, scientific, and ideological currents of his contemporary Mediterranean world. This intellectual biography covers the full range of Maimonides' writings, from law and philosophy to polemics and medicine, exposing novel and unexpected sources, for example, in Islamic theology and Almohad thought. Stroumsa points scholars in new directions for future study of the greatest Jewish figure of the Middle Ages."—Josef Stern, University of Chicago

"A stimulating, absorbing read. Stroumsa is a valuable and unique voice in a lively complex of debates about this extraordinary thinker. Her fundamental point—that Maimonides must be understood as a well-read and active participant in a diverse multiconfessional culture—is emphatically confirmed by sheer accumulation of data and clever argument."—Everett K. Rowson, New York University

"This is a serious piece of scholarship filled with many very fine insights. Sarah Stroumsa is a leading scholar in Judeo-Arabic studies, and one of those whose writings I value most."—Steven Harvey, Bar-Ilan University