How identity influences the economic choices we make 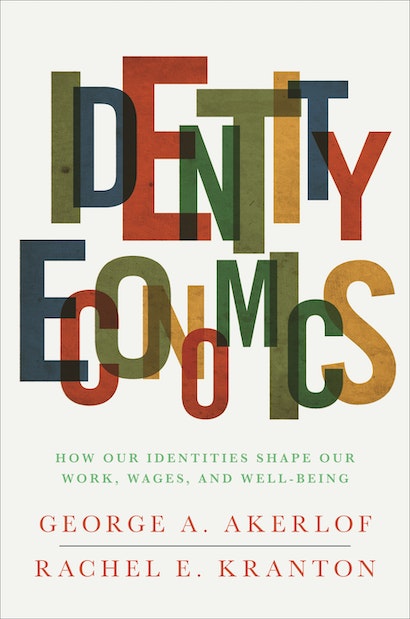 Identity Economics provides an important and compelling new way to understand human behavior, revealing how our identities—and not just economic incentives—influence our decisions. In 1995, economist Rachel Kranton wrote future Nobel Prize-winner George Akerlof a letter insisting that his most recent paper was wrong. Identity, she argued, was the missing element that would help to explain why people—facing the same economic circumstances—would make different choices. This was the beginning of a fourteen-year collaboration—and of Identity Economics.

The authors explain how our conception of who we are and who we want to be may shape our economic lives more than any other factor, affecting how hard we work, and how we learn, spend, and save. Identity economics is a new way to understand people’s decisions—at work, at school, and at home. With it, we can better appreciate why incentives like stock options work or don’t; why some schools succeed and others don’t; why some cities and towns don’t invest in their futures—and much, much more.

Identity Economics bridges a critical gap in the social sciences. It brings identity and norms to economics. People’s notions of what is proper, and what is forbidden, and for whom, are fundamental to how hard they work, and how they learn, spend, and save. Thus people’s identity—their conception of who they are, and of who they choose to be—may be the most important factor affecting their economic lives. And the limits placed by society on people’s identity can also be crucial determinants of their economic well-being.

George A. Akerlof, winner of the 2001 Nobel Prize in Economics, is the Koshland Professor of Economics at the University of California, Berkeley. He is the coauthor, with Robert Shiller, of Animal Spirits: How Human Psychology Drives the Economy, and Why It Matters for Global Capitalism (Princeton). Rachel E. Kranton is professor of economics at Duke University. 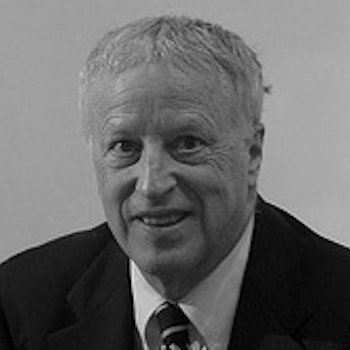 "[Akerlof and Kranton] explore the links between our identities and the everyday decisions we make about earning and spending money. Their goal is to add a more personal touch to economics."—New York Times

"There is no question monetary incentives are important—indeed critical—but it is important also to consider other meaningful ways to motivate and engage work forces. In a recent book by George Akerlof and Rachel Kranton, Identity Economics, the authors document how people in exceptional organizations work well because they identify with the values and the culture, not simply the financial rewards."—Al Gore and David Blood, Wall Street Journal

"An important new book. . . . Preserving our identity, obeying its rules, living by its norms is, Akerlof and Kranton argue, one of our central economic objectives. And our behaviour doesn’t make much sense unless the importance of identity is understood."—Daniel Finkelstein, The Times

"Identity Economics is a popular account of work that will already be familiar to economists who have read the authors' journal articles. It is admirably short, written in a clear, nontechnical style but without the condescending breeziness of many books aimed at the airport market. Nonspecialist readers will find a lot of insightful and well-informed analysis of how issues of identity have an impact on real economic problems."—Robert Sugden, Science

"The authors make a compelling case that the group with which individuals identify shapes their decisions about schooling, work, savings, investment, and retirement. This paradigm offers better ways of understanding the consequences of public policies and business practices. . . . Identity Economics provides a new language and a useful apparatus to take measure of 'real people in real situations.'"—Barron's

"Business managers, economists, policy makers, and school administrators will all gain fresh insights into similar enigmas that confront them if they bear the book's message in mind: identity matters."—ForeWord

"[A] lucid look at how social considerations carry economic consequences. . . . The authors use the word 'identity' as shorthand for the way people divide themselves into social groups, each of which—like high-school Jocks and Burnouts—has a sense of how to behave."—James Pressley, Bloomberg News

"The essence of the book is to place social contexts at the heart of an individual's decision-making. Tastes vary with social context, and concepts such as identity and norms influence the outcome."—Mint

"This is a completely new idea, which, in essence, says that one effect of being in an increasingly liberal and affluent society is that aspects of identity that previously didn't seem to matter much to economists are consciously influencing our behaviour."—Trevor Phillips, Prospect

"[Akerlof and Kranton] present the material in a very readable and entertaining way. Their findings are that economic behavior is governed by one's social category, by the norms of that social assignment, and by how one views one's identity in that social context."—Choice

"By the end of the book, my overwhelming feeling was that the authors had made a pretty robust case for why our profession should pay greater attention to the social structures that underpin our economic decisions. For this, they should be highly commended."—Samuel Tombs, Business Economist

"The book provides a solid basis for a plethora of future research, especially in the field of behavioural economics. . . . Identity economics is a step forward, progressing economic theory and understanding a little further along the path from Homo economicus to Homo sapiens."—David A. Savage, The Economic Record

"Akerlof is one of the most imaginative thinkers in neoclassical economics, and his earlier work on information economics essentially sparked off a revolution which dramatically changed the nature of the subject. Any work by him is worth pursuing."—Priyodorshi Banerjee, Economic & Political Weekly

"Identity Economics marks a very significant contribution to the ever-growing economic literature incorporating nonmonetary motives to explain behavior and as such it is highly recommended reading for social scientists."—Andreas P. Kyriacou, Public Choice

"This book is a must read for any social scientist whose interests lie in the intersection of economic analysis and real-world context and situations. While decidedly a trade book, the substantial list of references and strong foundations in the economics literature provide further reading for those who may be more mathematically inclined. Overall, the book was an interesting and informative read providing a framework for analysis not usually offered elsewhere."—Gabriel R. Serna, Journal of Economic Issues

"In the regular economic discourse of markets and taxes, we often forget about the forces that truly make a large difference in our lives. In Identity Economics we sit on an economic porch with Rachel Kranton and George Akerlof, observing what we care about most—our identity."—Dan Ariely, author of Predictably Irrational: The Hidden Forces That Shape Our Decisions

"In Identity Economics, George Akerlof and Rachel Kranton team up to bring people and their passions into economic analysis. Moving away from conventional accounts, they propose a bold paradigm to explain why and how identity and social norms shape economic decision making. With verve and insight, the book transforms standard economic understandings of organizations, schools, gender segregation, and racial discrimination. This new enlightened economics opens up a bright future for serious collaboration between economists and sociologists."—Viviana A. Zelizer, author of The Purchase of Intimacy

"This intriguing book shows how much can be learned when you add the tools of economics to the other intellectual resources now available for thinking about the power of identity. George Akerlof and Rachel Kranton report the results of technical modeling without immersing the reader in the technicalities. The result is an accessible work of commendable clarity."—Kwame Anthony Appiah, author of The Ethics of Identity

"Identity Economics blends elements of psychology with traditional economic analysis. The writing is clear, interesting, and light on jargon. The interplay between theoretical predictions and concrete examples is particularly successful. It brings fascinating developments at the frontier of economics within reach of a wide audience."—H. Peyton Young, University of Oxford

"Identity Economics is full of creative and interesting thoughts that will delight and intrigue those who read it. The writing is lucid and accessible with a minimum of standard economics jargon, making it possible for the book to have a wide readership across the social sciences."—Timothy Besley, London School of Economics and Political Science