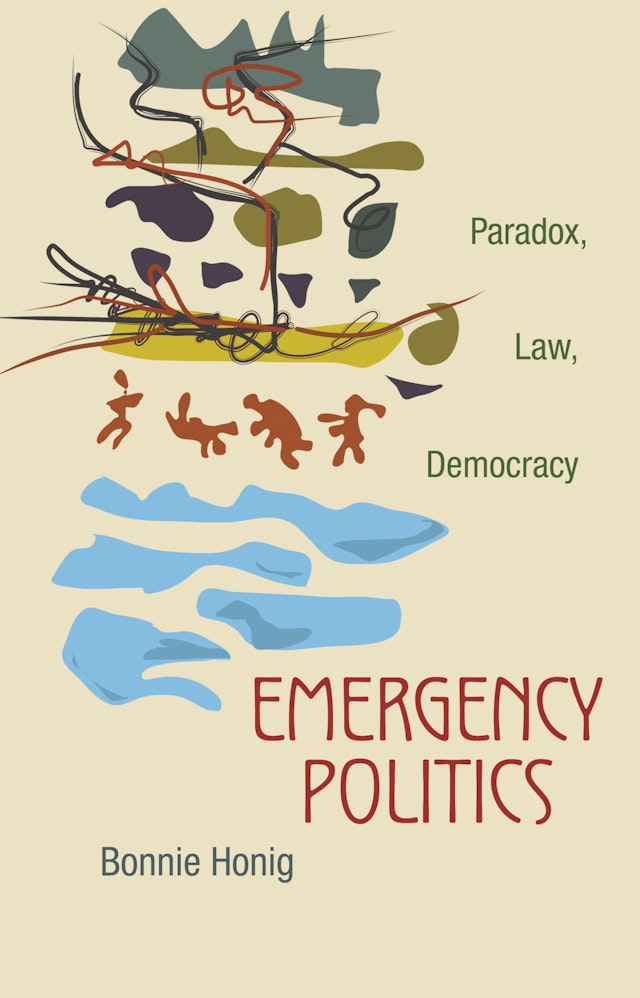 This book intervenes in contemporary debates about the threat posed to democratic life by political emergencies. Must emergency necessarily enhance and centralize top-down forms of sovereignty? Those who oppose executive branch enhancement often turn instead to law, insisting on the sovereignty of the rule of law or demanding that law rather than force be used to resolve conflicts with enemies. But are these the only options? Or are there more democratic ways to respond to invocations of emergency politics? Looking at how emergencies in the past and present have shaped the development of democracy, Bonnie Honig argues that democracies must resist emergency’s pull to focus on life’s necessities (food, security, and bare essentials) because these tend to privatize and isolate citizens rather than bring us together on behalf of hopeful futures. Emphasizing the connections between mere life and more life, emergence and emergency, Honig argues that emergencies call us to attend anew to a neglected paradox of democratic politics: that we need good citizens with aspirational ideals to make good politics while we need good politics to infuse citizens with idealism.

Honig takes a broad approach to emergency, considering immigration politics, new rights claims, contemporary food politics and the infrastructure of consumption, and the limits of law during the Red Scare of the early twentieth century. Taking its bearings from Moses Mendelssohn, Franz Rosenzweig, and other Jewish thinkers, this is a major contribution to modern thought about the challenges and risks of democratic orientation and action in response to emergency.

Bonnie Honig is the Sarah Rebecca Roland Professor of Political Science at Northwestern University and a senior research professor at the American Bar Foundation in Chicago. Her books include Democracy and the Foreigner (Princeton) and Political Theory and the Displacement of Politics.

"An essential corrective to democratic theorists' current obsession with Carl Schmitt, Emergency Politics confronts the leading challenges of democratic theory—the status of emergency powers, the ground of legitimacy, the scope of rights—and offers a perspective that finds generative potential in the paradox that we the people are always and necessarily both law's authors and law's subjects. A moving and hopeful take on issues that have led so many to profound skepticism."—David Cole, author of Justice at War: The Men and Ideas That Shaped America's War on Terror

"What a compelling idea to take Franz Rosenzweig as an original political thinker and antagonist to Carl Schmitt. In this book, Bonnie Honig shows that political theory and Judaism can be read differently, not simply to deconstruct them but in order to reshape democratic theory beyond its paradox. Torn between needs and ideals, democracy is not doomed or apocalyptic: it can survive by virtue of a 'state of emergency' that is not merely the unpredictable gesture of the sovereign, but the plural and contingent agency of the people."—Adriana Cavarero, University of Verona

"By redescribing 'emergency moments' as typical of political life generally, this book makes a compelling case for the adequacy of democratic politics—when conceived in a rich, agonistic fashion—to meet and make moments both ordinary and extraordinary."—Danielle S. Allen, Institute for Advanced Study

"This is an exciting book. Its fresh and bold approach to such long-studied questions of politics as founding, membership, legitimation, rights, liberation, cosmopolitanism, exception, discretion, and law invites a fundamental shift in perspective that substantially advances political science."—Jill Frank, University of South Carolina