New perspectives on the greatest Finnish composer of all time 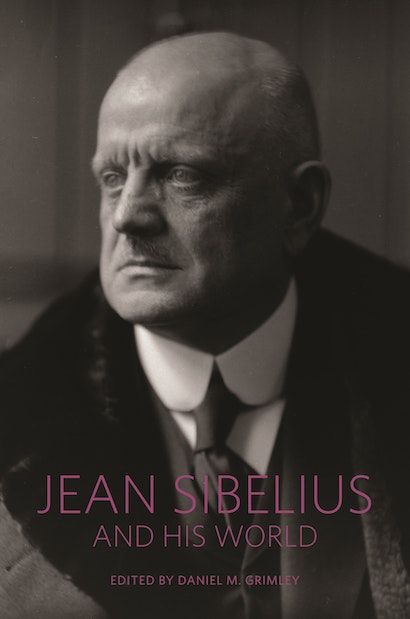 Perhaps no twentieth-century composer has provoked a more varied reaction among the music-loving public than Jean Sibelius (1865–1957). Originally hailed as a new Beethoven by much of the Anglo-Saxon world, he was also widely disparaged by critics more receptive to newer trends in music. At the height of his popular appeal, he was revered as the embodiment of Finnish nationalism and the apostle of a new musical naturalism. Yet he seemingly chose that moment to stop composing altogether, despite living for three more decades. Providing wide cultural contexts, contesting received ideas about modernism, and interrogating notions of landscape and nature, Jean Sibelius and His World sheds new light on the critical position occupied by Sibelius in the Western musical tradition.

The essays in the book explore such varied themes as the impact of Russian musical traditions on Sibelius, his compositional process, Sibelius and the theater, his understanding of music as a fluid and improvised creation, his critical reception in Great Britain and America, his “late style” in the incidental music for The Tempest, and the parallel contemporary careers of Sibelius and Richard Strauss.

Documents include the draft of Sibelius’s 1896 lecture on folk music, selections from a roman à clef about his student circle in Berlin at the turn of the century, Theodor Adorno’s brief but controversial tirade against the composer, and the newspaper debates about the Sibelius monument unveiled in Helsinki a decade after the composer’s death.

"The connection between Sibelius and the Russian tradition—an influence that went in both directions—is the subject of an excellent essay by Philip Ross Bullock in the book accompanying the festival, Jean Sibelius and His World, from Princeton University Press."—Zachary Woolfe, New York Times

"As this collection shows, there is a resurgence of interest in the music of Jean Sibelius. . . . [T]he book is full of useful information."—Choice

"Jean Sibelius and His World ends with English translations of a number of important primary documents. . . . Perhaps the most important document is Theodor Adorno's critique 'Goss on Sibelius.' I have read about these documents in many Sibelius essays, here and elsewhere, so we owe a debt of gratitude to Daniel Grimley for making them available in translation. This book represents the high level of current Sibelius scholarship and should be a welcome addition to academic music libraries."—Carl Rafikonen, Notes

"[T]his is a fine collection of essays that advances Sibelius research significantly. It bears the title Sibelius and his World, but it also does an excellent job of alerting the reader to Sibelius's relevance to our world."—Derek B. Scott, Music and Letters