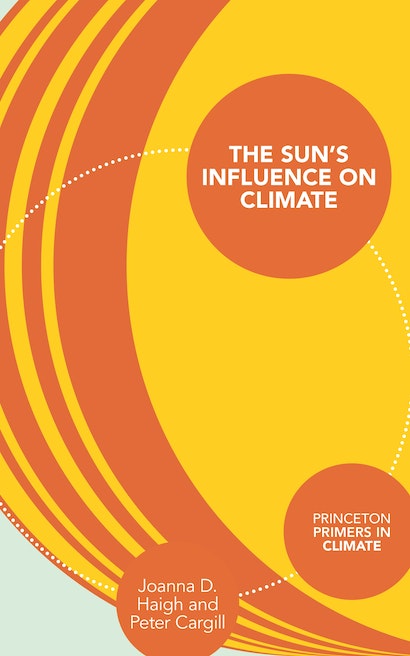 The Earth’s climate system depends entirely on the Sun for its energy. Solar radiation warms the atmosphere and is fundamental to atmospheric composition, while the distribution of solar heating across the planet produces global wind patterns and contributes to the formation of clouds, storms, and rainfall. The Sun’s Influence on Climate provides an unparalleled introduction to this vitally important relationship.

This accessible primer covers the basic properties of the Earth’s climate system, the structure and behavior of the Sun, and the absorption of solar radiation in the atmosphere. It explains how solar activity varies and how these variations affect the Earth’s environment, from long-term paleoclimate effects to century timescales in the context of human-induced climate change, and from signals of the 11-year sunspot cycle to the impacts of solar emissions on space weather in our planet’s upper atmosphere.

Written by two of the leading authorities on the subject, The Sun’s Influence on Climate is an essential primer for students and nonspecialists alike.

"Exceptional. No other book can compete with this one in providing students with a comprehensive, unified treatment of the subject."—Peter Pilewskie, University of Colorado Boulder

"This succinct volume will be invaluable to scientists and general readers who want to learn more about the Sun and its effects on our climate system. The Sun's Influence on Climate is an excellent book."—Gerald R. North, Texas A&M University

"The Sun's Influence on Climate provides a quick, nontechnical introduction to the topic. I know of no comparable book covering our current state of knowledge about solar-climate connections."—Hauke Schmidt, Max Planck Institute for Meteorology