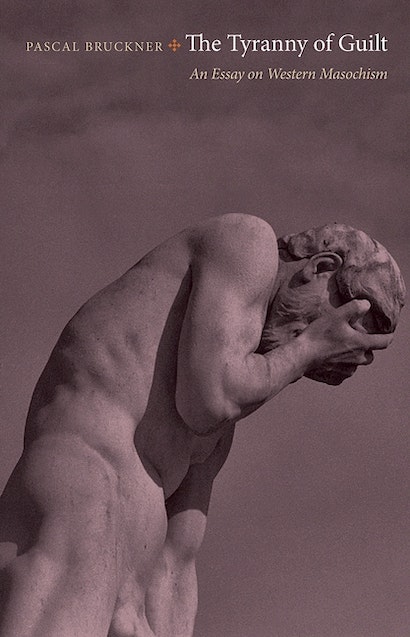 Fascism, communism, genocide, slavery, racism, imperialism—the West has no shortage of reasons for guilt. And, indeed, since the Holocaust and the end of World War II, Europeans in particular have been consumed by remorse. But Pascal Bruckner argues that guilt has now gone too far. It has become a pathology, and even an obstacle to fighting today’s atrocities. Bruckner, one of France’s leading writers and public intellectuals, argues that obsessive guilt has obscured important realities. The West has no monopoly on evil, and has destroyed monsters as well as created them—leading in the abolition of slavery, renouncing colonialism, building peaceful and prosperous communities, and establishing rules and institutions that are models for the world. The West should be proud—and ready to defend itself and its values. In this, Europeans should learn from Americans, who still have sufficient self-esteem to act decisively in a world of chaos and violence. Lamenting the vice of anti-Americanism that grips so many European intellectuals, Bruckner urges a renewed transatlantic alliance, and advises Americans not to let recent foreign-policy misadventures sap their own confidence. This is a searing, provocative, and psychologically penetrating account of the crude thought and bad politics that arise from excessive bad conscience.

Pascal Bruckner is the award-winning author of many books of fiction and nonfiction, including the novel Bitter Moon, which was made into a film by Roman Polanski. Bruckner's nonfiction books include Perpetual Euphoria and The Paradox of Love (both Princeton). 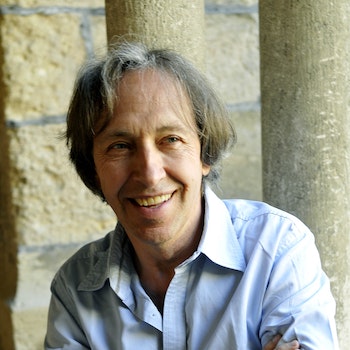 "The Tyranny of Guilt is one of the landmark books of our time. With humour, depth, breadth, restraint and great insight Bruckner diagnoses an infuriating era. . . . Pascal Bruckner's short book is one of the most vital published in recent years. If the civilisation which it explains survives then I suspect his book will have played as important a part as any piece of writing could in determining that outcome."—Douglas Murray, Literary Review

"That Bruckner's talents defy classification might help to account for the relatively understated reception of his work on this side of the Atlantic. This situation is likely to change soon: along with The Tyranny of Guilt, Princeton University Press will also publish Perpetual Euphoria. . . . Bruckner is a bold and eloquent and important thinker."—Richard Wolin, New Republic

"[The Tyranny of Guilt] is a work of bracing lucidity and exhilarating perception. . . . Europe needs to rethink its attitude towards its past if it is to build a more inclusive and dynamic future. As this exceptional book so emphatically shows, guilt is a luxury we can no longer afford."—Andrew Anthony, The Observer

"When it comes to the sweaty metabolism of guilt, Bruckner is perhaps the most accomplished anatomist since Nietzsche. (He is also, like Nietzsche, an extraordinary stylist, commanding a sinewy, memorably epigrammatic prose.) . . . Ferociously intelligent, passionately argued, stylistically brilliant."—Roger Kimball, National Review

"As a result of his literary background and immersion in the fiery French essayist tradition, he writes in a sparkling prose, captured well here by his translator, Steven Rendall. The resulting tone is redolent for Anglo-Saxon readers of an earlier era, when social critics like Marx or Nietzsche conveyed their ideas with combative gravitas. Beneath Bruckner's eloquence is a serious message: we remain prisoners of a white guilt whose victim is its supposed beneficiary. . . . [T]his is a stirring and important book."—Eric Kaufmann, Prospect

"Mr. Bruckner cites literary figures, journalists and intellectuals throughout the Western world making the case that whatever punishment the West has been made to suffer—e.g., the horrors of 9/11—are merely well deserved."—Wall Street Journal

"Bruckner's book is controversial at times, but he does a wonderful job of combining passionate writing with a well-argued critique of modern Europe."—Library Journal

"[Pascal Bruckner's] angry book could change a whole civilization's opinion, if only that civilization had sense enough to pay attention."—Robert Fulford, National Post

"In the end, Bruckner's real theme is something deeper and broader: Western guilt and the resulting lack of self-belief. Again, he sees the origins of this in a guilty conscience, and there is an echo here of debates sixty or more years ago over Communism."—Geoffrey Wheatcroft, National Interest

"These provocative statements undergird Bruckner's brilliant polemic arguing that European remorse for the sins of imperialism, fascism, and racism has gripped the continent to the point of stifling its creativity, destroying its self-confidence, and depleting its optimism."—Daniel Pipes, National Review Online

"Bruckner shows how selective we are about teaching history and how our media is obsessed with only one struggle (Israel/Palestine) while ignoring others (Sudan/Darfur). The essay, translated into clear American English, is provocative, scholarly and accessible."—Julia Pascal, The Independent

"In Pascal Bruckner's recent essay The Tyranny of Guilt, we finally get an argument that should move those ready away from the masochistic acceptance of blame for every bad thing in the world."—Stanley Crouch, Daily Beast

"Bruckner's originality lies in taking the narcissism of Western guilt and using the old distinction between repentance, where one resolves to find absolution by doing better, and remorse, where one wallows in perpetual penitence, to create a synthesis of great explanatory power."—Nick Cohen, The Australian

"As the Obama administration and congressional Democrats work to make the United States a more European-style society, The Tyranny of Guilt arrives at the right time (and kudos to Princeton University Press for publishing such a bracing, politically incorrect book). Pascal Bruckner, who remains a man of the left in some sense, recognizes the true genius of the West—and the capacity of its brightest minds to forget that genius or, worse, condemn it."—Brian Anderson, New Criterion

"[Bruckner's] basic thesis is that the entire western world is addicted to wallowing in guilt about the past, and that the root of it all is roughly religious—stemming from the notion of original sin. Bruckner's most vivid illustration of our addiction to guilt is that so many thinkers and commentators could greet the murder of 3,000 people on September 11, 2001, with cries of 'we had it coming.'"—Irish Independent

"Bruckner, a French intellectual, argues brilliantly if controversially it's high time the West lighten up, bring historical perspective to itself, celebrate its more prosperous institutions, and stop hamstringing its relations with other groups."—Miriam Cosic, Australian

"It's no put-down of Pascal Bruckner's latest book to say I enjoyed it in the same way I enjoyed the Daily Express, although his canvas is bigger and his style more literary and erudite. . . . In this work, [Bruckner] has many shrewd insights into contemporary Europe."—Tara McCormack, Spiked

"Pascal Bruckner has written a passionate meditation that many, especially on the Left, will find provocative. One might even hope that this little book will awaken European thinkers from their dogmatic slumber and lead them to consider the advantages and disadvantages of history for European civic life."—Daniel DiSalvo, Society

"With eloquence, relish, and confidence, Pascal Bruckner confronts those whose morbid addiction to self-blame has begun to flirt with the suicidal. It's not necessary to concur with him about what constitutes faith or the lack of it. More useful and surprising (and educational) is to compare his authentic quotations from Fanon with the currently received opinion of that author. This is a book that issues a challenge in every chapter, and in some chapters on every page."—Christopher Hitchens

"With controlled anger, Pascal Bruckner scrutinizes European civilization and unsparingly tells the truth, no matter how congenial: Europe is worth admiring and emulating. Its spirit of critical inquiry has produced a culture of tolerance, liberalism, and learning. Its historical sins of omission and commission are legion, yet its values have allowed us to supersede them. In attacking a republican heresy of guilt without accountability, Bruckner chooses the right target and to great effect. This is a bracing call for the universality of republican ideals."—Oliver Kamm, columnist and editorial writer for The Times (London)

"In telling the West not to die of guilt, Pascal Bruckner has laid himself open to attack from all those who think it should. But this essential book, subtly argued and scholarly though it is, has a simple formulation at its heart that would be enough by itself to convey the power of his case: the West didn't invent slavery, the West invented its abolition. His ability to focus light on propositions like that makes him one of the indispensable philosophers of our time."—Clive James, novelist, poet, and essayist

"Bruckner's writing combines wit, learning, and savage indignation. The result is a brilliant defense of liberalism and a deservedly contemptuous assault on all those intellectuals who have betrayed its best values."—Nick Cohen, author of What's Left?: How the Left Lost Its Way

"Pascal Bruckner might well be the most distinguished essay writer in France today. He is both inordinately talented and prodigiously politically incorrect. No one better unmasks the pieties of the reigning intellectual cant. Whether one agrees or disagrees with him, he does the life of the mind an invaluable service."—Richard Wolin, author of The Wind from the East