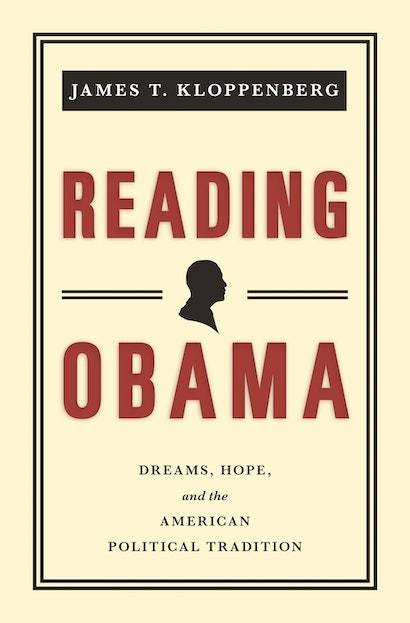 Derided by the Right as dangerous and by the Left as spineless, Barack Obama puzzles observers. In Reading Obama, James T. Kloppenberg reveals the sources of Obama’s ideas and explains why his principled aversion to absolutes does not fit contemporary partisan categories. Obama’s commitments to deliberation and experimentation derive from sustained engagement with American democratic thought. In a new preface, Kloppenberg explains why Obama has stuck with his commitment to compromise in the first three years of his presidency, despite the criticism it has provoked.

Reading Obama traces the origins of his ideas and establishes him as the most penetrating political thinker elected to the presidency in the past century. Kloppenberg demonstrates the influences that have shaped Obama’s distinctive worldview, including Nietzsche and Niebuhr, Ellison and Rawls, and recent theorists engaged in debates about feminism, critical race theory, and cultural norms. Examining Obama’s views on the Constitution, slavery and the Civil War, the New Deal, and the civil rights movement, Kloppenberg shows Obama’s sophisticated understanding of American history. Obama’s interest in compromise, reasoned public debate, and the patient nurturing of civility is a sign of strength, not weakness, Kloppenberg argues. He locates its roots in Madison, Lincoln, and especially in the philosophical pragmatism of William James and John Dewey, which nourished generations of American progressives, black and white, female and male, through much of the twentieth century, albeit with mixed results.

Reading Obama reveals the sources of Obama’s commitment to democratic deliberation: the books he has read, the visionaries who have inspired him, the social movements and personal struggles that have shaped his thinking. Kloppenberg shows that Obama’s positions on social justice, religion, race, family, and America’s role in the world do not stem from a desire to please everyone but from deeply rooted—although currently unfashionable—convictions about how a democracy must deal with difference and conflict.

James T. Kloppenberg is the Charles Warren Professor of American History and chair of the history department at Harvard University. His books include Uncertain Victory: Social Democracy and Progressivism in European and American Thought, 1870-1920; The Virtues of Liberalism; and A Companion to American Thought.

"A welcome addition. . . . With his breadth of knowledge and his simplicity of prose, Kloppenberg is a fine guide."—David Greenberg, New Republic

"Reading Obama offers a fascinating view of the man Kloppenberg calls 'the most penetrating political thinker elected to the presidency in the past century.'"—Newark Star-Ledger

"One of Kloppenberg's most important claims is that Obama embodies the spirit of pragmatism—not the colloquial pragmatism that is more or less the same thing as practicality, but the philosophical pragmatism that emerged largely from William James and John Dewey and continued to flourish through the work of Richard Rorty, Hilary Putnam, and others. Kloppenberg provides an excellent summary of the pragmatic tradition—a tradition rooted in the belief that there are no eternal truths, that all ideas and convictions must meet the test of usefulness. . . . Kloppenberg is best when he analyzes Obama's own writing—Dreams from My Father, The Audacity of Hope, and some of his memorable speeches. He gives an excellent analysis of Obama's views of Lincoln and of the ways in which he has come to terms with race."—Alan Brinkley, Democracy

"The case Kloppenberg makes is persuasive and, for anyone interested in the larger context of Obama's thinking, he demonstrates that this serious man is a rarity."—Bruce Elder, Sydney Morning Herald

"[An] excellent book . . . Kloppenberg offers a broad and deep interpretation of the education of Obama."—Anglican Theological Review