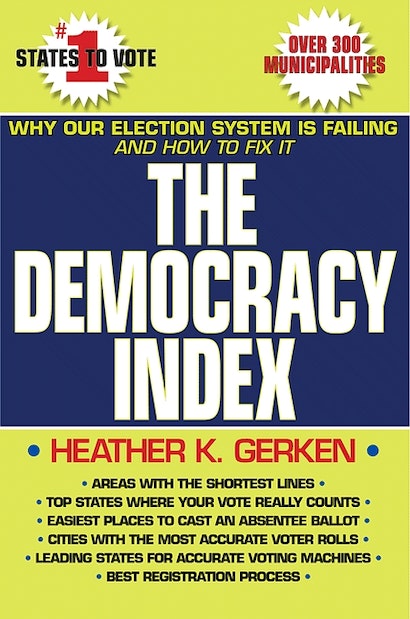 Despite howls for reform, the only thing separating us from another election disaster of the kind that hit Florida in 2000, and that almost struck again in Ohio in 2004, may simply be another close vote. In this lucid and lively book, Heather Gerken diagnoses what is wrong with our elections and proposes a radically new and simple solution: a Democracy Index that would rate the performance of state and local election systems. A rough equivalent to the U.S. News and World Report ranking of colleges and universities, the Index would focus on problems that matter to all voters: How long does it take to vote? How many ballots get discarded? How often do voting machines break down? And it should work for a simple reason: no one wants to be at the bottom of the list.


For a process that is supposed to be all about counting, U.S. elections yield few reliable numbers about anything — least of all how well the voting system is managed. The Democracy Index would change this with a blueprint for quantifying election performance and reform results, replacing anecdotes and rhetoric with hard data and verifiable outcomes. A fresh vision of reform, this book shows how to drive improvements by creating incentives for politicians, parties, and election officials to join the cause of change and to come up with creative solutions — all without Congress issuing a single regulation.


In clear and energetic terms, The Democracy Index explains how to realize the full potential of the Index while avoiding potential pitfalls. Election reform will never be the same again.

Heather K. Gerken is the J. Skelly Wright Professor of Law at Yale Law School, where she teaches election and constitutional law. She is a frequent media commentator on elections and has written for the New Republic,
Roll Call,
Legal Affairs, and the Legal Times. 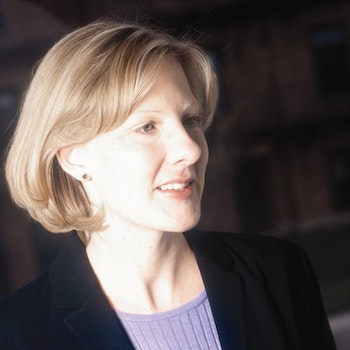 "The Democracy Index is an incredibly powerful work because it shows the way forward for using data in the service of reform. . . . A powerful call for a new approach to election administration. Anyone with even a tangential interest in improving our nation's election system should take some time to read the book."—Doug Chapin, Electionline Weekly

"Gerken writes in an accessible and engaging style, making this book about a not exactly-sexy topic a pretty good read. Her prose are written in a welcome straight-forward, and unstuffy style. . . . Filled with anecdotes and examples to support and flesh-out the author's arguments, The Democracy Index is a quick, interesting and important read for anyone invested in America getting Democracy right."—Stefan Fergus, Civilian Reader

"Gerken is well aware of the pertinent literature and uses it effectively to describe the information we have about voting and the information we lack. I found her argument compelling. I was particularly impressed by the way in which she anticipated criticisms and responded to them. The psychological underpinning upon which she bases her case is equally impressive. This is a very good book with an important idea. I hope that it gains a wide and appreciative readership that generates a much-needed debate on election reform in the United States."—Stephen J. Wayne, Perspectives on Politics

"[Gerken's] book provides a valuable contribution and is a very useful starting point for thoughtful discussion and consideration of the data we need to evaluate democracy."—Lonna Rae Atkeson, Political Science Quarterly

"Addressing a timely topic in highly accessible style, this book is recommended for all interested readers."—Bob Nardini, Library Journal

"The Democracy Index not only reconnects the legal academy with election administration at just the right time, but also points to a new framework for reorienting election law as a field of study and an area for legal reform. . . . Beyond its academic impact on election-law scholarship, The Democracy Index may be a rare example of the best hopes of scholarship, transcending theory into practice as a meaningful political reform where it is badly needed."—Michael S. Kang, Texas Law Review

"Anyone interested in learning what's wrong with the American election system should read Heather Gerken's book. It outlines the case for change and gives many concrete examples. . . . Gerken's Democracy Index is an excellent, affordable low risk idea. Let us hope it is taken up. It is certainly worth a try."—Peter Brent, Australian Review of Public Affairs

"Gerken has written a compelling and practical plan for improving the conduct of American elections. The Democracy Index offers a politically sophisticated strategy for converting those forces that typically frustrate reform—partisanship and localism—into engines of reform. Given the evident shortcomings in the ways in which citizens register to vote, cast their ballots, and have their choices counted, the subject of this book could not be more important. And Gerken's lively and engaging prose makes it a genuine pleasure to read."—Thomas E. Mann, coauthor of The Broken Branch: How Congress Is Failing America and How To Get It Back on Track

"What a terrific idea! Heather Gerken makes a powerful argument that with the Democracy Index, ranking states and localities, we can create a little competition to improve our electoral process. She makes the brilliant suggestion that democratic checks should be enlisted to improve democracy itself. In the process of elaborating what may well be the best recent idea for promoting electoral reform, Gerken offers a fun and engaging read. I couldn't put it down."—Cass R. Sunstein, coauthor of Nudge: Improving Decisions about Health, Wealth, and Happiness

"The idea that drives The Democracy Index is fresh, original, and potentially of genuine practical importance in improving the performance of our election system. Heather Gerken writes with energy, flair, and a conversational, engaging tone that draws readers in."—Richard Pildes, coauthor of The Law of Democracy

"The idea of The Democracy Index is brilliant and it seems obvious once it is stated. I suspect that I will not be alone in wishing that I had come up with the idea. This book will appeal to a wide audience."—Michael Hanmer, coauthor of Voting Technology: The Not-So-Simple Act of Casting a Ballot

"The Democracy Index is very exciting. It covers all the important aspects of the Index and effectively explains how it could improve the electoral process."—Thad Hall, coauthor of Electronic Elections