How nations move from war to peace 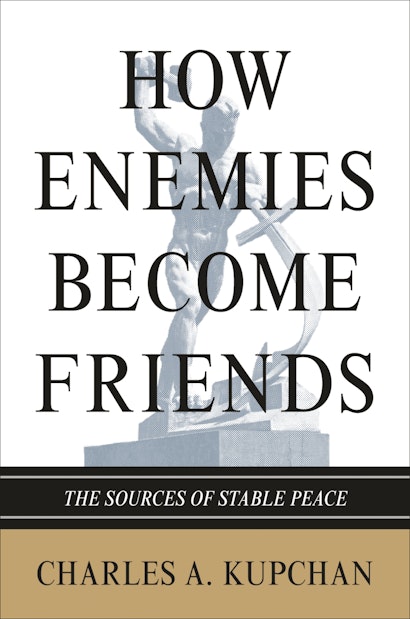 Is the world destined to suffer endless cycles of conflict and war? Can rival nations become partners and establish a lasting and stable peace? How Enemies Become Friends provides a bold and innovative account of how nations escape geopolitical competition and replace hostility with friendship. Through compelling analysis and rich historical examples that span the globe and range from the thirteenth century through the present, foreign policy expert Charles Kupchan explores how adversaries can transform enmity into amity—and he exposes prevalent myths about the causes of peace.

Kupchan contends that diplomatic engagement with rivals, far from being appeasement, is critical to rapprochement between adversaries. Diplomacy, not economic interdependence, is the currency of peace; concessions and strategic accommodation promote the mutual trust needed to build an international society. The nature of regimes matters much less than commonly thought: countries, including the United States, should deal with other states based on their foreign policy behavior rather than on whether they are democracies. Kupchan demonstrates that similar social orders and similar ethnicities, races, or religions help nations achieve stable peace. He considers many historical successes and failures, including the onset of friendship between the United States and Great Britain in the early twentieth century, the Concert of Europe, which preserved peace after 1815 but collapsed following revolutions in 1848, and the remarkably close partnership of the Soviet Union and China in the 1950s, which descended into open rivalry by the 1960s.

In a world where conflict among nations seems inescapable, How Enemies Become Friends offers critical insights for building lasting peace.

Charles A. Kupchan is professor of international affairs at Georgetown University and senior fellow at the Council on Foreign Relations. He served on the National Security Council during the Clinton presidency and is the author of The End of the American Era (Knopf). 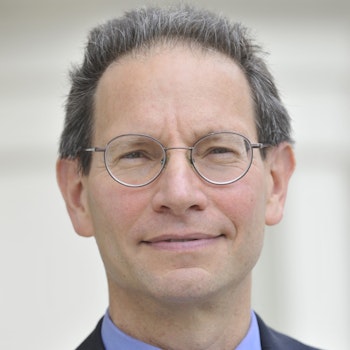 "Kupchan's magisterial accomplishment, drawing on an extraordinary range of theories and cases, is to provide an overarching account of when and why countries in conflict move toward stable peace. . . .This book will be read by scholars and policy thinkers for a very long time."—G. John Ikenberry, Foreign Affairs

"Kupchan has a lucid style and writes with authority and wisdom. In the course of his argument, he knocks firmly on the head a number of dangerously misleading nostrums."—G. R. Berridge, Hague Journal of Diplomacy

"[Kupchan] is one of those rare Americans with a genuinely global view of international relations. . . . By the time he reaches the end of his brilliant analysis, Kupchan has shown that diplomacy and wilful compromise are the real foundations of peace."—Gilles Andreani, Survival

"This wide-ranging comparative historical study seeks to discover why and how some adversaries not only achieved friendship but created zones of durable peace."—Choice

"How Enemies Become Friends is an ambitious book, which, through a combination of theoretical understanding and in-depth case studies, delivers a powerful argument that champions Obama's policy of engagement with Iran and China. Such an important topic demands vigorous analysis, which Kupchan is well qualified to deliver. . . . This book is entitled to serious consideration by those in the field of international relations."—Grace Nicholls, Majalla

"How Enemies Become Friends is a highly important contribution to the debate in the United States on how to manage U.S. foreign and security policy in a world of considerably reduced U.S. power. Above all, Kupchan provides the historical and theoretical underpinning for ideas of strategic accommodation: the need for America to take large-scale and visible steps to acknowledge the power and the interests of other states, and, when necessary, to scale back its own regional ambitions and roles. . . . The greatest strength of Kupchan's book is its extraordinarily wide-ranging account of different processes of strategic accommodation, restraint, and reconciliation through history—including a number of examples that are very rarely examined in international relations studies (the case of the Iroquois, for one)."—Anatol Lieven, Democracy

"[T]his is an important and eminently practical and transparent book of value to diplomats and statesmen. . . . [I]n substance it is a clear and compelling one that, in addition, takes one into exotic politico-historic case study lore that you probably never knew before. I recommend it."—Marc E. Nicholson, AmericanDiplomacy.org

"Kupchan's theoretical enterprise is as ambitious as the scope of his empirical inquiry is impressive. . . . Kupchan gives his readers a lot of material to ponder."—Shiping Tang, World Politics

"In a fascinating . . . book, How Enemies Become Friends, Charles A. Kupchan reviews many historical case studies of how nation-states with a long history of conflict managed eventually to become secure and peaceful friends."—Robert Shiller, Project Syndicate

"His book makes an important contribution to peace studies and it provides insights into less known cases from Asia and the Arab world. . . . [H]is arguments are . . . very convincing, and he gives us a better understanding of peace in international relations."—Alexander Kleibrink, Global Policy

"How Enemies Become Friends is a very insightful and well-written book which is certain to raise interest among students and researchers in IR, policymakers, and analysts, as well as the broader audience concerned with peace in world politics."—Fernando Cavalcante, Millennium: Journal of International Studies

"Using historical studies of rapprochement, security community, and union as pillars for a stable world order in the twenty-first century, Charles Kupchan once again leapfrogs conventional foreign policy wisdom. He rightly foresees the elements of and a blueprint for a new global commons, one constructed of mutual interest. This is a mature work produced by a mature thinker."—Gary Hart, former U.S. Senator

"This is a work of admirable breadth and unusual interest. Combining an interesting theoretical framework with an extraordinarily diverse set of case studies, Kupchan has produced a lucid work that should be valued by both the academic and policymaking worlds in sorting out the relationships among classic diplomacy, democracy, and peace."—Anthony Lake, Georgetown University

"In this intellectual tour de force Charles Kupchan provides a theoretically ambitious, admirably eclectic, and empirically rich account of the different worlds of international relations that are normally studied in isolation: anarchy, rapprochement, security community, and union. Statecraft not regime attributes, and politics not economic interdependence, put enemies on the pathway to peace, starting with unilateral accommodation and ending with the generation of new narratives and identities. This is a big book in every sense of the word and a major scholarly achievement."—Peter J. Katzenstein, Cornell University

"Theoretically ambitious and historically audacious, How Enemies Become Friends is an invaluable and timely contribution to our understanding of the causes of war and peace. Grounded in international relations scholarship and informed by an intimate knowledge of the actual practice of international security, Kupchan's book deserves to be read by scholars and practitioners alike."—Michael Barnett, University of Minnesota

"This is an extremely ambitious book about a very important topic. It delivers through a well-crafted combination of theoretical innovation and detailed case studies. Kupchan offers a powerful and carefully assembled argument that will have a substantial impact on the field of international relations."—Daniel Deudney, Johns Hopkins University