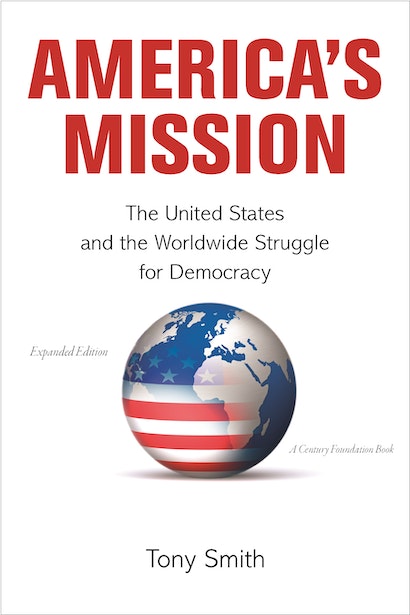 America’s Mission argues that the global strength and prestige of democracy today are due in large part to America’s impact on international affairs. Tony Smith documents the extraordinary history of how American foreign policy has been used to try to promote democracy worldwide, an effort that enjoyed its greatest triumphs in the occupations of Japan and Germany but suffered huge setbacks in Latin America, Vietnam, and elsewhere. With new chapters and a new introduction and epilogue, this expanded edition also traces U.S. attempts to spread democracy more recently, under presidents Clinton, Bush, and Obama, and assesses America’s role in the Arab Spring.

Tony Smith is the Cornelia M. Jackson Professor of Political Science at Tufts University. His recent work includes The Crisis of American Foreign Policy: Wilsonianism in the Twenty-First Century (Princeton).

"America's Mission is a book with a mission. It's aim . . . is nothing less than to overthrow the hitherto dominant theory dealing with American foreign affairs and to put in its place a different one."—Theodore Draper, New York Review of Books

"[Smith's] account of the 20th century is just about as close to unputdownable as it gets in the genre of political history, and ends up advocating what seems to be an appropriate level of optimism for what remains, after all, a terrifying and chaotic world."—Washington Post

"This work, formidable in scope and scholarship, is a rousing defense of liberal Wilsonian internationalism. . . . [Smith's] historical account [of attempts to implant democracy] is accompanied by a sophisticated analysis of the perspectives on democratization of Marxists, comparativists, and realists, who hold respectively, says the author, that the United States will not, cannot, and should not promote democracy worldwide."—David C. Hendrickson, Foreign Affairs

"Smith elegantly ties explanation of the past to prescription for the future. No other contemporary political scientist . . . has connected those two dimensions to this subject so well."—Mark P. Lagon, Perspectives on Political Science

"A historically sweeping, theoretically ambitious study of American attempts at promoting liberal democracy abroad, this is the most subtle and thorough examination of a "mission" that has had more than its share of successes, halts, detours, and deviations. No student of America in this world will be able to ignore it: there is simply no comparable volume."—Stanley Hoffmann, Chairman, Center for European Studies, Dillon Professor of the Civilization of France

"No one concerned with America's role in the world can afford to ignore the powerful argument and impressive scholarship of this landmark study."—Ronald Steel, University of Southern California, School of International Relations

"Breathtaking in its coverage. . . . The author combines historical narrative with political analysis in dazzling fashion, particularly on Woodrow Wilson, whose pragmatic idealism is the leitmotif of this book."—Arthur S. Link, Princeton University