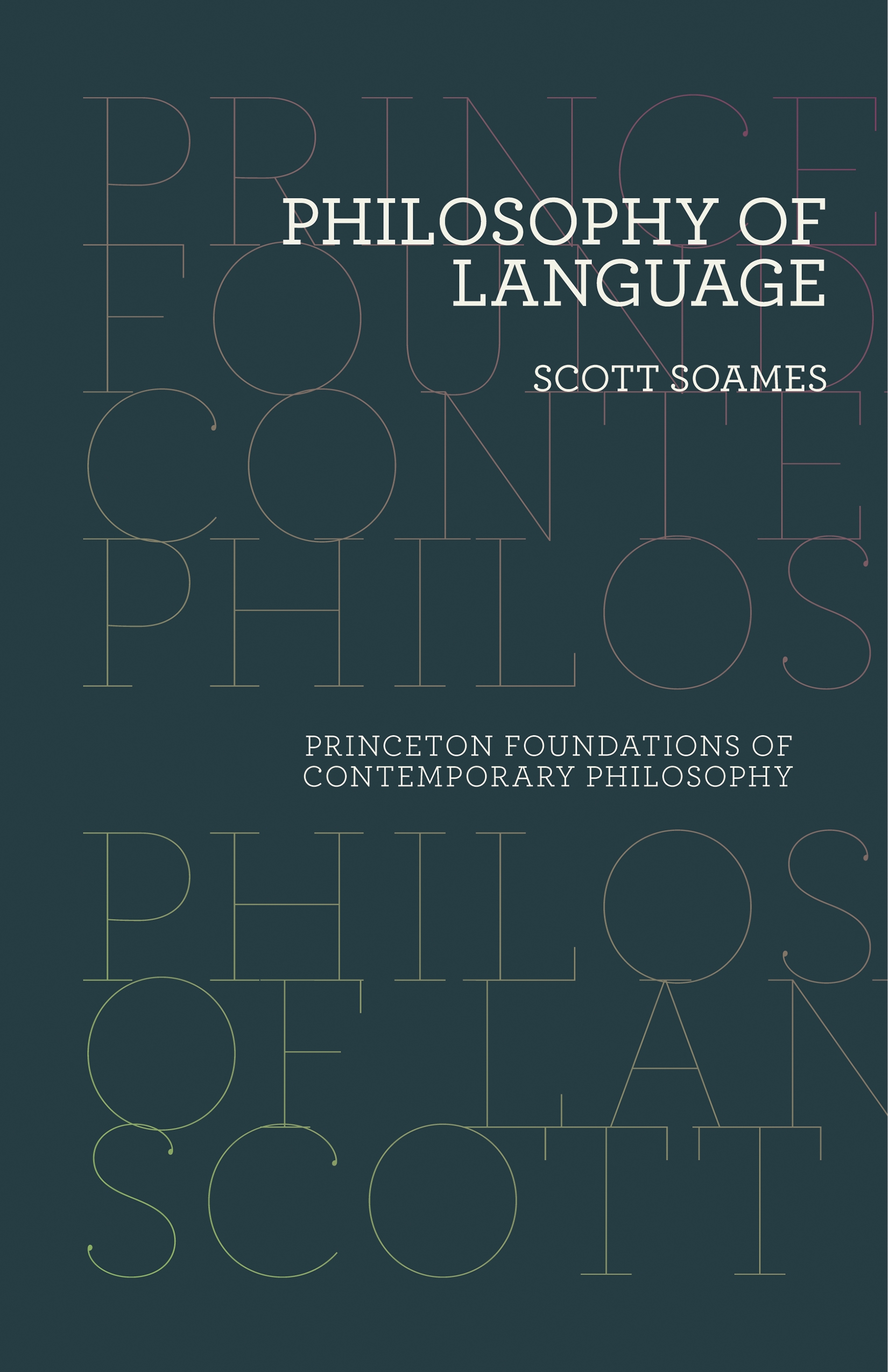 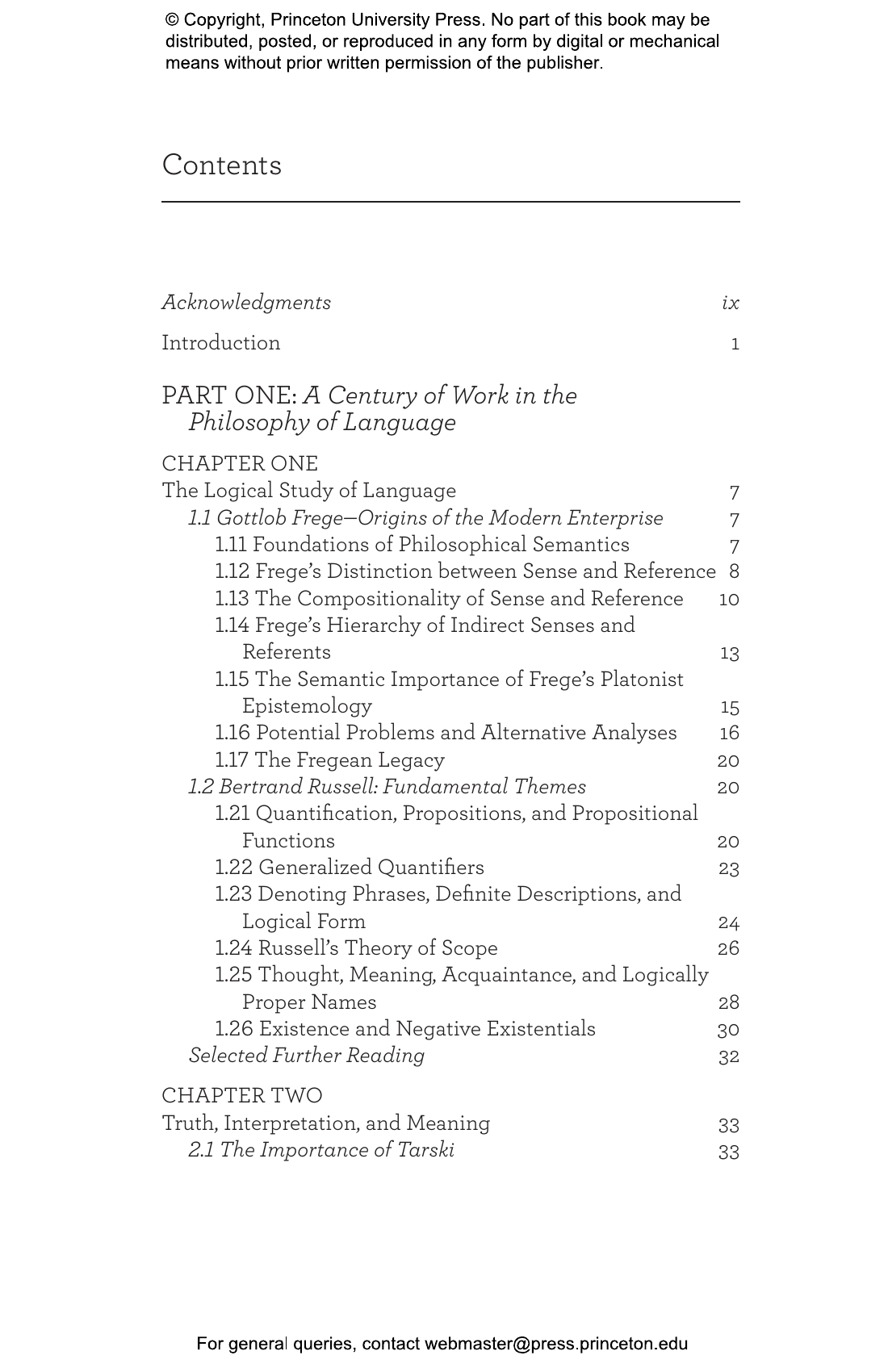 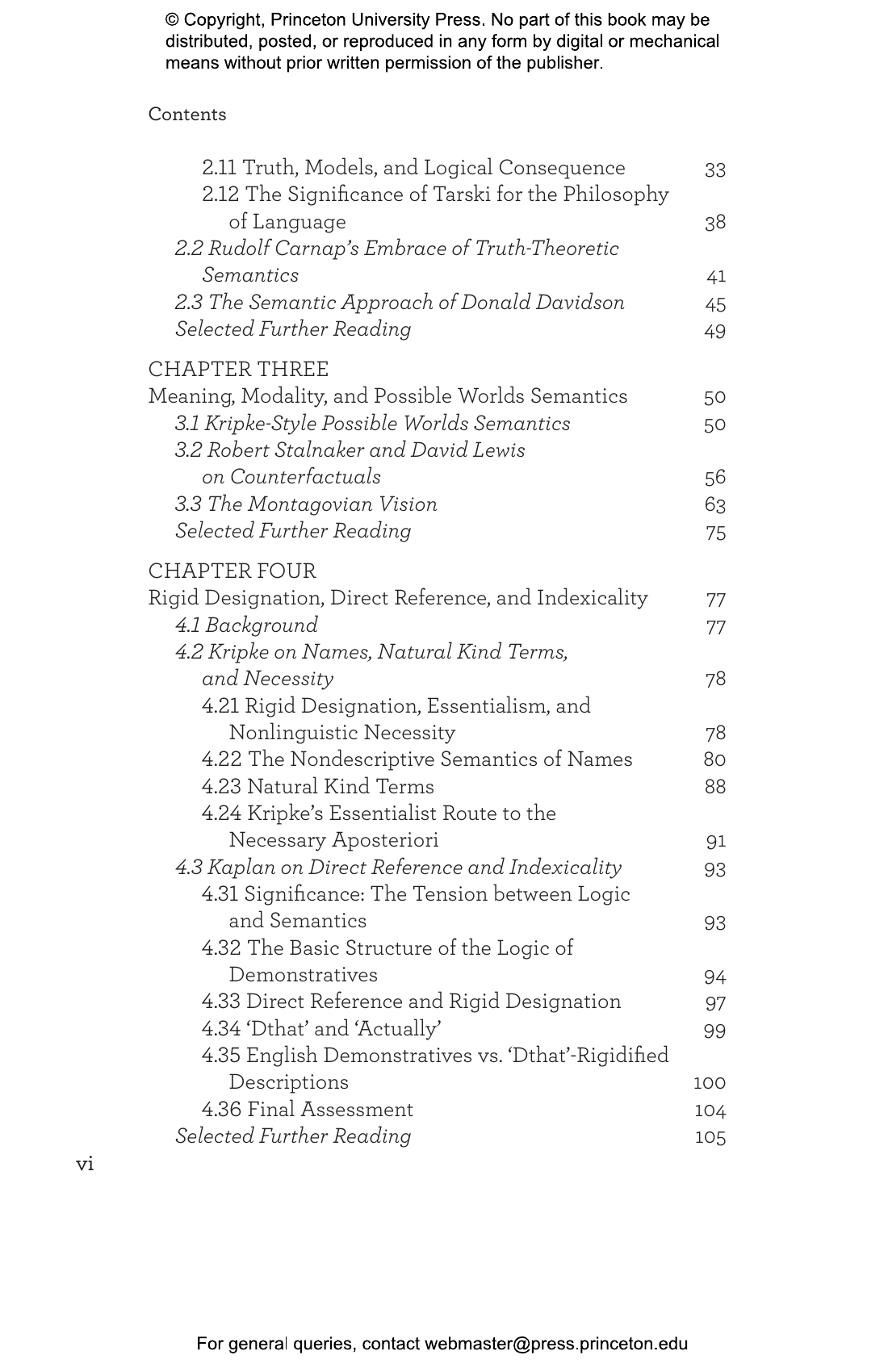 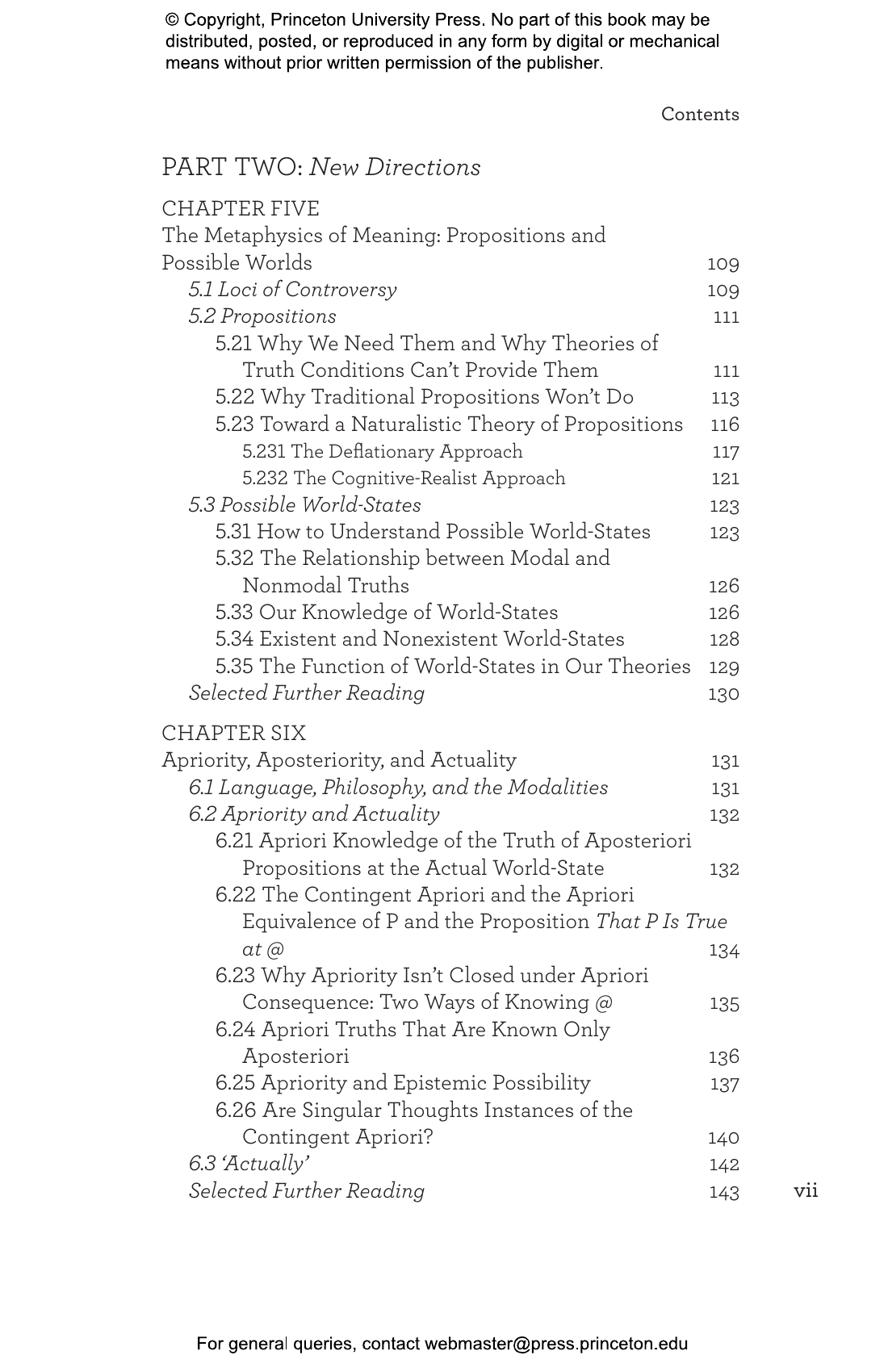 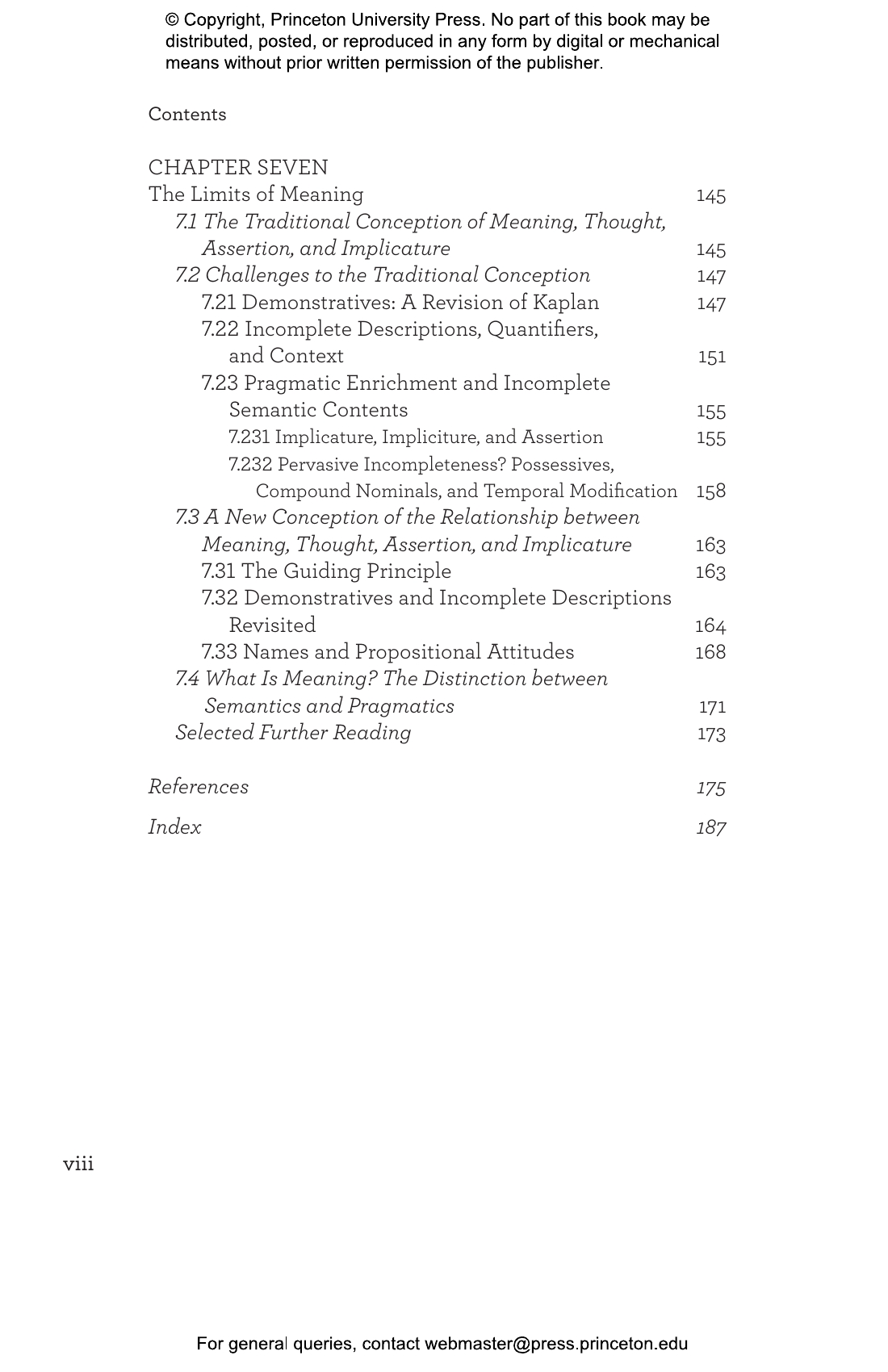 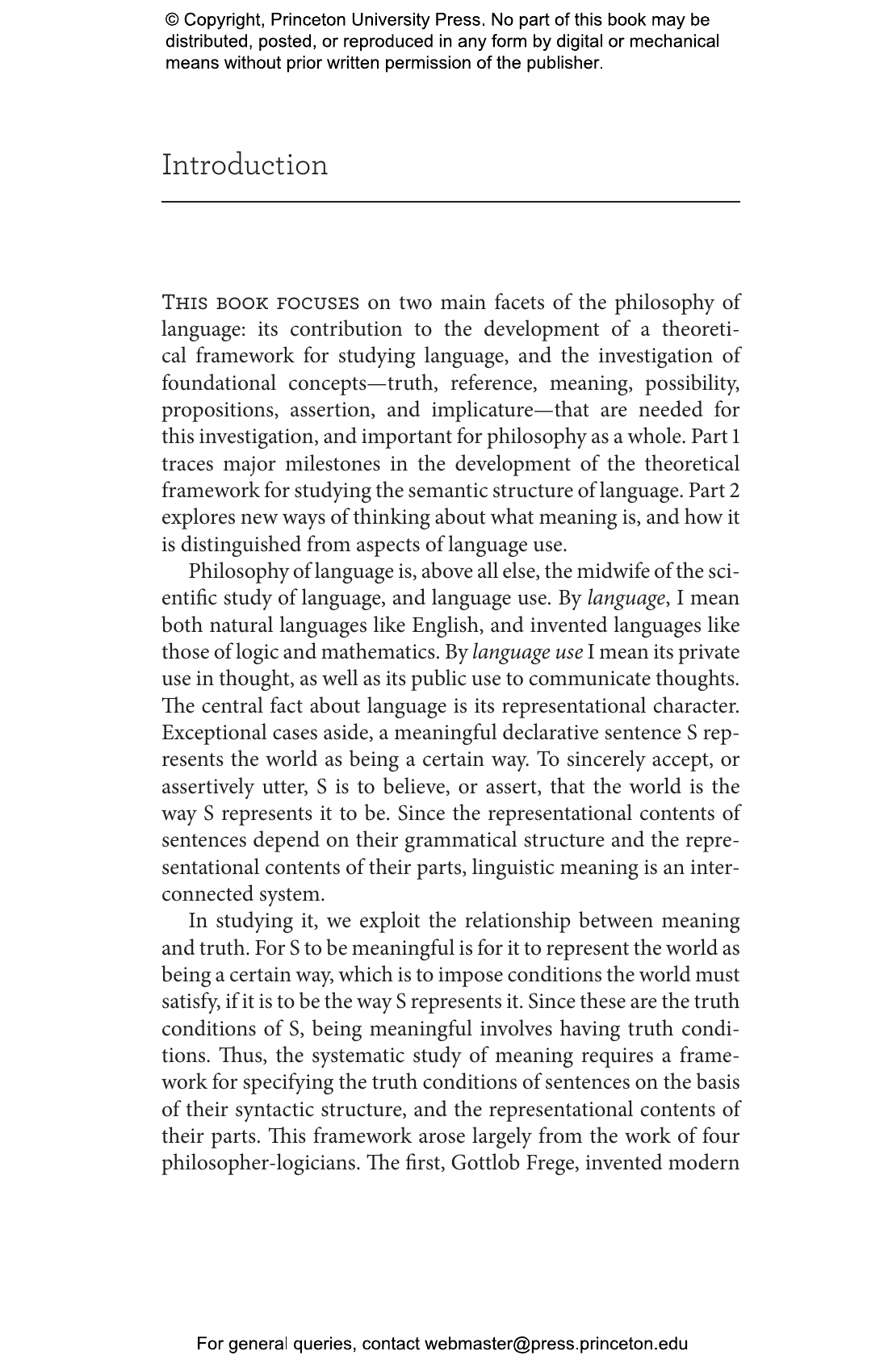 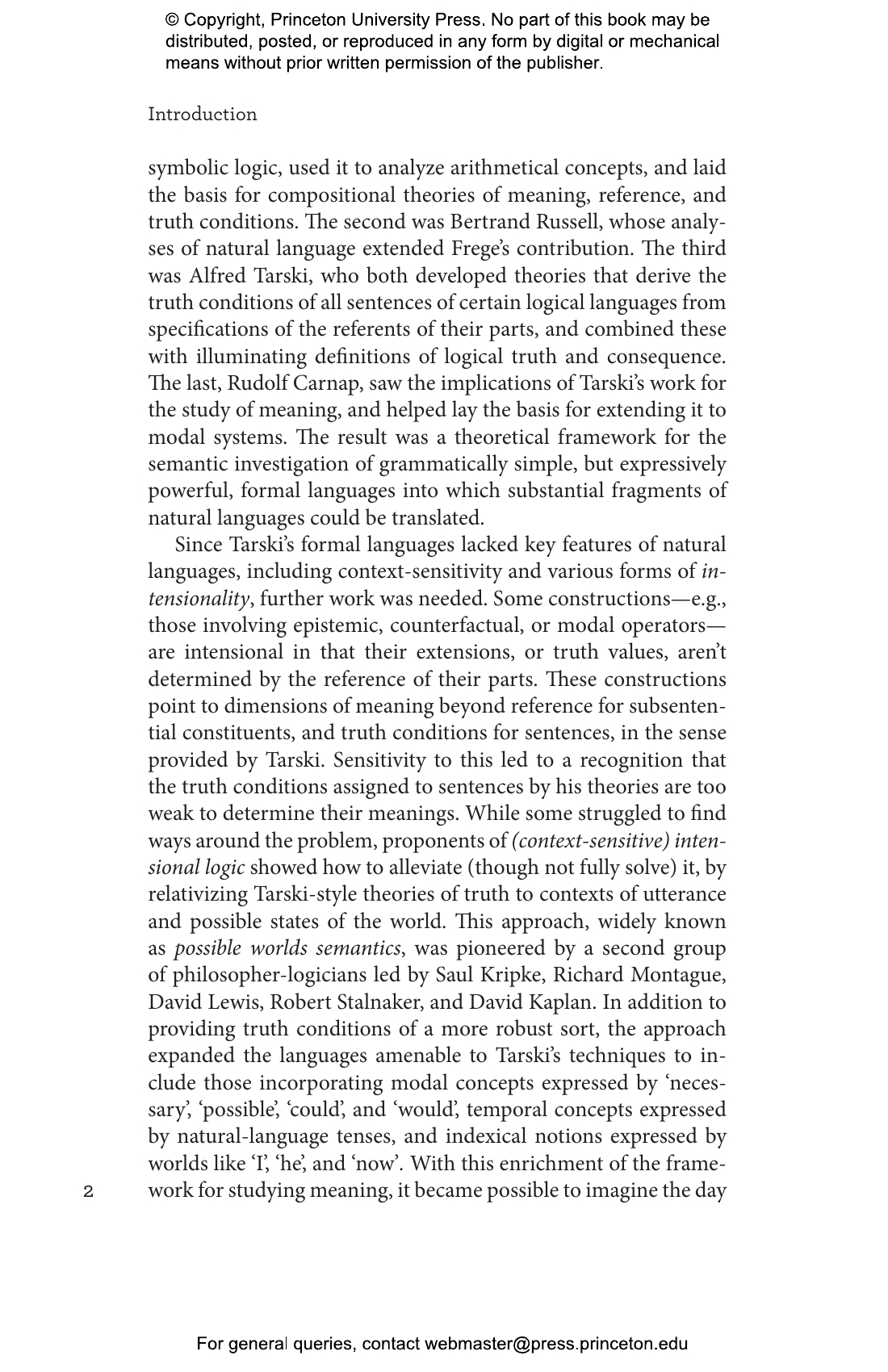 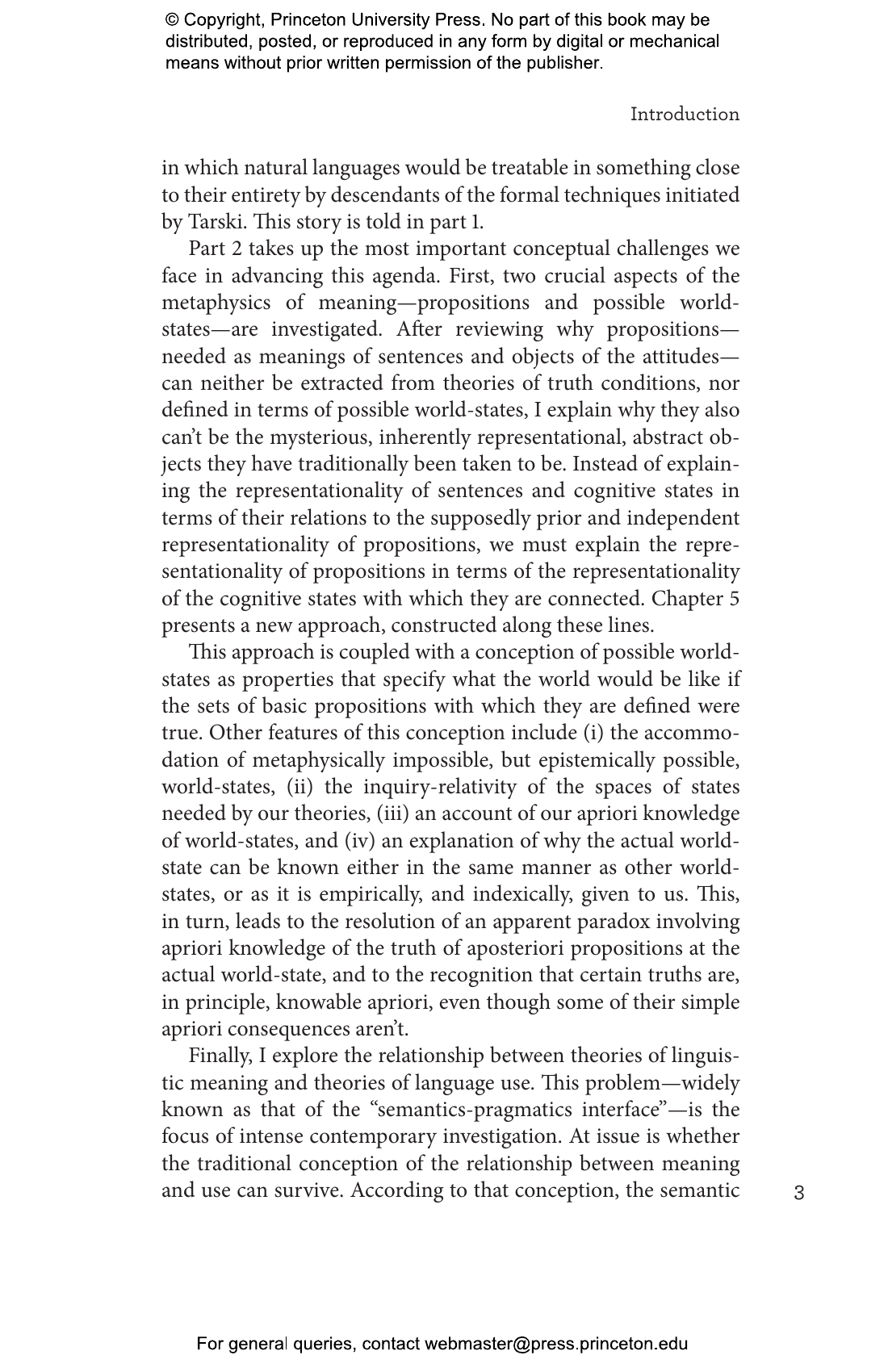 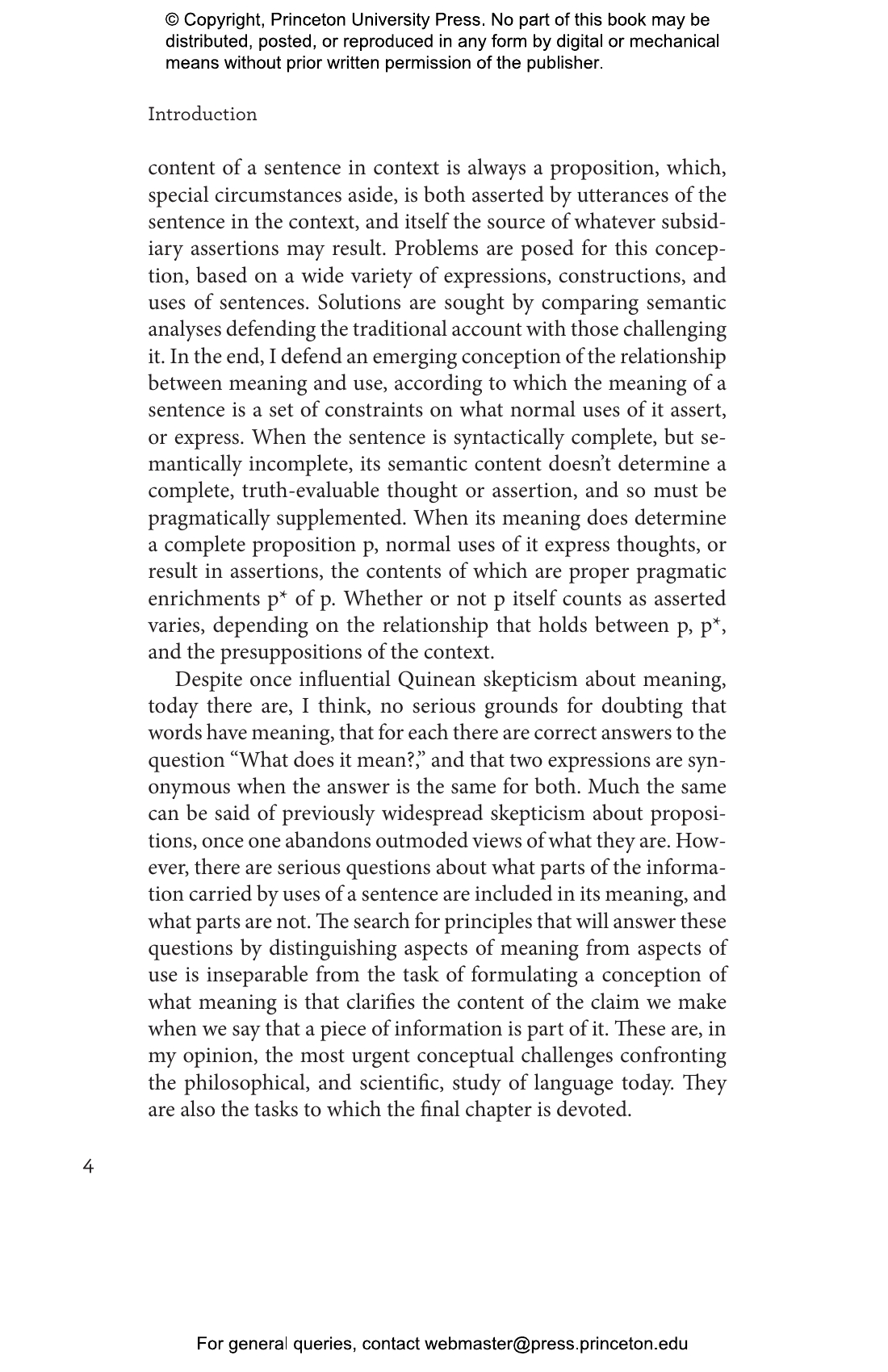 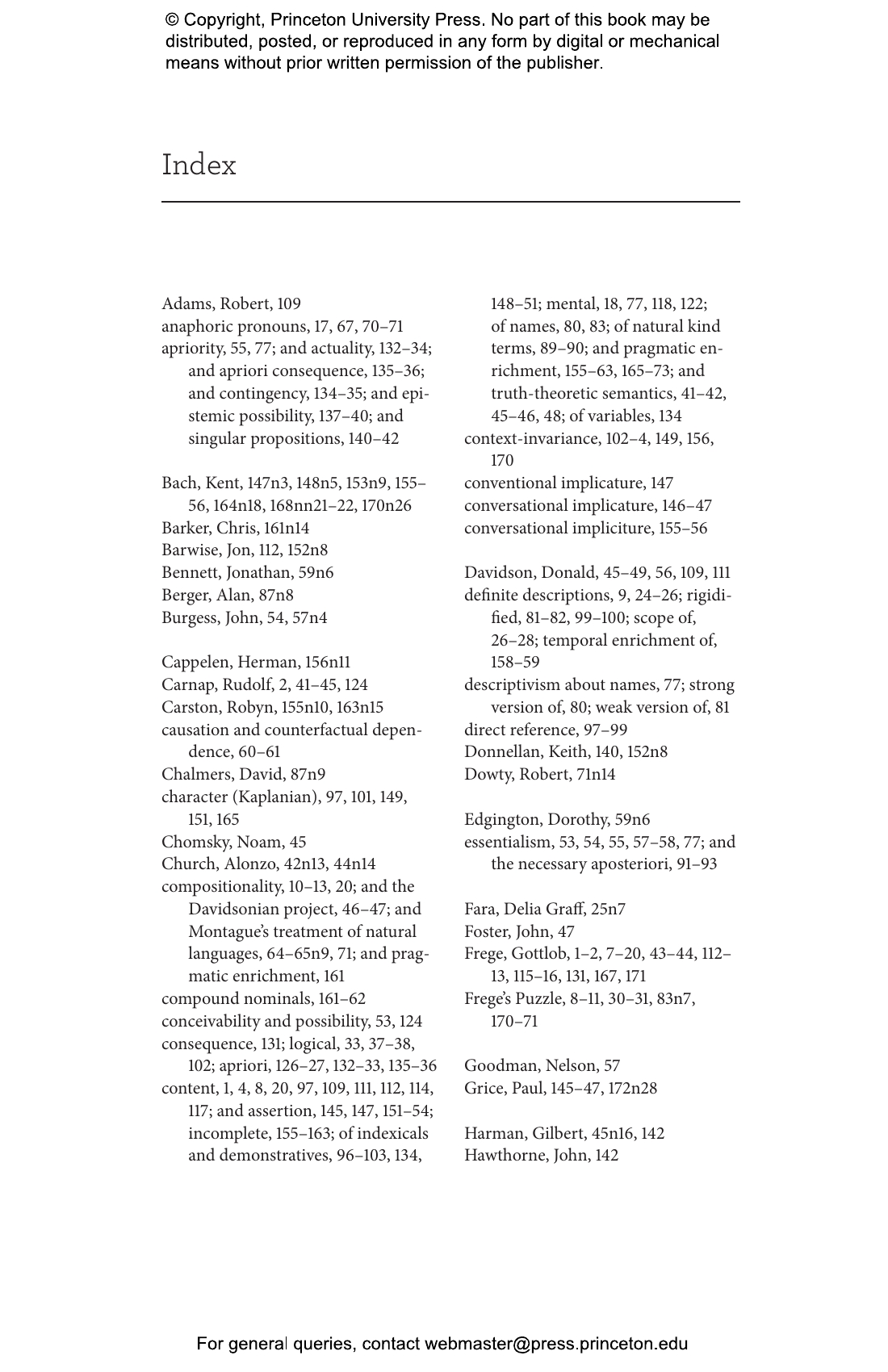 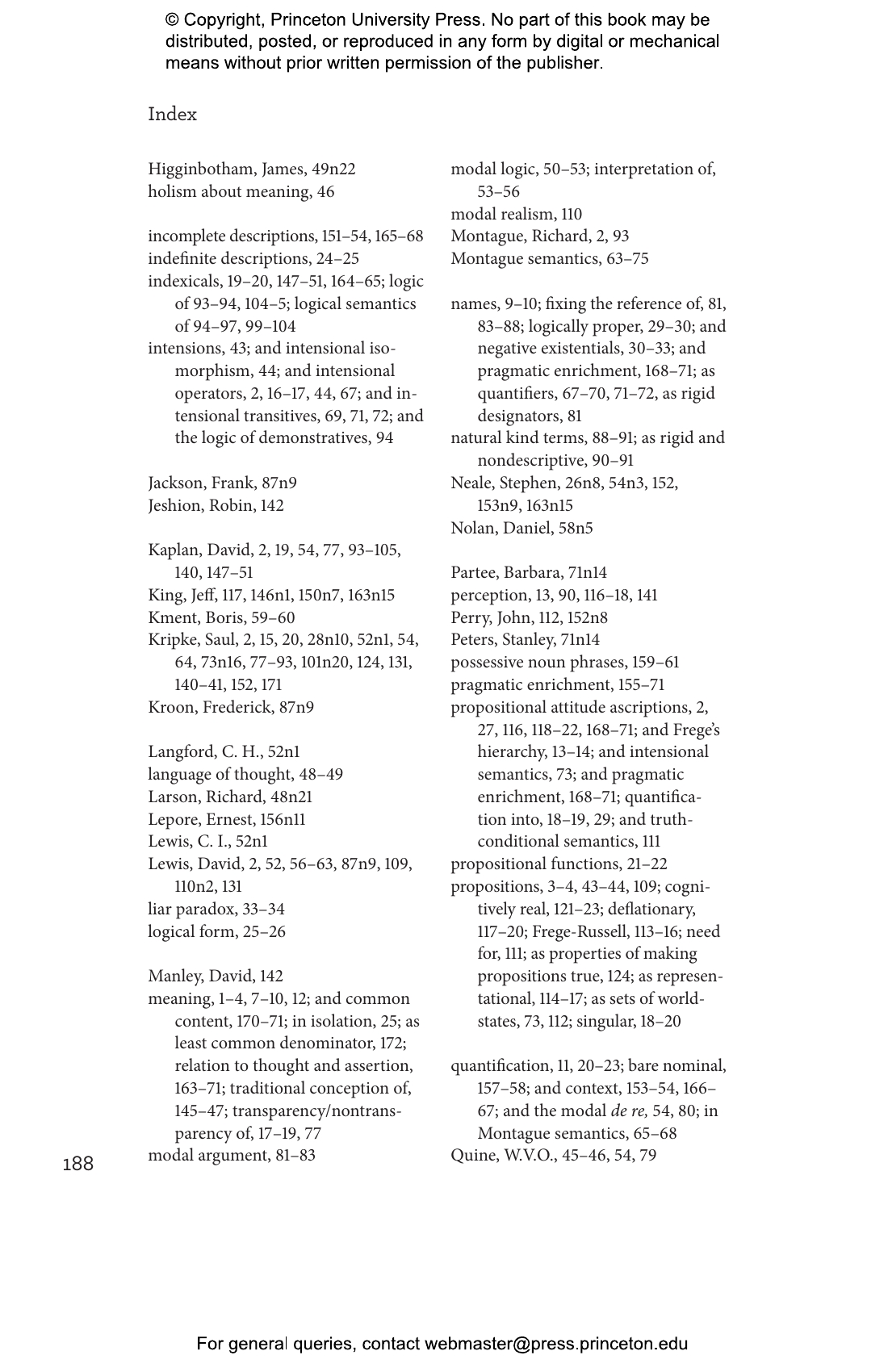 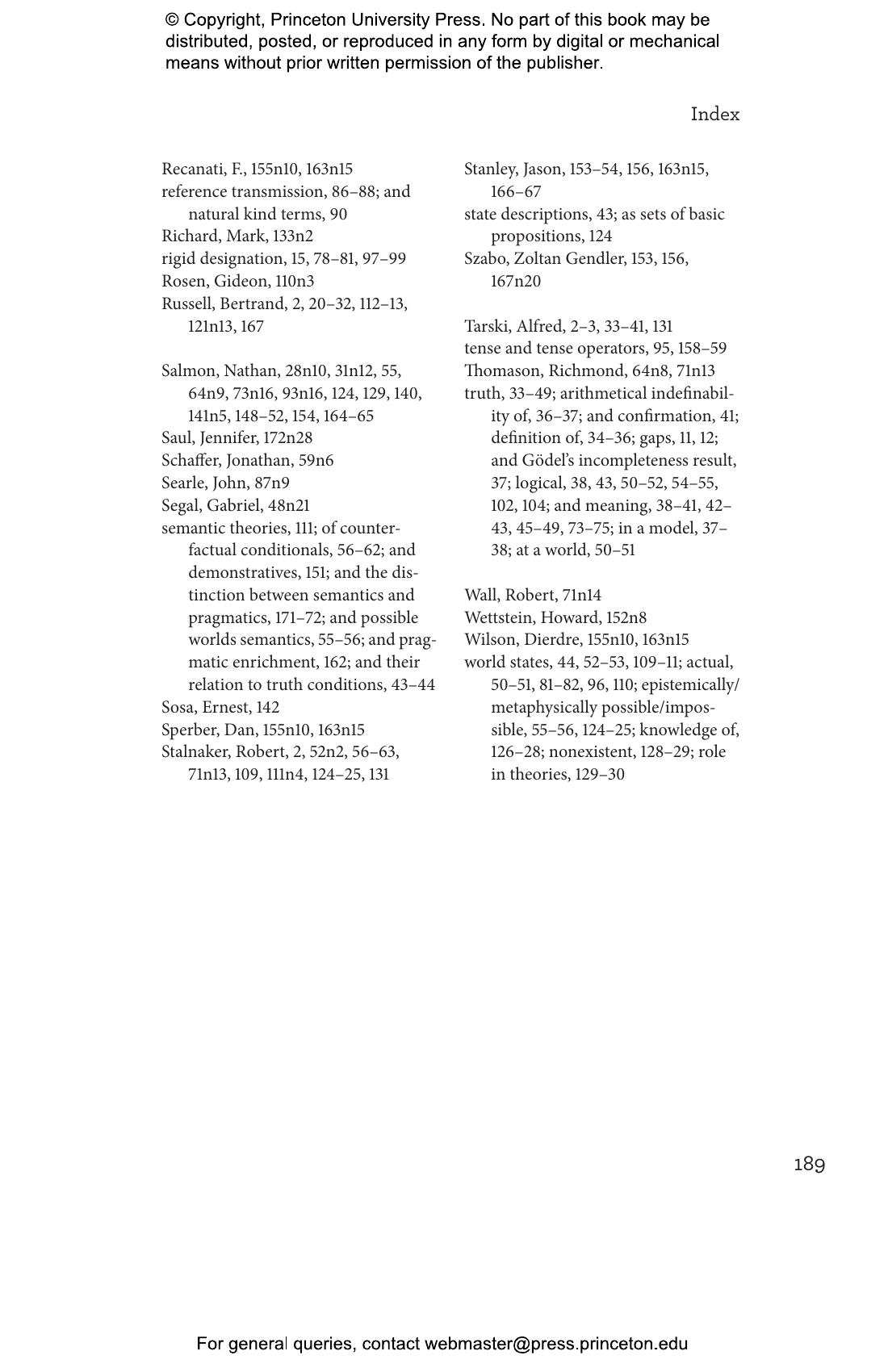 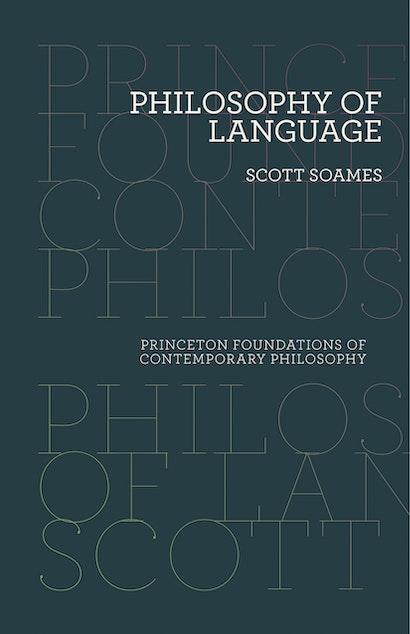 In this book one of the world’s foremost philosophers of language presents his unifying vision of the field—its principal achievements, its most pressing current questions, and its most promising future directions. In addition to explaining the progress philosophers have made toward creating a theoretical framework for the study of language, Scott Soames investigates foundational concepts—such as truth, reference, and meaning—that are central to the philosophy of language and important to philosophy as a whole. The first part of the book describes how philosophers from Frege, Russell, Tarski, and Carnap to Kripke, Kaplan, and Montague developed precise techniques for understanding the languages of logic and mathematics, and how these techniques have been refined and extended to the study of natural human languages. The book then builds on this account, exploring new thinking about propositions, possibility, and the relationship between meaning, assertion, and other aspects of language use.

An invaluable overview of the philosophy of language by one of its most important practitioners, this book will be essential reading for all serious students of philosophy.

Scott Soames is professor of philosophy at the University of Southern California. His many books include What Is Meaning?, Philosophical Essays, Reference and Description, and Philosophical Analysis in the Twentieth Century (all Princeton).

"[Philosophy of Language] covers an impressive number of controversies in philosophy of language. And it does that in a nontechnical way that is likely to prove attractive to many instructors in the field."—Choice

"This is, in my view, a very valuable (though not at all introductory) overview, from a particular perspective, to be sure, of the trajectory on the philosophy of language from Frege to the present. . . . It covers a remarkable amount of ground in a short space, both presenting and contributing to an important network of themes that have shaped the philosophical study of language in the analytic tradition."—Kirk Ludwig, Philosophia

"This is a masterpiece. Scott Soames's work on these topics defines orthodoxy in contemporary philosophy, and having that work distilled into a single volume is enormously valuable. The first half of the book also contains the best analysis and explication yet written of the past century of work in the philosophy of language. I'm looking forward to teaching the subject again just so I can use this book."—Jeff Speaks, University of Notre Dame

"This is a very fine overview of philosophy of language from the late nineteenth century to the present. It discusses all the important issues with great lucidity. The treatment of technical material so as to make it accessible to the uninitiated is masterful. In short, this is an absolutely first-rate book. I have no doubt that it will be very widely read."—Jeffrey King, Rutgers University