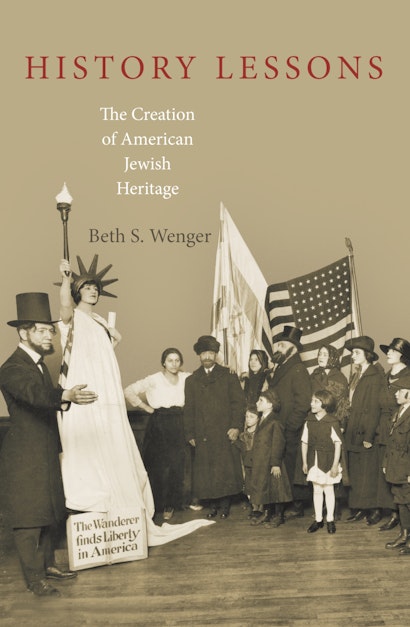 Most American Jews today will probably tell you that Judaism is inherently democratic and that Jewish and American cultures share the same core beliefs and values. But in fact, Jewish tradition and American culture did not converge seamlessly. Rather, it was American Jews themselves who consciously created this idea of an American Jewish heritage and cemented it in the popular imagination during the late nineteenth and mid-twentieth centuries. History Lessons is the first book to examine how Jews in the United States collectively wove themselves into the narratives of the nation, and came to view the American Jewish experience as a unique chapter in Jewish history.

Beth Wenger shows how American Jews celebrated civic holidays like Thanksgiving and the Fourth of July in synagogues and Jewish community organizations, and how they sought to commemorate Jewish cultural contributions and patriotism, often tracing their roots to the nation’s founding. She looks at Jewish children’s literature used to teach lessons about American Jewish heritage and values, which portrayed — and sometimes embellished — the accomplishments of heroic figures in American Jewish history. Wenger also traces how Jews often disagreed about how properly to represent these figures, focusing on the struggle over the legacy of the Jewish Revolutionary hero Haym Salomon.

History Lessons demonstrates how American Jews fashioned a collective heritage that fused their Jewish past with their American present and future.

Beth S. Wenger is professor of history and director of the Jewish Studies Program at the University of Pennsylvania. She is the author of The Jewish Americans: Three Centuries of Jewish Voices in America and New York Jews and the Great Depression: Uncertain Promise. 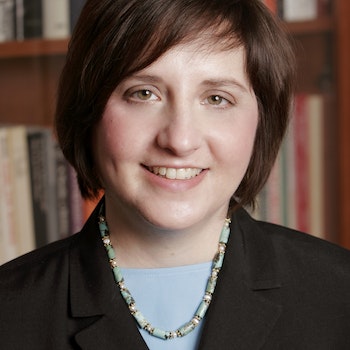 "History Lessons is a lucid and engaging work of scholarship with potential broad appeal. Wenger has produced the first in-depth study examining the ways in which American Jews have constructed a shared American Jewish heritage."—Rebecca J. W. Jefferson, AJL Reviews

"History Lessons provides fascinating and essential reading for anyone keen to learn more about the more neglected dimensions of the cultural history of American Jews."—Alan Gibbs, Journal of American Studies

"History Lessons offers a remarkable trove of historical literature built upon fact and myth, mostly authored outside the academy, but instructive in understanding how American Jews constructed a new identity in their adoptive land."—Hadassa Kosak, Journal of American History

"Without reaffirming or criticizing these tenets of the American Jewish heritage, Wenger thoroughly and engagingly tells the story of their origin and evolution."—Jewish Review of Books

"History Lessons is a work of scholarship, but it is an especially lucid and accessible one, and the book has a unique appeal for a nonacademic Jewish readership. Indeed, we are the subject of Wenger's impressive study, and it is fascinating to read about ourselves in its pages."—Jonathan Kirsch, Jewish Journal of Greater LA

"History Lessons is an impressive work of historical scholarship and cultural studies. Its writing is lively, accessible, and thankfully free of academic jargon. It will certainly find its audience among scholars of Jewish history and of American history."—Pamela S. Nadell, H-Judaic

"Now we see through Wenger's discussion yet another intriguing context: the newcomers coming of age and staking 'claim [to] their share in American Jewish heritage.' It is precisely this keen insight that makes this solidly conceived and well-written book important reading."—Jeffrey S. Gurock, Journal of Church and State

"Arguing that American Jews have created a distinctive American Jewish heritage that interweaves Judaism with democracy, Wenger's compelling and elegant book shows that this heritage rewrites both Jewish and American history into a relatively seamless whole."—Deborah Dash Moore, director of the Jean and Samuel Frankel Center for Judaic Studies at the University of Michigan

"History Lessons tells an important story, one that analyzes the ways in which a minority group—in this case, American Jews up to the end of World War II—constructed a history for themselves. Wenger has tackled a virtually untapped vein of material. There is certainly nothing like this book in American Jewish history."—Hasia R. Diner, New York University