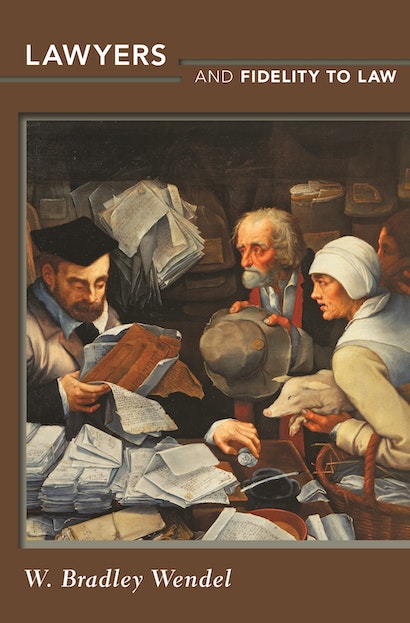 Even lawyers who obey the law often seem to act unethically — interfering with the discovery of truth, subverting justice, and inflicting harm on innocent people. Standard arguments within legal ethics attempt to show why it is permissible to do something as a lawyer that it would be wrong to do as an ordinary person. But in the view of most critics these arguments fail to turn wrongs into rights. Even many lawyers think legal ethics is flawed because it does not accurately describe the considerable moral value of their work. In Lawyers and Fidelity to Law, Bradley Wendel introduces a new conception of legal ethics that addresses the concerns of lawyers and their critics alike.


Wendel proposes an ethics grounded on the political value of law as a collective achievement that settles intractable conflicts, allowing people who disagree profoundly to live together in a peaceful, stable society. Lawyers must be loyal and competent client representatives, Wendel argues, but these obligations must always be exercised within the law that constitutes their own roles and confers rights and duties upon their clients. Lawyers act unethically when they treat the law as an inconvenient obstacle to be worked around and when they twist and distort it to help their clients do what they are not legally entitled to do. Lawyers and Fidelity to Law challenges lawyers and their critics to reconsider the nature and value of ethical representation.

"Lawyers and Fidelity to Law presents a powerful statement of what, I am sure, will be an important position in legal ethics for years to come. By moving beyond the familiar debate between those who think legal ethics is almost totally insulated from ordinary ethics and those think legal ethics is straightforwardly responsible to ordinary ethics, Wendel opens up an entirely new window on the subject. This is an ambitious and excellent book."—Daniel Markovits, Yale Law School

"Lawyers and Fidelity to Law is a fine book that makes an important and original contribution to legal ethics. Wendel replaces each element of the standard conception of legal ethics with a more appealing substitute, and his writing is clear, lively, and well-illustrated."—Arthur I. Applbaum, Harvard University