The amazing science behind the search for Earth-like planets 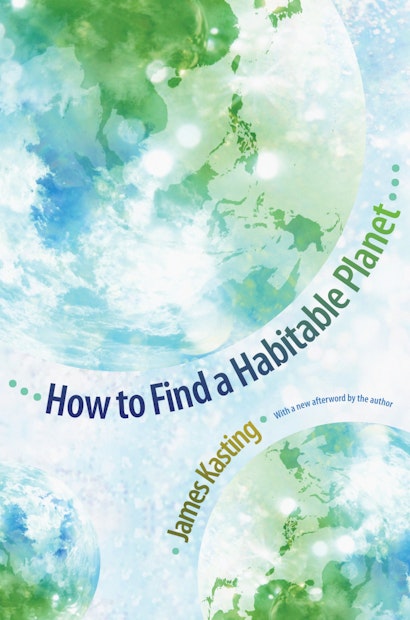 Ever since Carl Sagan first predicted that extraterrestrial civilizations must number in the millions, the search for life on other planets has gripped our imagination. Is Earth so rare that advanced life forms like us—or even the simplest biological organisms—are unique to the universe? How to Find a Habitable Planet describes how scientists are testing Sagan’s prediction, and demonstrates why Earth may not be so rare after all.

James Kasting has worked closely with NASA in its mission to detect habitable worlds outside our solar system, and in this book he introduces readers to the advanced methodologies being used in this extraordinary quest. He addresses the compelling questions that planetary scientists grapple with today: What exactly makes a planet habitable? What are the signatures of life astronomers should look for when they scan the heavens for habitable worlds? In providing answers, Kasting explains why Earth has remained habitable despite a substantial rise in solar luminosity over time, and why our neighbors, Venus and Mars, haven’t. If other Earth-sized planets endowed with enough water and carbon are out there, he argues, chances are good that some of those planets sustain life. Kasting describes the efforts under way to find them, and predicts that future discoveries will profoundly alter our view of the universe and our place in it.

This book is a must-read for anyone who has ever dreamed of finding other planets like ours—and perhaps even life like ours—in the cosmos. In a new afterword, Kasting presents some recent breakthroughs in the search for exoplanets and discusses the challenges facing space programs in the near future.

James Kasting is Distinguished Professor of Geosciences at Pennsylvania State University. He is a renowned expert in planetary atmospheric evolution and is actively involved in the search by NASA for habitable planets outside our solar system. He is the coauthor of the introductory textbook The Earth System. 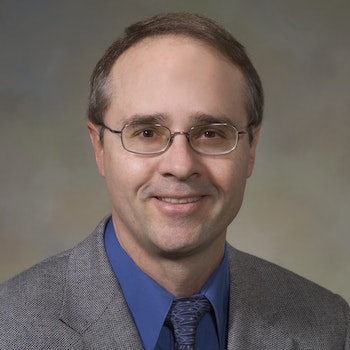 "This is a very well-written book that serves perfectly as an introduction for the lay reader to astrobiology and the search for life beyond Earth, and it also presents some important and up-to-date material for the specialist researcher. Of particular note for me is Kasting's rebuttal of several aspects of the Rare Earth hypothesis and his discussion of the features that truly are crucial for planetary habitability.""—Lewis Dartnell, Times Higher Education

"How to Find a Habitable Planet will fascinate those who care about the evolution of Earth's climate and wonder about how we will eventually detect life—even simple cellular life—elsewhere."—Debra Fischer, Nature

"He argues persuasively that Earth's large moon and strong magnetic field are red herrings; neither is a prerequisite for life. The second part of his book is a detailed account of the search for Earth-like exoplanets, and prospects for future success."—New Scientist

"Kasting's book . . . is a readable guide to the many things we have just begun to understand about a solar system.""—Tim Radford, The Guardian

"Kasting, a key planner for future NASA missions seeking Earth-like exoplanets, possesses a deep understanding of all the multifarious complexities that feed into forming—and finding—living worlds. He writes about these topics, for all their profundity, with remarkable precision and clarity, drawing clear linkages between what we observe through telescopes with what we see right here, in the only biosphere we know. How to Find a Habitable Planet is a canonical guide to the probable future of humanity's search for life elsewhere in the Universe."—SEED Magazine

"A 'popular textbook', low on speculation but high on nuts-and-bolts science, it covers everything from the habitable zones around other stars to how to find other Earths. If I had to choose just one of these books, it would be Kasting's."—Marcus Chown, BBC Focus Magazine

"Written in a clear and often conversational style—and infused throughout with Kasting's personal optimism regarding the existence of, and our ability to detect, habitable and inhabited worlds beyond our own—this is an informative and worthwhile read for anyone who looks to the stars and wonders if there is anybody out there."—Tori M. Hoehler, Nature Geoscience

"As Kasting shows in his technical but readable How to Find a Habitable Planet, we are making rapid progress in discovering planets around distant stars—almost 500 so far."—Clive Cookson, Financial Times

"A concise yet thorough scientific explanation of how we can narrow down the search [for habitable planets]. . . . Kasting is a world leader in planetary habitability and works closely with NASA. He gives insight into the latest technology being used to hunt for habitable plants, describes the signatures of life that scientists are looking for and makes his predictions for the future of the field. . . . Thorough and interesting."—Cosmos Magazine

"An excellent book on a fascinating topic."—Choice

"Even if you were not interested in finding intelligence elsewhere in the universe, How to Find a Habitable Planet provides an excellent and accessible account of the formation and history of our own planet, and indeed our solar system.""—John Gribbin, Literary Review

"[Kasting is] an excellent writer, capable of breaking down complex topics into clear and accessible pieces. That skill makes this first-of-its-kind book not just unique but probably indispensible for students and armchair planetologists."—Charlene Brusso, Ad Astra

"A fascinating read—everything you need to know about habitable worlds."—Sara Seager, Massachusetts Institute of Technology

"I very much enjoyed reading this book. Kasting writes clearly and explains the issues in an easy-to-follow manner. I learned several new things from this book. I will certainly recommend it to colleagues and students."—Christopher McKay, NASA Ames Research Center

We now know quite a bit about planets, and a lot of this knowledge has arrived relatively recently. This book is right up to date. Kasting was directly involved in work that defined the overall technological and scientific goals for upcoming NASA missions to detect potentially habitable worlds beyond our solar system. How to Find a Habitable Planet is a significant contribution to the field."—Gregory Laughlin, University of California, Santa Cruz