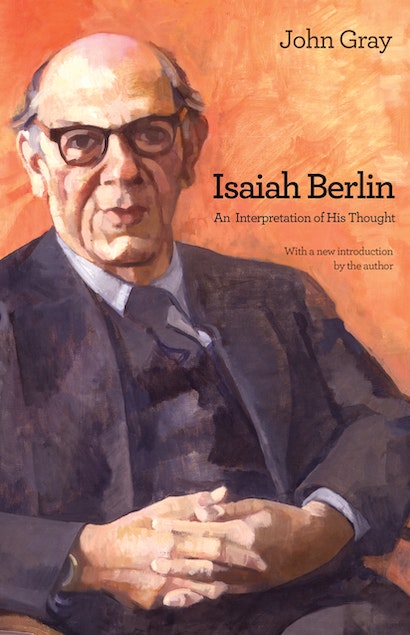 Isaiah Berlin (1909-1997) was the greatest intellectual historian of the twentieth century. But his work also made an original and important contribution to moral and political philosophy and to liberal theory.


In 1921, at the age of eleven, Isaiah Berlin arrived in England from Riga, Latvia. By the time he was thirty he was at the heart of British intellectual life. He has remained its commanding presence ever since, and few would dispute that he was one of Britain’s greatest thinkers. His reputation extends worldwide — as a great conversationalist, intellectual historian, and man of letters. He has been called the century’s most inspired reader.


Yet Berlin’s contributions to thought — in particular to moral and political philosophy, and to liberal theory — are little understood, and surprisingly neglected by the academic world. In this book, they are shown to be animated by a single, powerful, subversive idea: value-pluralism which affirms the reality of a deep conflict between ultimate human values that reason cannot resolve. Though bracingly clear-headed, humane and realist, Berlin’s value-pluralism runs against the dominant Western traditions, secular and religious, which avow an ultimate harmony of values. It supports a highly distinctive restatement of liberalism in Berlin’s work — an agnostic liberalism, which is founded not on rational choice but on the radical choices we make when faced with intractable dilemmas. It is this new statement of liberalism, the central subject of John Gray’s lively and lucid book, which gives the liberal intellectual tradition a new lease on life, a new source of life, and which comprises Berlin’s central and enduring legacy.


In a new introduction, Gray argues that, in a world in which human freedom has spread more slowly than democracy, Berlin’s account of liberty and basic decency is more instructive and useful than ever.

John Gray is the acclaimed, bestselling author of many books, including Straw Dogs: Thoughts on Humans and Other Animals, False Dawn: The Delusions of Global Capitalism, Al Qaeda and What It Means To Be Modern, Gray's Anatomy: Selected Writings, The Immortalization Commission: The Strange Quest to Cheat Death, and The Silence of Animals: On Progress and Other Modern Myths. He is professor emeritus of European thought at the London School of Economics and a regular contributor to the Guardian, New York Review of Books, New Republic, and New Statesman.

"Gray's book is as much a reconstruction as a presentation of Berlin's thought. . . . Gray's reconstruction is . . . impressive and revealing. It points persuasively to both the overall coherence and the internal tensions of Berlin's thought. . . . Gray has written an acute and illuminating exposition of Berlin's world view. . . . He probably gets closer to Berlin than anyone else has done."—Michael Walzer, New York Review of Books

"Gray is a forceful writer, an engaged political theorist with a serious interest in philosophical fundamentals."—Steven Lukes, Times Literary Supplement

"A careful study. . . .Gray astutely guides readers through the complex ideas of an important philosopher."—Publishers Weekly

"Isaiah Berlin's commitment to liberalism for all its difficulties remains solid, and Mr. Gray's argument is that this 'agonistic' liberalism is our best bet. . . . It is an argument not to be missed."—Colin Walters, Washington Times

"A masterly study of Berlin's political thought. . . . Gray brilliantly expounds in highly condensed prose Berlin's theory of pluralism, developing its direction and course, even where Berlin is silent, and explaining its political relevance."—Adam Wolfson, National Interest

"An excellent exposition of Isaiah Berlin's ideas. [Gray] is particularly interesting in his account of Berlin's idea of negative freedom."—William Phillips, Partisan Review

"A thought-provoking analysis…. Gray raises all of the right sort of questions about Berlin's position."—Choice

"Succeed[s] in bringing the daring of [Berlin's] thinking so clearly into view. . . . Berlin's commitment to liberalism for all its difficulties remains solid, and Mr. Gray's argument is that this 'agonistic' liberalism is our best bet. . . . It is an argument not to be missed."—Colin Walters, Washington Times

"Isaiah Berlin is without a doubt the greatest living authority on the history of ideas. . . . He stands as one of the pre-eminent modern exemplars of political liberalism. . . . It is the singular merit of John Gray to have distilled from Berlin's voluminous writings the philosophical essence of his liberalism within this slim volume. . . . In his thoughtful study of Berlin's political philosophy, John Gray performs the admirable service of demonstrating how consummately civilized a man Isaiah Berlin is."—David Glasner, National Review

"A clearly written and well-argued book that is essential reading for anyone concerned with contemporary moral and political thought."—Ethics

"Like Berlin, Gray's historical sensibility, lack of parochialism, and courageous and imaginative contemplation of vistas outside the narrow confines of academic liberalism make him, as this book abundantly demonstrates, ideally situated to reflect deeply on the predicaments of the modern world."—Pratap Bhanu, American Political Science Review

"Gray clearly identifies deeply with Berlin's system of thought, enters into it, and then worries persistently about its tensions and stresses and seeks a way out. This focus on a single theme, and the almost anguished perplexity are attractive features of Gray's book."—Ernest Gellner, Guardian

"Gray's reconstruction is. . .impressive and revealing. It points to both the overall coherence and the internal tensions of Berlin's thought."—Michael Wlazer, New York Review of Books

"Berlin's message is not comforting to conventional liberal establishment susceptibilities. As this book insists, it is deeply subversive. Gray finds in Berlin's `value pluralism' the leitmotif of all his writings. Ultimate human values, Berlin insists, are conflictive; they cannot be reconciled by rational calculation since they are not measurable, least of all can they be reconciled by what Gray dismisses as `the desiccated discourse of Anglo-American philosophy,' which Berlin abandoned as incapable of solving anything of importance to us as human beings, at worst a game of juggling with words, at best a species of mental arithmetic dispelling tragic confusions."—Raymond Carr, Spectator

"Isaiah Berlin delighted in the world's variousness, and made a philosophy out of that delight. John Gray in this book presents to us a thinker who set himself squarely against all those, on the left or the right, who have hit upon a Big Idea that they believe will change the world and who try to coerce us into following them. Gray's book is now all the more timely."—John Banville