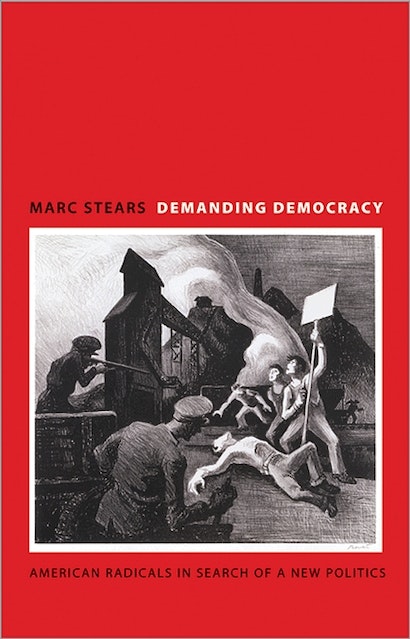 This is a major work of history and political theory that traces radical democratic thought in America across the twentieth century, seeking to recover ideas that could reenergize democratic activism today. The question of how citizens should behave as they struggle to create a more democratic society has haunted the United States throughout its history. Should citizens restrict themselves to patient persuasion or take to the streets and seek to impose change? Marc Stears argues that anyone who continues to wrestle with these questions could learn from the radical democratic tradition that was forged in the twentieth century by political activists, including progressives, trade unionists, civil rights campaigners, and members of the student New Left.

These activists and their movements insisted that American campaigners for democratic change should be free to strike out in whatever ways they thought necessary, so long as their actions enhanced the political virtues of citizens and contributed to the eventual triumph of the democratic cause. Reevaluating the moral and strategic arguments, and the triumphs and excesses, of this radical democratic tradition, Stears contends that it still offers a compelling account of citizen behavior—one that is fairer, more inclusive, and more truly democratic than those advanced by political theorists today.

Marc Stears is professor of political theory, university lecturer, and fellow at University College, Oxford. He is the author of Progressives, Pluralists and the Problems of the State and the coeditor of Political Theory: Methods and Approaches.

"This is an excellent, evocative book examining often-ignored possibilities for American democracy. It adds richness and depth to analysis of American political thought and to continuing debate about the nature, content, and purpose of democracy."—Choice

"[T]he book provides a fine primer on democratic theory in twentieth century America. . . . [It] also offers a bold and terse read, important not just for historians but also for political activists and thinkers."—Kevin Mattson, Journal of American History

"The bulk of Demanding Democracy is an interpretation of 60 years of American radical democratic thought and activism through the lens of these concerns. And it proves a most fruitful way of thinking about this history, particularly because Stears is acutely alert to the 'fiendishly difficult' task that his subjects set themselves."—Robert Westbrook, Perspectives on Politics

"Graduate students and scholars interested in the connections between democratic thought, activism and new social movements in the U.S. will find this book informative, if professionally unsettling."—Jeffrey D. Hilmer, Political Studies Review

"In quest of America's radical democratic tradition? Here it is: in the dreams of the early Progressives and in the 1960s lunch counter protests in Greensboro, North Carolina, in the early CIO commitment to justice by any means necessary and in the later Vietnam-era antiwar movement. Writing with a realist's appreciation of the complexities of politics, but with an idealist's care for the lives and fortunes of his subjects, Marc Stears tells the story of those who risked everything to take their place at the democratic table. Battles for a new citizenship, workplace democracy, participatory practices, and racial equality come alive, as do the voices of the intellectuals who helped shape them: Croly, Lippmann, Niebuhr, Dewey, Ellison, King, Carmichael, Walzer, and Arendt. But this is not just a work of history. This book finds in the ups and downs of American radicalism the resources with which to contest contemporary political theory's often settled opinion that utopianism leads to violence and that violence has no place in a properly liberal or deliberative politics. Demanding Democracy demands to be read by anyone committed to the reinvigoration of political theory and practice."—Bonnie Honig, Northwestern University

"This is an important book at the intersection of political history and political theory, written at a time when new perspectives in American self-understanding are very much needed, especially on the political left."—Eldon J. Eisenach, professor emeritus, University of Tulsa

"Marc Stears is an excellent scholar, and his richly textured and expansive book is a good marriage of political theory and history. What is most valuable is his success in writing the history of American radicalism without getting bogged down in the tired old question of why there is no socialism in America."—Mark Hulliung, Brandeis University