Scientology's long and complex journey to recognition as a religion 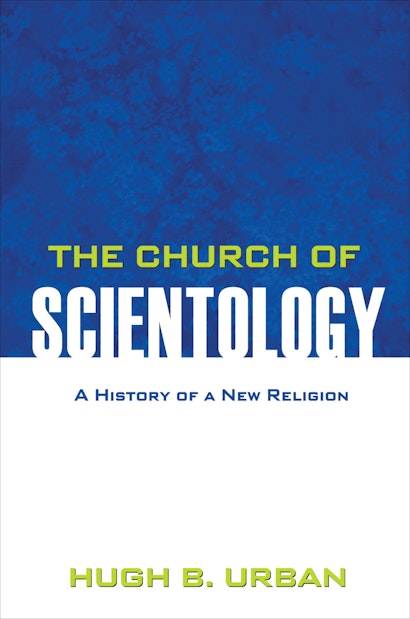 Scientology is one of the wealthiest and most powerful new religions to emerge in the past century. To its detractors, L. Ron Hubbard’s space-age mysticism is a moneymaking scam and sinister brainwashing cult. But to its adherents, it is humanity’s brightest hope. Few religious movements have been subject to public scrutiny like Scientology, yet much of what is written about the church is sensationalist and inaccurate. Here for the first time is the story of Scientology’s protracted and turbulent journey to recognition as a religion in the postwar American landscape.

Hugh Urban tells the real story of Scientology from its cold war-era beginnings in the 1950s to its prominence today as the religion of Hollywood’s celebrity elite. Urban paints a vivid portrait of Hubbard, the enigmatic founder who once commanded his own private fleet and an intelligence apparatus rivaling that of the U.S. government. One FBI agent described him as “a mental case,” but to his followers he is the man who “solved the riddle of the human mind.” Urban details Scientology’s decades-long war with the IRS, which ended with the church winning tax-exempt status as a religion; the rancorous cult wars of the 1970s and 1980s; as well as the latest challenges confronting Scientology, from attacks by the Internet group Anonymous to the church’s efforts to suppress the online dissemination of its esoteric teachings.

The Church of Scientology demonstrates how Scientology has reflected the broader anxieties and obsessions of postwar America, and raises profound questions about how religion is defined and who gets to define it.

Hugh B. Urban is professor of religious studies at Ohio State University. His books include Magia Sexualis: Sex, Magic, and Liberation in Modern Western Esotericism and Tantra: Sex, Secrecy, Politics, and Power in the Study of Religion. 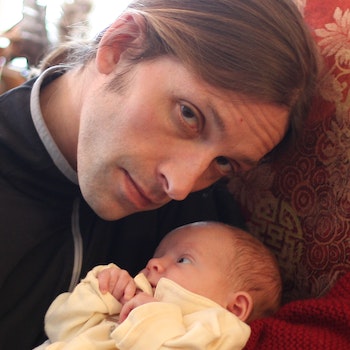 "In The Church of Scientology, one of only a handful of academic treatments of the subject, Hugh Urban is less interested in the experiences of Scientologists than in the legal processes and semantic twists through which a set of beliefs becomes a religion. A professor of religious studies at Ohio State, Urban is interested in secrecy in religion, and in this book he chronicles the way Hubbard reacted to legal and political challenges to his authority by attempting (largely successfully) to conceal his theories from the public."—Rachel Aviv, London Review of Books

"[A] slim, thoughtful investigation of Scientology as a uniquely American religious phenomenon, one whose history has a great deal to teach us. . . . He is more interested in how the church has reflected and influenced currents in American history. . . . Most fascinating is Urban's argument that Scientology has been instrumental in shaping how the US government defines religion."—Mark Oppenheimer, The Nation

"The most scholarly treatment of the organization to date."—Michael Shermer, Scientific American

"The Church of Scientology is a fascinating book. . . . [A] deep and often brilliant anthropological dissection. . . . Where more populist authors might find it difficult, for instance, to take seriously a religion that makes its most devoted followers sign a 'billion-year contract', Urban is po-faced throughout. As a result, he is granted exceptional access to Scientologists and their detractors, and builds from the often barmy material a compelling picture of the birth of a new religion. For this is the book's central thesis: that by analysing how new religions emerge and flourish, we may better understand those whose origins are lost in the haze of time. . . . Urban's portrayal of the birth and boom of Scientology is absorbing and impressive."—Alex Preston, The Guardian

"Judiciously balanced, with a myriad of footnotes . . . mercifully free of the jargon to be found within both Scientology and all too many academic volumes."—Eileen Barker, Times Higher Education

"Urban's book is valuable for how well he organizes a massive amount of information in a well-paced, enjoyable read. . . . [A] fascinating book."—Tony Ortega, Village Voice

"A fascinating and oftentimes mind-bending account of how penny-a-word sci-fi writer L. Ron Hubbard doggedly pursued the 'religion angle' in his quest to create the worldwide Church of Scientology. Urban makes it clear from the outset that he could have written a lot more about Scientology than he has here—perhaps even a few volumes more. Settling on a narrower scope, however, hasn't precluded the author from presenting a thoroughly absorbing chronicle of Scientology's 60-year history in America. . . . An intriguing introduction into the labyrinthine world of Scientology and its meaning in American society."—Kirkus Reviews

"Urban describes concisely the development of the Church of Scientology from a pseudopsychological self-help business venture to a self-proclaimed 'religion' fighting vigorously for government recognition. . . . Highly recommended, this is a valuable, evenhanded, academic but engaging introduction to the controversial church, both for those interested in the topic of religious studies and for general readers."—Library Journal

"A fascinating account of how a healing practice called Dianetics came to define itself—and become officially recognized—as a religion in the United States. Urban strains to strike a balance between what he calls 'a hermeneutics of respect and a hermeneutics of suspicion,' grounded in a firm belief in freedom of worship and an obligation to ask tough questions about alleged misbehavior by Scientologists."—Glen Altschuler, Boston Globe

"Essential. . . . Urban [has] brought the study of Scientology to a crucial, long-delayed point—[his] work will allow for more critical reflection on an important part of 20th-century American religion. With this history available as a resource, scholarship on Scientology will be able to move away from obsession with the checkered history of a single institution and encompass the variety of ways in which individual Scientologists have lived their faith both within that institution and outside of it."—Seth Perry, Chronicle Review

"Urban addresses his subject as a historian of religion and objectively traces the complex history of a movement that is now recognized as a religion in the U.S. . . . With his fair, scholarly approach, Urban has written what is probably the best history available of this terribly tangled story."—Choice

"Although Scientology is perhaps the 'case study' in Urban's book, the questions he raises and his broader analysis apply to all religions and offer insight into the complex and tangled issue of guaranteeing freedom of religion within a society such as the United States. . . . It is clear that Urban is a strong supporter of religious freedom and a great enthusiast of the world's diverse religions. In the midst of many conversations about religion today that sometimes are superficial or narrow-minded, Urban's scholarly respect for religion and the book's delicately balanced examination of Scientology are refreshing."—Leigh E. Rich, Bioethical Inquiry

"This is a book not only for studying Scientology, but also for wrestling with questions about the definition of religion, First Amendment and church/state issues, and religious freedom post 9/11."—Armand J. Boehme, Reviews in Religion & Theology

"This book offers fresh perspectives on Scientology and Urban's balanced approach makes it a must-read for scholars of new religious movements and also motivated general readers."—Marion Goldman, International Journal for the Study of New Religions

"[Readers] will be most interested in Urban's thoughts on who gets to decide what qualifies as religion. . . . [A] readable book that provides a model of how to discuss a religious group while addressing theoretical questions of substance."—Mark D. Chapman, Review of Religious Research

"I highly recommend the book to not only scholars of new religious movements and American religions, but to all scholars of religion. . . . This book is a must read for anyone interested in the Scientology or the construction of the category of religion in public life."—Kelly J. Baker, Journal of Alternative and Emergent Religions

"Urban's book is a unique addition to the scholarly literature on the CoS, both for its historical contributions and for his examination of the CoS as a heuristic case for understanding the struggles NRMs endure toward gaining legitimate recognition as religions."—Sean E. Currie, Review of Religious Research

"Urban has succeeded admirably in The Church of Scientology: A History of a New Religion. This is thus a book that is of interest not only to specialists in New Religious Movements, but to all readers with an interest in the study of contemporary religion."—Henrik Bogdan, Numen

"Urban's history is clear, concise, and evenhanded—no small achievement given the complexity of the story, the secrecy surrounding Scientology, and the wealth of sensational materials from apologists and opponents."—Erin A. Smith, Journal of American History

"Hugh Urban has written an engaging book that tells the story of Scientology more thoroughly and in a more balanced way than any other treatment of the topic thus far. Were that not enough, this is also a book with much to say about the central question that has come to be debated among contemporary scholars of religion: What, after all, is this thing we call religion?"—Robert Wuthnow, Princeton University

"Urban's compelling book provides a critical but balanced assessment of this very controversial new religion, highlighting the ways Hubbard and his church reflect the fear and suspicion, yet also the boundless national optimism, so characteristic of cold war America. This book will become the source for reliable information on Scientology."—Lorne L. Dawson, University of Waterloo, author of Comprehending Cults

"Until now there was no extensive scholarship on the Church of Scientology in existence. With the appearance of Urban's powerful and provocative new book, we are without question on radically new historical and theoretical ground with respect to the study of Scientology and, I dare say, new American religious movements in general. In every way, this is a major achievement."—Jeffrey J. Kripal, Rice University, author of Mutants and Mystics: Science Fiction, Superhero Comics, and the Paranormal