A searching examination of the moral limits of political compromise 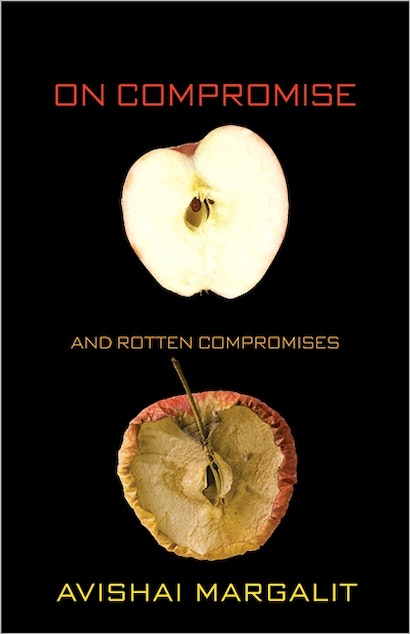 When is political compromise acceptable—and when is it fundamentally rotten, something we should never accept, come what may? What if a rotten compromise is politically necessary? Compromise is a great political virtue, especially for the sake of peace. But, as Avishai Margalit argues, there are moral limits to acceptable compromise even for peace. But just what are those limits? At what point does peace secured with compromise become unjust? Focusing attention on vitally important questions that have received surprisingly little attention, Margalit argues that we should be concerned not only with what makes a just war, but also with what kind of compromise allows for a just peace.

Examining a wide range of examples, including the Munich Agreement, the Yalta Conference, and Arab-Israeli peace negotiations, Margalit provides a searching examination of the nature of political compromise in its various forms. Combining philosophy, politics, and history, and written in a vivid and accessible style, On Compromise and Rotten Compromises is full of surprising new insights about war, peace, justice, and sectarianism.

Avishai Margalit's most recent book (with Ian Buruma) is Occidentalism: The West in the Eyes of Its Enemies (Penguin). His other books include The Ethics of Memory and The Decent Society. A professor emeritus of philosophy at the Hebrew University of Jerusalem, Margalit is a member of the Israel Academy of Sciences and Humanities. 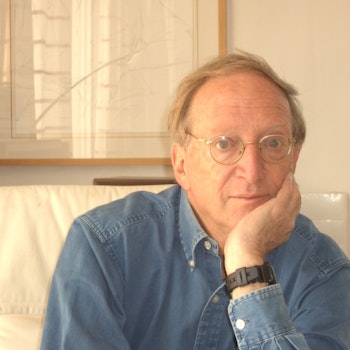 "In a provocative book, Margalit—a professor emeritus of philosophy at the Hebrew University of Jerusalem and the George F. Kennan Professor at the Institute for Advanced Study, in Princeton—claims that 'rotten compromises are not allowed, even for the sake of peace.' Focussing on the political rather than on the personal, he defines a rotten compromise as 'an agreement to establish or maintain an inhuman regime.' Such compromises can be rotten as a result of the terms themselves—such as the provisions in the United States Constitution that allowed for slavery—or as a result of the wickedness of those who determine the terms, as in the case of Hitler and the Munich agreement. 'We should, I believe, be judged by our compromises more than by our ideals and our norms,' Margalit writes. 'Ideals may tell us something important about what we would like to be. But compromises tell us who we are.'"—The New Yorker "Books in Brief"

"The work of Avishai Margalit provides a refreshing and instructive contrast to much that has become conventionally accepted in recent political thinking, particularly about the moral conflicts that arise in pursuit of peace."—John Gray, New York Review of Books

"Margalit's book is an inquiry into the limits of justifiable compromises, not in ordinary democratic bargaining but at times when agreements call on us to accept inhuman regimes for the sake of peace. . . . Provide[s] grist for thinking through the difficulties of compromise in [foreign policy], from tragic choices at desperate moments of history to the routine nastiness in American public life today."—Paul Starr, The New Republic

"Yet there's a strain in Margalit's observations that packs a realist punch. Recognizing that we are 'forced by circumstances to settle for much less than we aspire to' on issues of justice, we ought to be 'judged by our compromises more than by our ideals and norms. Ideals may tell us something important about what we would like to be. But compromises tell us who we are.' In taking that line, Margalit shines light on a truth about real-world justice that few theorists acknowledge: It's impossible to correct all the injustices done in this world since time immemorial, let alone all injustices that might be open to correction. We lack not just means of implementation—we lack data on the uncountable injustices that have ever taken place."—Carlin Romano, Chronicle Review

"Through historical examples and analytic precision, Margalit succeeds in revealing a moral basis and its implications for the often overlooked but crucially important political and individual activity of compromise. Margalit's exploration into the conception of compromise features lucid distinctions and engaging language, creating a book that is capable of speaking to nonacademics and academics alike. . . . [T]his book is valuable for anyone seeking an insightful account of the interrelationship between the political and moral and serves as a starting point for further philosophical study regarding compromise."—Choice

"Margalit's work provides a useful tool for those who may walk into environments of potential compromise in the future, to assist them to make the best possible decisions with the information available to them at the time."—Amanda Stoker, Book Review Queensland Library

"The best political theory (and this includes Hegel) brings together these two goals—the retrospective and the prospective. Avishai Margalit's On Compromise and Rotten Compromises is in this respect exemplary. Margalit wants to clarify issues in political morality that have tremendous urgency today, and he seeks to do so partly by reflecting on events in our past. His book is an uncommon example of philosophical argument informed by acute historical awareness."—David McCabe, Commonweal

"Margalit concludes that we should be judged not according to the norms and values that we affirm, but based upon the compromises we accept. It is a proposition that informs the extremely eloquent and thought-provoking argument he presents in this very welcome analysis of an important topic."—Shaun P. Young, Political Studies Review

"Avishai Margalit has turned a fierce spotlight on a neglected but important area of ethics, when compromises are morally acceptable. He introduces new and compelling distinctions and illuminates a number of major issues in contemporary and recent historical events."—Kenneth J. Arrow, winner of the Nobel Prize in economics

"This book will stimulate wide discussion because compromise—when to make them, when to resist them—is a vital subject in political life, and because Avishai Margalit is universally respected for his analytical skills and moral discernment. The examples give the book historical depth and importance, and the writing is sprightly, precise, and accessible, with memorable turns of phrase. The book reeled me in and held my attention for the duration."—Michael Ignatieff, author of The Lesser Evil: Political Ethics in an Age of Terror

"This book is tremendously important for its introduction and treatment of a fundamental but neglected topic in political philosophy. It also stands out for its writing, with examples and anecdotes introducing rigorous and detailed argumentation without in any way interrupting the narrative flow."—Arthur Ripstein, University of Toronto