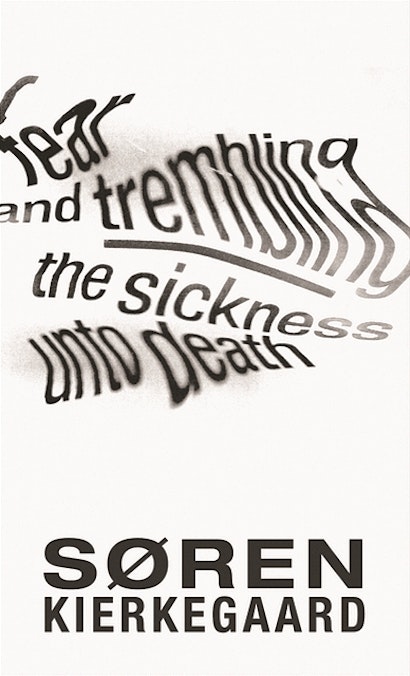 Walter Lowrie’s classic, bestselling translation of Søren Kierkegaard’s most important and popular books remains unmatched for its readability and literary quality. Fear and Trembling and The Sickness Unto Death established Kierkegaard as the father of existentialism and have come to define his contribution to philosophy. Lowrie’s translation, first published in 1941 and later revised, was the first in English, and it has introduced hundreds of thousands of readers to Kierkegaard’s thought. Kierkegaard counted Fear and Trembling and The Sickness Unto Death among “the most perfect books I have written,” and in them he introduces two terms — “the absurd” and “despair” — that have become key terms in modern thought. Fear and Trembling takes up the story of Abraham and Isaac to explore a faith that transcends the ethical, persists in the face of the absurd, and meets its reward in the return of all that the faithful one is willing to sacrifice, while The Sickness Unto Death examines the spiritual anxiety of despair.


Walter Lowrie’s magnificent translation of these seminal works continues to provide an ideal introduction to Kierkegaard. And, as Gordon Marino argues in a new introduction, these books are as relevant as ever in today’s age of anxiety.

Walter Lowrie (1868-1959) played a leading role in introducing Kierkegaard to the English-speaking world as his first English-language biographer and the first English translator of more than a dozen volumes of his work. Gordon Marino is professor at St. Olaf College, specializing in History of Philosophy, Philosophy of Religion, and Kierkegaard. He is the author of Kierkegaard in the Present Age and coeditor of The Cambridge Companion to Kierkegaard.