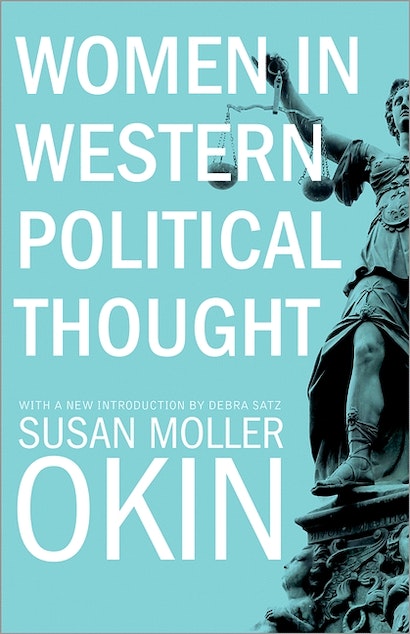 In this pathbreaking study of the works of Plato, Aristotle, Rousseau, and Mill, Susan Moller Okin turns to the tradition of political philosophy that pervades Western culture and its institutions to understand why the gap between formal and real gender equality persists. Our philosophical heritage, Okin argues, largely rests on the assumption of the natural inequality of the sexes. Women cannot be included as equals within political theory unless its deep-rooted assumptions about the traditional family, its sex roles, and its relation to the wider world of political society are challenged. So long as this attitude pervades our institutions and behavior, the formal equality women have won has no chance of becoming substantive.

Susan Moller Okin (1946-2004) was a prominent feminist philosopher and the Marta Sutton Weeks Professor of Ethics in Society at Stanford University. Her books include Justice, Gender, and the Family and Is Multiculturalism Bad for Women?

"Okin has written an engaging, serious, careful, and important work that raises the issues of women and politics in their most elemental and pertinent form. . . . A pioneering book."—Benjamin R. Barber, New Republic

"A brilliant, clear, sustained drive through the murky history of men's ideas about what they wished women to do into the terra incognita of what women can be. . . . [A] major contribution to political thought."—Christina Robb, Boston Globe

"Excellent. . . . Given the generations of scholars who have ignored the obvious, Okin's contribution is tantamount to the child declaring the emperor to be without clothes. Her language is calm, clear, simple, and strong."—Vivian Gornick, Washington Post

"Okin's impressive book makes clear that whatever we may have been taught, we cannot read the great political theorists as though 'mankind' means all of us."—Nannerl Keohane, Ethics