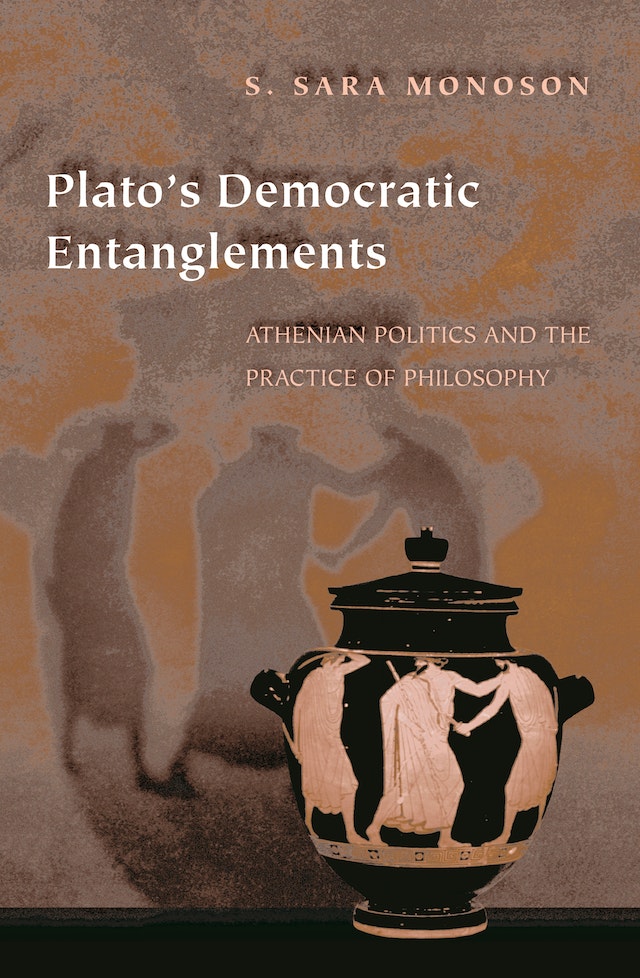 In this book, Sara Monoson challenges the longstanding and widely held view that Plato is a virulent opponent of all things democratic. She does not, however, offer in its place the equally mistaken idea that he is somehow a partisan of democracy. Instead, she argues that we should attend more closely to Plato’s suggestion that democracy is horrifying and exciting, and she seeks to explain why he found it morally and politically intriguing.

Monoson focuses on Plato’s engagement with democracy as he knew it: a cluster of cultural practices that reach into private and public life, as well as a set of governing institutions. She proposes that while Plato charts tensions between the claims of democratic legitimacy and philosophical truth, he also exhibits a striking attraction to four practices central to Athenian democratic politics: intense antityrantism, frank speaking, public funeral oratory, and theater-going. By juxtaposing detailed examination of these aspects of Athenian democracy with analysis of the figurative language, dramatic structure, and arguments of the dialogues, she shows that Plato systematically links democratic ideals and activities to philosophic labor. Monoson finds that Plato’s political thought exposes intimate connections between Athenian democratic politics and the practice of philosophy.

Situating Plato’s political thought in the context of the Athenian democratic imaginary, Monoson develops a new, textured way of thinking of the relationship between Plato’s thought and the politics of his city.

"Sara Monoson is that rare exception to the rule that political theorists cannot sustain the interest of political philosophers: her training in ancient history and classical Greek give her treatment of Plato's complicated relationship to democracy a depth and richness that will repay the efforts of the most exacting of critics."—Debra Nails, Journal of the History of Philosophy

"Clearly written, wide-ranging, but tightly organized. [Monoson] wears her erudition lightly, commanding a clear and cogent prose that is a pleasure to read. . . . Her richly textured portrait of Athenian political culture requires that we reexamine the contrasts conventionally associated with 'ancient' versus 'modern democracy.' Her work also invites us to think harder about the practices through which ideals of freedom and equality may be realized."—Morris B. Kaplan, Political Theory

"One of the many strengths of S. Sara Monoson's book about Plato's views on democracy . . . is the frank recognition of the open-endedness of Platonic interpretation. Her aim is not to argue for a particular cut-and-dried version of Plato's thoughts about democracy but rather to add new dimensions to what is conceded to be a rich cluster of subtle and ambivalent attitudes . . . All those working on either Plato or Athenian democracy will find much of interest."—Richard Mulgan, Ethics

"Sara Monoson has written a wonderfully readable original book on themes and texts that feel thoroughly familiar until she engages them. With her help, some of the most analyzed passages in all of Greek literature become interesting again. Though the book is lucidly written, it has a complex structure which it employs to make its equally complex argument about the relationship between the Athenian self-understanding of their democracy and Plato's political philosophizing. After an 'Introduction,' Part I considers four substantive issues: power, eros, frank speech, and theatricality as political practices which help constitute an Athenian democratic imaginary. Each chapter is valuable in itself, both in the particular argument it makes and the provocative textual interpretations present at every turn. But it is their cumulative effect as a cultural context for Plato's project that concerns Monoson most of all. Part II reprises each theme but now in terms of the 'imaginary' of Platonic political philosophy. While acknowledging those places where Plato not only departed from Athenian democratic practices but etched an indelible critique of them, she shows how often Plato remained engaged by and even sympathetic to Athenian civic ideals, and how frequently his critique was based on the failure of the Athenians to live up to them. Her aim is to dislodge the orthodox view of Plato as anti-democratic, which all too often closes down the generative possibilities for introducing Plato as an interlocutor in contemporary political debates. And she accomplishes all this with deftness, insight, and an admirable command of the primary texts and the scholarly literature on them."—J. Peter Euben, University of California, Santa Cruz