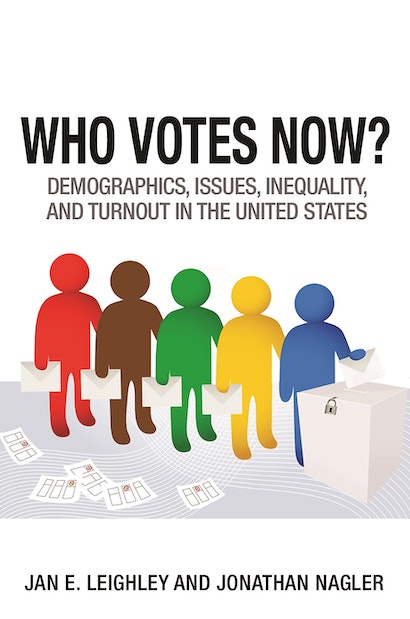 Who Votes Now? compares the demographic characteristics and political views of voters and nonvoters in American presidential elections since 1972 and examines how electoral reforms and the choices offered by candidates influence voter turnout. Drawing on a wealth of data from the U.S. Census Bureau’s Current Population Survey and the American National Election Studies, Jan Leighley and Jonathan Nagler demonstrate that the rich have consistently voted more than the poor for the past four decades, and that voters are substantially more conservative in their economic views than nonvoters. They find that women are now more likely to vote than men, that the gap in voting rates between blacks and whites has largely disappeared, and that older Americans continue to vote more than younger Americans. Leighley and Nagler also show how electoral reforms such as Election Day voter registration and absentee voting have boosted voter turnout, and how turnout would also rise if parties offered more distinct choices.


Providing the most systematic analysis available of modern voter turnout, Who Votes Now? reveals that persistent class bias in turnout has enduring political consequences, and that it really does matter who votes and who doesn’t.

Jan E. Leighley is professor of political science at American University. She is the author of Strength in Numbers?: The Political Mobilization of Racial and Ethnic Minorities (Princeton) and Mass Media and Politics: A Social Science Perspective. Jonathan Nagler is professor of politics at New York University. He is an inaugural fellow of the Society for Political Methodology. 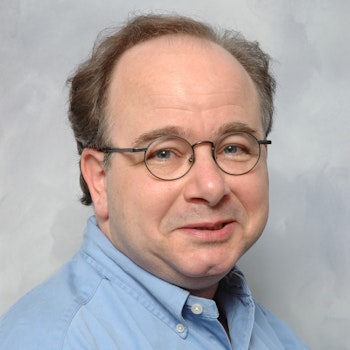 "Who Votes Now? provides a fresh and valuable look at questions basic to the functioning of a democratic society."—Dan Balz, Washington Post

"Who Votes Now? is a must-read for students of voting behaviour."—Steffen Zittlau, Political Studies Review

"Americans vote at a lesser rate than citizens of virtually every other democracy in the world. Leighley and Nagler's carefully nuanced analysis reveals an income bias separating voters and nonvoters, along with sometimes sharp differences in policy preferences between the two groups. This important book sets the standard for understanding the motivations of voters and nonvoters, and for evaluating the impact of remedies designed to increase turnout and participation equality."—Robert Erikson, Columbia University

"Ongoing struggles over voter participation continue to be a defining ingredient of partisan competition and democratic politics in America. Leighley and Nagler provide timely and compelling evidence regarding the state of voter turnout in American presidential elections over the past four decades, and offer new perspectives on the efficacy and potential of electoral reforms intended to level the playing field in American politics."—Robert Huckfeldt, University of California, Davis

"This is the most thorough and sophisticated analysis of voting since Wolfinger and Rosenstone's definitive Who Votes?, published a quarter century ago. This becomes the new essential book for scholars and students on the demography of voters, their preferences, the context of voting laws, and choices presented by candidates. Its research and conclusions will not be superseded for some time to come."—Sidney Verba, Harvard University, coauthor of The Unheavenly Chorus

"Who Votes Now? is a very important contribution to the literature on political participation in America."—Nancy Burns, University of Michigan