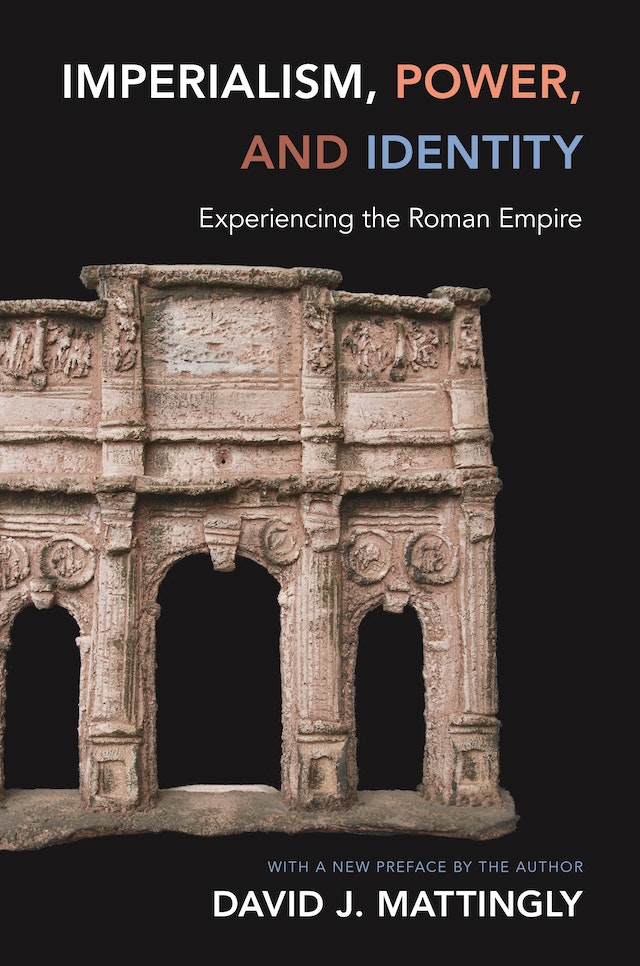 Despite what history has taught us about imperialism’s destructive effects on colonial societies, many classicists continue to emphasize disproportionately the civilizing and assimilative nature of the Roman Empire and to hold a generally favorable view of Rome’s impact on its subject peoples. Imperialism, Power, and Identity boldly challenges this view using insights from postcolonial studies of modern empires to offer a more nuanced understanding of Roman imperialism.


Rejecting outdated notions about Romanization, David Mattingly focuses instead on the concept of identity to reveal a Roman society made up of far-flung populations whose experience of empire varied enormously. He examines the nature of power in Rome and the means by which the Roman state exploited the natural, mercantile, and human resources within its frontiers. Mattingly draws on his own archaeological work in Britain, Jordan, and North Africa and covers a broad range of topics, including sexual relations and violence; census-taking and taxation; mining and pollution; land and labor; and art and iconography. He shows how the lives of those under Rome’s dominion were challenged, enhanced, or destroyed by the empire’s power, and in doing so he redefines the meaning and significance of Rome in today’s debates about globalization, power, and empire.

Imperialism, Power, and Identity advances a new agenda for classical studies, one that views Roman rule from the perspective of the ruled and not just the rulers.


In a new preface, Mattingly reflects on some of the reactions prompted by the initial publication of the book.

David J. Mattingly is professor of Roman archaeology at the University of Leicester and a fellow of the British Academy. His many books include An Imperial Possession: Britain in the Roman Empire, Tripolitania,
Farming the Desert, Archaeology and Desertification, and The Cambridge Dictionary of Classical Civilization.

"Imperialism, Power, and Identity is an ambitious attempt to map the transformation of lifestyles and experience among Rome's provincial subjects in the first three centuries AD. . . . This is 'history from below' at its best."—Peter Thonemann, Times Literary Supplement

"Although appealingly and sometimes passionately written, this is a substantial and technically detailed book. . . . An advanced and theoretically sophisticated approach, it will shift the centre of debate over the merits of Roman imperialism for many years to come."—Edith Hall, History Today

"[T]his volume is provocative, passionate and personal. It ranges widely across time, space and categories of evidence. Importantly, it is a contribution which does not unquestioningly import and impose concepts such as post-colonial theory, but rather it critically examines their value, refines them and contributes back to wider contemporary debates."—Robert Witcher, Classical Review

"Imperialism, Power, and Identity provides an excellent summation of both Roman imperialism and Mattingly's unique perspective on the relationship between empires and local peoples. His writing style, engrossing case studies, and distinctive interpretations are welcome additions to the study of Roman imperial encounters. The book should be of great interest to specialists and postgraduates, as well as anyone interested in understanding Roman imperialism from a vantage other than the traditional one."—Anna Lucille Boozer, British Archaeology

"The title of Mattingly's book is no false advertising. His treatment of what empire and imperialism are; how power permeated all relationships and transactions—personal social, political, sexual and economic—throughout the Empire; in what ways the inexhaustible appetite for resources in Roman imperial times wasted human lives and did lasting damage to natural landscapes; and how individuals and groups conceived of their identities under Roman imperial rule, all make us experience what it was like to be part of its power system."—Tom Palaima, Times Higher Education Supplement

"For a serious academic treatment—this is no light read—his conclusions can be surprisingly uncomfortable, especially for those who prefer to see the artistic fruits of Roman civilization without the human suffering that accompanied them. This latest volume is essential for anyone wishing to keep up with the debate."—Current Archaelogy

"Mattingly presents a personal reflection on Roman imperialism in which he rejects the essentially static concept of Romanization in favor of a more dynamic model."—Choice

"Mattingly's presentation of many cogent and well-supported arguments . . . should be considered by all serious scholars of the Roman Empire."—Adam Kemezis, Journal of the Classical Association of Canada

"The text is very well structured, with ample definitions, introductions, subtitling and conclusions reiterating the main points. Mattingly is a good writer and his prose makes good reading, regardless of whether or not one is willing fully to share his new readings of the issues involved. The scholarship of this book is admirable and the points well argued. Mattingly may not be such a lonely front line soldier defending a new paradigm as he sometimes implies, but there is no denying that he is a central figure in the discussion that more and more pervades archaeological studies dealing with the understanding of the implications of Roman imperialism. . . . This book is a passionate, thought-provoking and necessary statement in this debate."—Pirjo Hamari, ARCTOS

"Mattingly is one of the leading archaeologists of the Roman provinces, both in the quality of his fieldwork and his interpretive thinking. This book demonstrates why that position is fully deserved."—Louise Revell, Journal of Roman Studies

"Mattingly critically examines accepted ideas about the Roman Empire and evaluates them on the basis of recent archaeological analyses. He provides excellent, up-to-date discussions of such issues as Roman imperialism, colonialism, and the expression of identity through material culture. This book will be important in providing a set of new ideas about many current themes regarding the Roman world."—Peter S. Wells, author of The Barbarians Speak: How the Conquered Peoples Shaped Roman Europe

"This is an important book by a major scholar. David Mattingly is among the most prolific and skilled archaeologists of his generation, and very rare in the ability to produce wide-ranging works of synthesis that do not steer clear of controversy. The arguments that this book will spark are arguments that are worth having."—David S. Potter, author of The Roman Empire at Bay