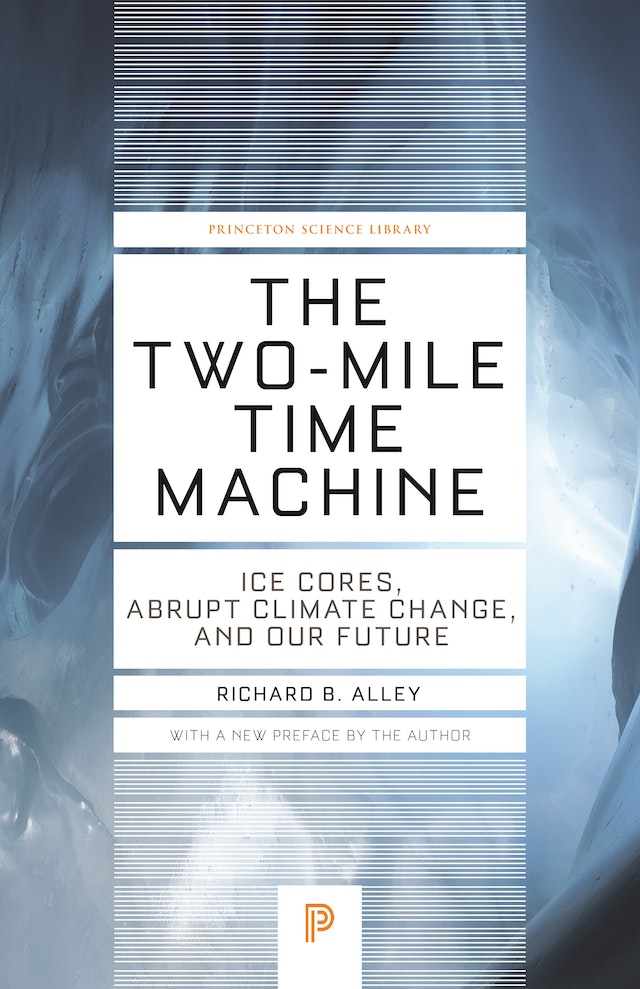 In a new preface, the author weighs in on whether our understanding of global climate change has altered in the years since the book was first published, what the latest research tells us, and what he is working on next.

Richard B. Alley is the Evan Pugh Professor of Geosciences at Pennsylvania State University and a member of the National Academy of Sciences. The author of more than 240 scientific papers, he was also the host of the PBS miniseries Earth: The Operators' Manual.

"Although not all scientists will agree with Alley's conclusions, [this] engaging book—a brilliant combination of scientific thriller, memoir and environmental science—provides instructive glimpses into our climatic past and global future . . ."—Publisher's Weekly

"Alley's . . . striking finding is that the earth's climate has always been wildly variable and subject to dramatic swings—except during the past 10,000 years. So the period during which humankind has established itself across the globe and made the transition from grubby bands of hunter-gatherers to the dubious majesty of global capitalism corresponds exactly to a freakishly stable period in the earth's climate."—Angus Clarke, The Times of London

"With a highly readable style designed to capture and stimulate the imagination of his students, Alley explains some of the complexities of Earth system science with a minimum of jargon. This book is not just for students: it will be readily accessible to a wide audience that should be aware of its contents."—David Peel, New Scientist

"[A] provocative little book . . . a compelling tale of climate sleuthing . . .[Alley] is authoritative without being dogmatic, concerned without being alarmist."—Robert C. Cowen, Christian Science Monitor

"A fascinating journey into the geologic past and the history of the Earth's climate . . . Alley ends his entertaining book by polishing his crystal ball, envisioning what the future climate will be, and what we might do about it."—J.A. Rial, American Scientist

"A superlative account of a complex topic . . . It is refreshingly straightforward to read, often humorous, yet still deadly serious, complete with anecdotes and understandable explanations of complex processes."—Choice

"Books in which scientists write about their professional experience and describe in lay terms the stuff that makes them excited about science rarely disappoint. Richard Alley's The Two Mile Time Machine is no exception. It describes a fascinating journey into the geologic past and the history of the Earth's climate. . . . Alley ends his entertaining book by polishing his crystal ball, envisioning what the future climate will be, and what we might do about it."—J.A. Rial, American Scientist

"[A] superb book. . . . Alley demonstrates that the scientific understanding of climate is both a lot more complex, and a lot simpler, than public perceptions might indicate. . . .The Two-Mile Time Machine restores some of the joy of discovery that has always been present in scientific work, but is often lost amidst today's furious research pace and compressed news cycles."—Cathering H. Crouch, Books and Culture

"A fascinating first-hand story. . . . [A]n engaging narrative about the processes of obtaining, analyzing, and interpreting the ice cores. . . . Scientists, students, and the general public all need to know the present state of our incomplete understanding of the global climate system. This book provides an excellent foundation"—Al Bartlett, American Journal of Physics

"It is . . . refreshing to read a book that tells us in easy words, but with sufficient depth, how scientists have obtained the information about past climate change that is the basis for worries about the future. Richard Alley is a world authority in the science of ice cores and climate, and his book fills the large gap between technical and scholarly words for students of climate science and the short articles about these topics that are often found in the popular science magazines. The book addresses the interested layperson; following the story does not require special scientific knowledge. [It] is an excellent messenger of scientific endeavor and the enrichment this brings to society."—Thomas Stocker, Bulletin of the American Meteorological Society

"The Two-Mile Time Machine takes a story that has been much discussed in the press and revitalizes it with the author's infectious enthusiasm and with background information on the history of ice core drilling. It provides an excellent survey for the general reader and those interested in the history of scientific exploration and issues related to science and society."—Thomas J. Crowley, Texas A & M University

"Richard Alley takes the reader from the rationale for the study of ice sheets to the story of how ice cores are recovered and how we read the climate and environment of the past recorded therein. He does a good job putting his message on the human time scale and makes his information accessible to the general reader."—Lonnie G. Thompson, The Ohio State University