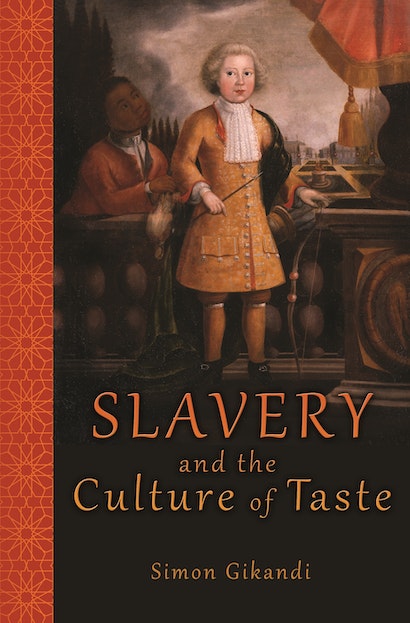 It would be easy to assume that, in the eighteenth century, slavery and the culture of taste — the world of politeness, manners, and aesthetics — existed as separate and unequal domains, unrelated in the spheres of social life. But to the contrary, Slavery and the Culture of Taste demonstrates that these two areas of modernity were surprisingly entwined. Ranging across Britain, the antebellum South, and the West Indies, and examining vast archives, including portraits, period paintings, personal narratives, and diaries, Simon Gikandi illustrates how the violence and ugliness of enslavement actually shaped theories of taste, notions of beauty, and practices of high culture, and how slavery’s impurity informed and haunted the rarified customs of the time.


Gikandi focuses on the ways that the enslavement of Africans and the profits derived from this exploitation enabled the moment of taste in European — mainly British — life, leading to a transformation of bourgeois ideas regarding freedom and selfhood. He explores how these connections played out in the immense fortunes made in the West Indies sugar colonies, supporting the lavish lives of English barons and altering the ideals that defined middle-class subjects. Discussing how the ownership of slaves turned the American planter class into a new aristocracy, Gikandi engages with the slaves’ own response to the strange interplay of modern notions of freedom and the realities of bondage, and he emphasizes the aesthetic and cultural processes developed by slaves to create spaces of freedom outside the regimen of enforced labor and truncated leisure.


Through a close look at the eighteenth century’s many remarkable documents and artworks, Slavery and the Culture of Taste sets forth the tensions and contradictions entangling a brutal practice and the distinctions of civility.

Simon Gikandi is the Robert Schirmer Professor of English at Princeton University. His many books include Writing in Limbo and Maps of Englishness. 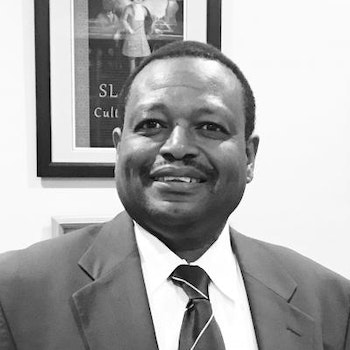 "In this at times disturbing and often provocative book, Gikandi seeks to bring together two seemingly disparate areas of experience, African slavery and European high culture. . . . This impressive, and in places startling, book is sure to redirect the tide of contemporary 18th-century studies; it exemplifies critical inquiry into the 'global 18th century' at its best."—Choice

"[T]his is an absorbing and otherwise well-executed study. It is nuanced, erudite and wide-ranging, shedding much valuable new light on the vexed relationships between eighteenth-century aesthetic culture and the outrageous history that shadows it."—Carl Plasa, Review of English Studies

"Among the many strengths of this study is that it will engage scholars and students from a variety of disciplines, including the Atlantic world, British history and/or literature, colonial history both North American and Caribbean—and the slave trade. Gikandi is an engaging author, but he assumes some prior knowledge of the materials that he so intricately weaves into his remarkably detailed narrative."—Dorothy Potter, Sixteenth Century Journal

"Interdisciplinary in approach, Slavery and the Culture of Taste is a virtuoso performance that mobilizes a vast amount of secondary literature and deploys a dazzling array of theory."—Ryan Whyte, Journal of Curatorial Studies

"Slavery and the Culture of Taste is an important book that should be widely read by students of slavery and the modern world."—Ed Rugemer, Literature & History

"It is difficult to think of a single work that more clearly and carefully reveals the inextricable intertwining of the habits and social practices of the British elite in the drawing rooms of London with the harsh brutalities of Britain's central involvement in the creation and maintenance of the slave trade in the West Indies and West Africa. This book is full of stunning insights and is a pleasure to read. It is an original contribution to the study of the Enlightenment."—Henry Louis Gates, Jr., author of Tradition and the Black Atlantic and The Trials of Phillis Wheatley

"This ambitious, intelligent, and far-reaching book argues that selfhood and the culture of taste were constituted by slavery. It is, as far as I know, the first in-depth look at slave performance in relation to the British culture of taste and refinement, and will, without a doubt, transform our understanding of the eighteenth century."—Saidiya Hartman, author of Lose Your Mother: A Journey Along the Atlantic Slave Route

"This book cogently argues for the complexities between the cultures of politeness in eighteenth-century English culture and the practices of slave capitalism. Connecting images of slavery with archival sources from the eighteenth century as well as with the writings of modern and contemporary theorists and philosophers, Gikandi's work will interest scholars of eighteenth-century studies, the Black Atlantic, British cultural and literary history, and colonial/postcolonial studies, as well as historians of slavery and the slave trade."—Philip Gould, Brown University

"This book explores with great insight the relations between taste—a social, aesthetic, and regulatory standard, crafted by traditional elites—and the practices of violence and exploitation that characterized slavery in the eighteenth century. Leading the reader through terrains of connection and difference that stretch across oceans and periods, this book is a pleasure to read and ponder."—Kathleen Wilson, State University of New York, Stony Brook