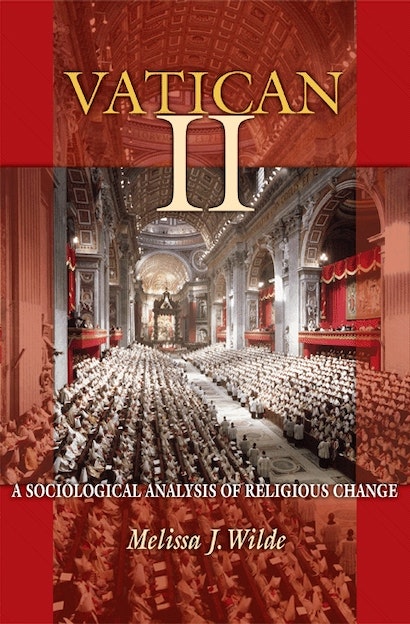 "Wilde has written the first serious sociological study of the dynamics of the Second Vatican Council. The men who organized the 'progressive' faction were not, as is often claimed, theologians who were manipulating bishops, but bishops from the countries where the church was engaged with modernity, especially from South America. Nor did they view their efforts as anything less than a dramatic change from the past. They were great men who accomplished great deeds. After this book, no one will be able to dismiss them."—Andrew Greeley, author of The Catholic Revolution

"Wilde's big-picture analysis of huge institutional religious change exemplifies a kind of scholarship that is so valuable yet all too rare in contemporary sociology of religion. Ambitious, creative, careful, and fascinating, Vatican II makes a major contribution."—Christian Smith, University of Notre Dame

"Using a fascinating array of archival materials, Melissa Wilde here presents an innovative, behind-the-scenes, and groundbreaking analysis of the deliberations of Vatican II. And, importantly, she employs vital concepts from diverse areas of sociology to make sense of the rich empirical data at her disposal."—Michele Dillon, author of Catholic Identity: Balancing Reason, Faith, and Power

"This exciting book is poised to make a big splash in scholarly circles and beyond. Advancing a clear conceptual framework, it is unique in looking at Catholicism through the lens of the diverse national environments that affect the interests and organizational behavior of religious leaders."—Peter McDonough, author of Men Astutely Trained: A History of the Jesuits in the American Century