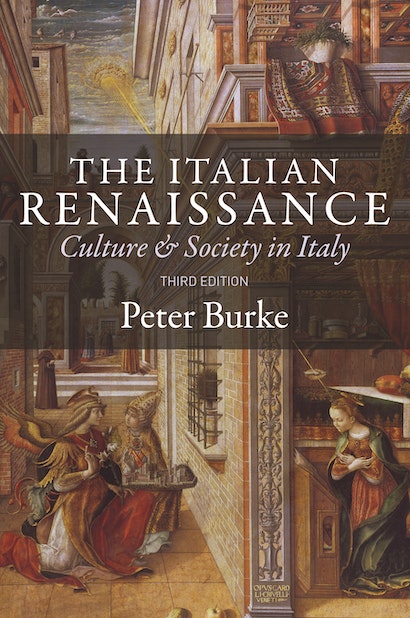 In this brilliant and widely acclaimed work, Peter Burke presents a social and cultural history of the Italian Renaissance. He discusses the social and political institutions that existed in Italy during the fifteenth and sixteenth centuries, and he analyses the ways of thinking and seeing that characterized this period of extraordinary artistic creativity.

Developing a distinctive sociological approach, Peter Burke is concerned not only with the finished works of Michelangelo, Raphael, Leonardo da Vinci, and others, but also with the social background, patterns of recruitment, and means of subsistence of this ‘cultural elite.’ He thus makes a major contribution to our understanding of the Italian Renaissance, and to our comprehension of the complex relations between culture and society.

Burke has thoroughly revised and updated the text for this new edition, including a new introduction, and the book is richly illustrated throughout. It will have a wide appeal among historians, sociologists, and anyone interested in one of the most creative periods of European history.

Peter Burke is professor emeritus of cultural history at the University of Cambridge and fellow of Emmanuel College, Cambridge. His previous books include Popular Culture in Early Modern Europe, Historical Anthropology of Early Modern Italy, History and Social Theory, A Social History of Knowledge, and Languages and Communities in Early Modern Europe (2004).

"A superb introduction to Renaissance culture and society."—Renaissance Quarterly

"Burke handles both breadth and depth of a most creative and complex period with balance, sensibility, and solid supportive arguments.... This is an indispensable study for historians, sociologists, and anyone interested in one of the most remarkable periods of European history."—Choice

"[This book's] fundamental concern with exploring in a rigorous fashion how cultural change and—to admit one's bias—achievement is related to the economic, social, and political structure of an age remains a vital interest."—Joachim W. Stieber, The Sixteenth Century Journal