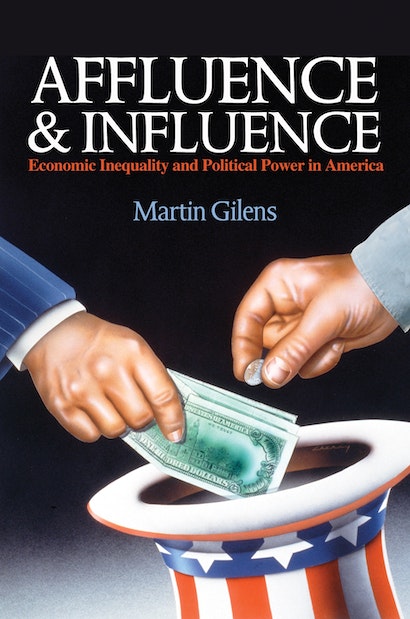 Can a country be a democracy if its government only responds to the preferences of the rich? In an ideal democracy, all citizens should have equal influence on government policy—but as this book demonstrates, America’s policymakers respond almost exclusively to the preferences of the economically advantaged. Affluence and Influence definitively explores how political inequality in the United States has evolved over the last several decades and how this growing disparity has been shaped by interest groups, parties, and elections.

With sharp analysis and an impressive range of data, Martin Gilens looks at thousands of proposed policy changes, and the degree of support for each among poor, middle-class, and affluent Americans. His findings are staggering: when preferences of low- or middle-income Americans diverge from those of the affluent, there is virtually no relationship between policy outcomes and the desires of less advantaged groups. In contrast, affluent Americans’ preferences exhibit a substantial relationship with policy outcomes whether their preferences are shared by lower-income groups or not. Gilens shows that representational inequality is spread widely across different policy domains and time periods. Yet Gilens also shows that under specific circumstances the preferences of the middle class and, to a lesser extent, the poor, do seem to matter. In particular, impending elections—especially presidential elections—and an even partisan division in Congress mitigate representational inequality and boost responsiveness to the preferences of the broader public.

At a time when economic and political inequality in the United States only continues to rise, Affluence and Influence raises important questions about whether American democracy is truly responding to the needs of all its citizens.

Martin Gilens is professor of politics at Princeton University. He is the author of Why Americans Hate Welfare: Race, Media, and the Politics of Antipoverty Policy. 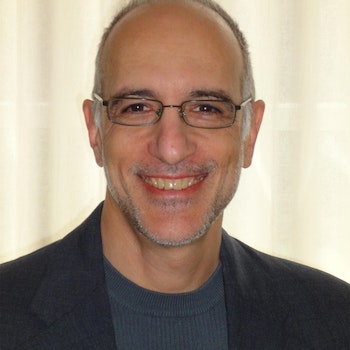 "The best book in decades on political inequality. . . . Gilens's years of careful empirical research and his impressively fair and clear presentation of evidence mark a major step forward in the scientific study of political inequality in America."—Larry Bartels, Monkey Cage blog

"This book is already being hailed as a landmark study of American political representation."—Thomas Ferguson, Perspectives on Politics

"[I] was simply unaware of the facts presented in Martin Gilens's new Affluence and Influence. Gilens compiles a massive data set of public opinion surveys and subsequent policy outcomes, and reaches a shocking conclusion: Democracy has a strong tendency to simply supply the policies favored by the rich. When the poor, the middle class, and the rich disagree, American democracy largely ignores the poor and the middle class. . . . [I]ntellectually satisfying."—Bryan Caplan, Econlog

"This nuanced, carefully constructed volume evaluates the relationship between growing economic inequality and political power in the U.S., finding that policy outcomes are biased overwhelmingly in favour of the affluent. . . . Especially impressive are his successful efforts at separating the influence of interest groups and political parties on policy outcomes from the influence of public opinion by economic class. His opening chapter on citizen competence and democratic decision making should be required reading for those who doubt the feasibility and value of a truly representative government."—Choice

"Martin Gilens makes an important empirical contribution to the discussions about the effects of inequality on policymaking in the United States."—Nolan McCarty, American Interest

"Gilens' book, as with all good political science scholarship, provides the cold, hard data to prove a crucial hypothesis of our times, in this case that American politics responds only to the preferences of the affluent. . . . [I]t is certainly well-written by academic standards; it is clinical and precise, with a table of logistic regressions to back up every claim. So if you are looking for a rigorous study of the relationship between affluence and influence, then look no further. This book is a vital weapon in the armoury for anyone who suspects that American democracy might not be all it seems."—Maeve McKeown, New Left Project

"At a time when economic and political inequality in the United States only continues to rise, Affluence and Influence raises important questions about whether American democracy is truly responding to the needs of all its citizens."—World Book Industry

"This is an important book, representing an excellent piece of scholarship that will shape the debate about public opinion and American democracy for years to come. . . . [T]his is an outstanding book that answers many questions and raises countless others. This is exactly what a quality piece of social science ought to do."—Nathan Kelly, Public Opinion Quarterly

"Inequality in America is steadily worsening, and nowhere is that more worrying than in our politics. This deservedly prize-winning book offers compelling new evidence that affluent Americans have much more influence than their fellow citizens and that this disparity is growing."—Robert Putnam, Harvard University

"Our democracy isn't: That's the inescapable conclusion of this incredibly powerful and beautifully written book. Too important for academics alone, this is required reading for any citizen, or anyone anywhere trying to understand how history's most important democracy has lost its way."—Lawrence Lessig, Harvard University

"Democracy is based on the ideal that every citizen has an equal potential to shape what government does. With care and without cant, Gilens shows that we are very far from this ideal in contemporary American politics. The economically privileged don't always get what they want. But, according to Gilen's pioneering analysis, they are much more influential than those below them on the economic ladder. Affluence and Influence is a landmark in the study of representation."—Jacob Hacker, coauthor of Winner-Take-All Politics

"When the U.S. government makes policies on critical issues, it responds to the preferences of the affluent, but often ignores the poor and middle class. Using public opinion and policy data in innovative ways, this eye-opening book explores the reasons for unequal government responsiveness to citizen preferences. For anyone who cares about inequality and democracy in America, this book goes at the top of the reading list. A home run."—Theda Skocpol, Harvard University

"Affluence and Influence is social science at its best, melding sophisticated scholarship with moral purpose. The book shows how better-off Americans sway elections and get the laws they want. If other citizens feel unrepresented, Gilens's analysis could be a first step toward redress."—Andrew Hacker, Queens College

"This is an important book, destined to be a classic. It is the definitive statement to date on a big topic: how general public opinion, the opinions of affluent citizens, and the views of organized interest groups affect the making of U.S. public policy. Containing scrupulous analysis and well-supported claims, Affluence and Influence will have great scholarly impact and reach broad audiences concerned with American politics, public policy, and democratic theory."—Benjamin I. Page, Northwestern University

"This book addresses fundamental questions about equality and democratic responsiveness in the United States, and concludes that government policies are more responsive to affluent citizens than to others less well off. Part of the novelty and richness of the book comes from its description of specific policy issues and cases, which provides a detailed and important picture of real-world American politics."—Robert Y. Shapiro, Columbia University