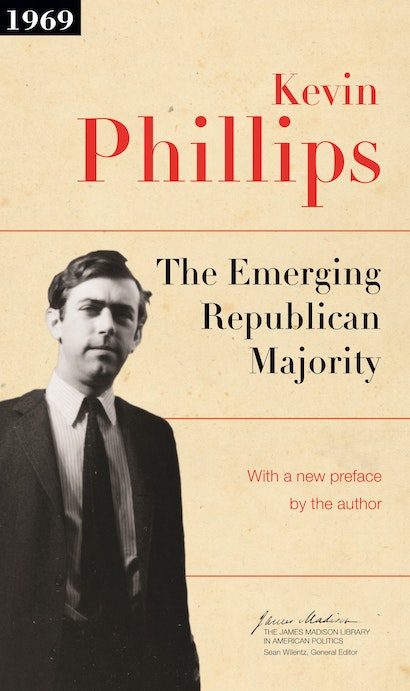 One of the most important and controversial books in modern American politics, The Emerging Republican Majority (1969) explained how Richard Nixon won the White House in 1968—and why the Republicans would go on to dominate presidential politics for the next quarter century. Rightly or wrongly, the book has widely been seen as a blueprint for how Republicans, using the so-called Southern Strategy, could build a durable winning coalition in presidential elections. Certainly, Nixon’s election marked the end of a “New Deal Democratic hegemony” and the beginning of a conservative realignment encompassing historically Democratic voters from the South and the Florida-to-California “Sun Belt,” in the book’s enduring coinage. In accounting for that shift, Kevin Phillips showed how two decades and more of social and political changes had created enormous opportunities for a resurgent conservative Republican Party. For this new edition, Phillips has written a preface describing his view of the book, its reception, and how its analysis was borne out in subsequent elections.

A work whose legacy and influence are still fiercely debated, The Emerging Republican Majority is essential reading for anyone interested in American politics or history.

Kevin Phillips is a writer and political commentator. He is the author of fifteen books, including, most recently, 1775, Bad Money, American Theocracy, and American Dynasty.