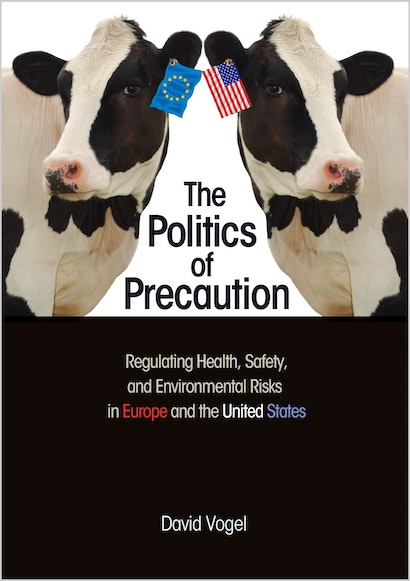 The Politics of Precaution examines the politics of consumer and environmental risk regulation in the United States and Europe over the last five decades, explaining why America and Europe have often regulated a wide range of similar risks differently. It finds that between 1960 and 1990, American health, safety, and environmental regulations were more stringent, risk averse, comprehensive, and innovative than those adopted in Europe. But since around 1990, the book shows, global regulatory leadership has shifted to Europe. What explains this striking reversal?


David Vogel takes an in-depth, comparative look at European and American policies toward a range of consumer and environmental risks, including vehicle air pollution, ozone depletion, climate change, beef and milk hormones, genetically modified agriculture, antibiotics in animal feed, pesticides, cosmetic safety, and hazardous substances in electronic products. He traces how concerns over such risks — and pressure on political leaders to do something about them — have risen among the European public but declined among Americans. Vogel explores how policymakers in Europe have grown supportive of more stringent regulations while those in the United States have become sharply polarized along partisan lines. And as European policymakers have grown more willing to regulate risks on precautionary grounds, increasingly skeptical American policymakers have called for higher levels of scientific certainty before imposing additional regulatory controls on business.

David Vogel is professor at the Haas School of Business and in the Department of Political Science at the University of California, Berkeley. His books include The Market for Virtue: The Potential and Limits of Corporate Social Responsibility. 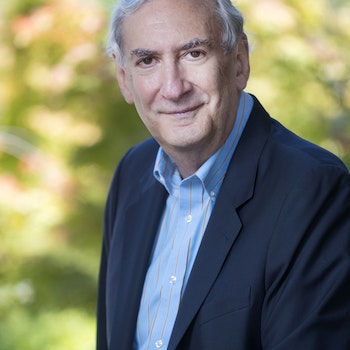 "The Politics of Precaution was an engaging and well researched work which raises fascinating questions about comparative policy change."—Natalie Beinisch, LSE Politics and Policy blog

"Vogel has written extensively on the politics of risk regulation over the past two decades, and this monograph affords him the opportunity to update, qualify, and amend previous examinations. The result is a fruitful analysis of changes to transatlantic policy making regarding genetically engineered food, chemicals in the environment, air toxics, and consumer product safety."—Choice

"In this engaging book, Vogel argues that extreme conservatives in the United States have brought regulatory innovation to a standstill, aided by decentralized and gridlocked U.S. political institutions. . . . [The Politics of Precaution] should be required reading for businesspeople, officials, and citizens interested in the role of government in the modern world."—Andrew Moravcsik, Foreign Affairs

"Once again, David Vogel has given us an important book. It offers a provocative empirical phenomenon and the depth and breadth of Vogel's analysis rewards the patient and careful reader. . . . [T]he book shows the importance of social and political factors in shaping the business environment. It's a vital text for business strategy and comparative public policy scholars and a rewarding one for nearly everyone else."—Matthew Potoski, Perspectives on Politics

"This work deserves a place with Vogel's earlier and highly influential works . . . as well as with works of other major figures in the field. . . . It tells a more complex and perhaps less certain story of our risky times, but it captures important dynamics around how policy makers confront the new risks our ever-developing economies have thrown at us."—Kate O'Neill, Review of Policy Research

"This is comparative politics at its very best. Vogel takes the reader on a fascinating transatlantic journey to show how and why regulatory leadership shifts with political pressures, elite preferences, and new views on risk management. His book should be required reading for everyone concerned about the safety of man and environment."—Lennart J. Lundqvist, University of Gothenburg, Sweden

"Written by an eminent and eloquent scholar in the field, The Politics of Precaution addresses a major issue in risk regulation and transatlantic relations. The book's central claim is that there has been an overall shift from greater American to greater European relative precaution and stringency in risk regulation. Whether one agrees with that claim or not, one must contend with Vogel's argument."—Jonathan B. Wiener, Duke University and coeditor of The Reality of Precaution: Comparing Risk Regulation in the United States and Europe

"The Politics of Precaution challenges some commonly held views about the political economy of regulation. The book will serve as a useful counter to those given to easy assumptions about the differences in how Europeans and Americans regulate similar consumer and environmental risks."—Keith Hawkins, professor emeritus of law and society, University of Oxford

"The Politics of Precaution addresses an intriguing transatlantic topic, contains a wealth of interesting case studies, and is written by a seasoned and perceptive scholar. It is a serious contribution to the literature."—John D. Graham, Indiana University