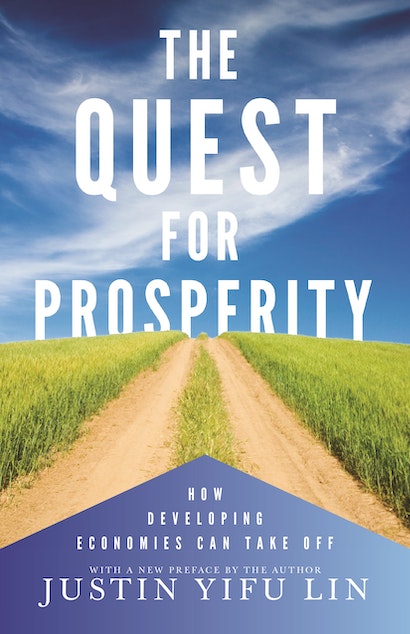 How can developing countries grow their economies? Most answers to this question center on what the rich world should or shouldn’t do for the poor world. In The Quest for Prosperity, Justin Yifu Lin—the first non-Westerner to be chief economist of the World Bank—focuses on what developing nations can do to help themselves. Lin examines how the countries that have succeeded in developing their own economies have actually done it. Interwoven with insights, observations, and stories from Lin’s travels as chief economist of the World Bank and his reflections on China’s rise, this book provides a road map and hope for those countries engaged in their own quest for prosperity.

Justin Yifu Lin is founding director and professor at the China Centre for Economic Research at Peking University. From 2008 to 2012, he served as chief economist and senior vice president of the World Bank. His many books include Demystifying the Chinese Economy and Economic Development and Transition. He is a corresponding fellow of the British Academy, and a fellow of the World Academy of Sciences for the Developing World. 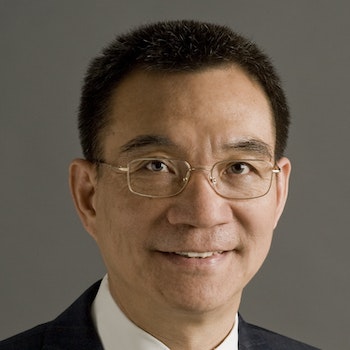 "Lin, the chief economist and senior vice president for the World Bank from 2008 to 2012, tackles prevailing shibboleths in this provocative and challenging work. . . . While there is no easy answer to these problems, Lin's reminder that such development is not a 'zero-sum game' suggests that his thoughtful study should resonate among international audiences."—Publishers Weekly

"[A] brilliant survey of economic thought on the subject, from Adam Smith through Solow-Swan to Michael Spence's Growth Commission. Thousands of authoritative-sounding economic history essays will be written on the back of it by students smart enough to read it before their professors do. . . . [A]s an accessible summary of how the World Bank . . . thinks about development these days, The Quest for Prosperity is hard to beat. It will quickly find its way on to the course reading lists for development economics master's programmes."—Howard Davies, Times Higher Education

"Justin Lin, the Chinese economist who was, until recently, chief economist of the World Bank, has written a book that is as remarkable as it is ambitious: its aim is to show the route to economic development. This is ambitious, because it has been the holy grail of economics since its inception. It is remarkable, because he largely succeeds. One does not have to accept everything Lin argues to recognise that he has made an invaluable contribution. . . . Moreover, the book is also excellently written. A book on a subject of the highest importance, which is intelligent, original, practical and thought-provoking, deserves indeed to be read."—Martin Wolf, Financial Times

"Here, Lin, a former chief economist and senior vice president of the World Bank, explains here in detail the model he created there for developing economies to achieve success and sustainability. . . . The book is well organized and thus it is easy for readers to find information discussed throughout the book as a whole. Lin's use of history and popular culture metaphors make complex economic concepts more accessible to lay readers, especially in his analysis of global economics."—Library Journal

"The most valuable new book I've read this year is Justin Yifu Lin's The Quest for Prosperity. . . . Lin's book is intellectually ambitious. He sets out to survey the modern history of economic development and distill a practical formula for growing out of poverty. It's a serious undertaking: Lin isn't trying to be another pop economics sensation. But The Quest for Prosperity is lightly written and accessible. It weaves in pertinent stories and observations, drawing especially from his travels with the World Bank. He leavens the economics skillfully."—Clive Crook, Bloomberg News

"Lin . . . makes a case for what he calls a 'new structuralist' approach to economic development. Drawing on the experience of many countries, especially China, he argues for an active role for government in fostering development, not only through the traditional provision of infrastructure and the enforcement of rules but also in identifying and supporting industries that contribute to growth. . . . Lin presents a thought-provoking argument."—Foreign Affairs

"The book is peppered with deep insights from economic thought, practical wisdom, and personal experience, and is easily accessible to policy makers, business leaders, and undergraduates studying development economics."—Choice

"[T]his is indeed a stimulating volume, clearly indicating the author's extraordinary command of the development literature and his equally extraordinary level of motivation in making his case."—Gustav Ranis, Journal of Economic Literature

"The Quest for Prosperity is an interesting and enjoyable read."—Mukti P. Upadhyay, European Journal of Developmental Research

"This is a must-read for anyone interested in the emerging consensus on development policy. Justin Yifu Lin makes a powerful case for a 'new structural economics' grounded in a very persuasive analysis of the evolution of ideas in economics. It will resonate especially well with practitioners familiar with the practical constraints of policymaking in developing countries."—Montek Ahluwalia, deputy chairman of the Planning Commission of the Republic of India

"In this masterpiece, Justin Yifu Lin weaves together 250 years of economic thought with his own wisdom acquired during China's economic rise. He dares to envision the end of world poverty and spells out—thoughtfully, sensibly, and pragmatically—how this can be accomplished. It is impossible for an economist to write a better, or a more important, book."—George A. Akerlof, Nobel Laureate in Economics

"Combining valuable insights from his experience in China, his time as the World Bank's chief economist, and the 2008 financial crisis, Justin Yifu Lin's recommendations for development policy reflect an impressive and unique personal journey."—Kemal Dervis, vice president of the Brookings Institution and former executive head of the UN Development Programme

"The Quest for Prosperity is an important book. Written with verve and clarity, it reflects a deep understanding of global economic issues, and proposes practical solutions that anyone concerned with the plight of the world's poor would be wise to read."—Robert Fogel, Nobel Laureate in Economics

"Justin Yifu Lin's life journey has been one of discovery driven by insatiable curiosity. His invaluable contributions to economic theory and policy in these turbulent times are distinctive because of the sharpness of his observations, his willingness to rigorously test a hypothesis, and his courage to posit emerging views. The Quest for Prosperity builds on his already substantial contribution to development economics. It is a must-read for all policymakers and students."—Trevor Manuel, minister in the presidency of the National Planning Commission of South Africa

"Justin Yifu Lin lays out an innovative framework for understanding the mystery of economic growth, drawing insightful conclusions about the experience of successful economies that should provide important inspiration to developing countries as they seek to expand their comparative advantages and design their own growth strategies."—Ngozi Okonjo-Iweala, finance minister of Nigeria

"Justin Yifu Lin cracks the code of economic development in this extraordinary tour de force—offering a rare combination of personal experience, rigorous analysis, and empirical investigation. His powerful recipe will become an enduring feature of future development efforts."—Stephen S. Roach, former chairman of Morgan Stanley Asia and author of The Next Asia

"This is a truly exciting book. Speaking directly to the reader and quoting Lewis Carroll as easily as Simon Kuznets, Justin Yifu Lin proposes a new approach to development economics that makes great sense."—Thomas C. Schelling, Nobel Laureate in Economics

"This book is a tour de force: a seminal contribution to development studies that is engagingly, even entertainingly written. Lin uses words, not statistics, to carry his arguments; and he illuminates abstract ideas with the dicta of people as diverse as Winston Churchill, Deng Xiaoping, and Mick Jagger."—Robert Wade, London School of Economics and Political Science