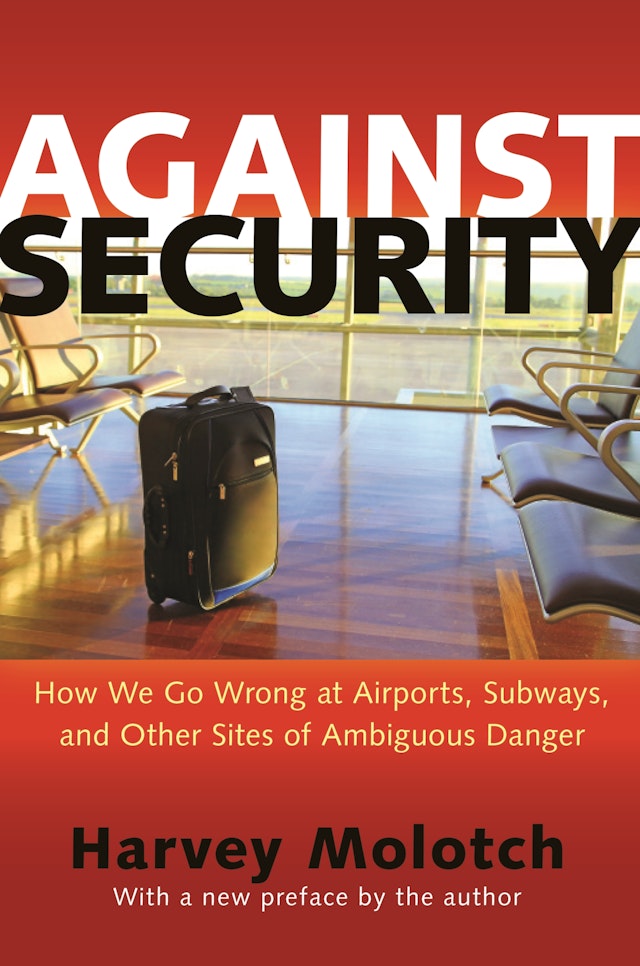 The inspections we put up with at airport gates and the endless warnings we get at train stations, on buses, and all the rest are the way we encounter the vast apparatus of U.S. security. Like the wars fought in its name, these measures are supposed to make us safer in a post–9/11 world. But do they? Against Security explains how these regimes of command-and-control not only annoy and intimidate but are counterproductive. Sociologist Harvey Molotch takes us through the sites, the gizmos, and the politics to urge greater trust in basic citizen capacities—along with smarter design of public spaces. In a new preface, he discusses abatement of panic and what the NSA leaks reveal about the real holes in our security.

Harvey Molotch is professor of sociology and metropolitan studies at New York University. His other books include the classic Urban Fortunes and the more recent Where Stuff Comes From. 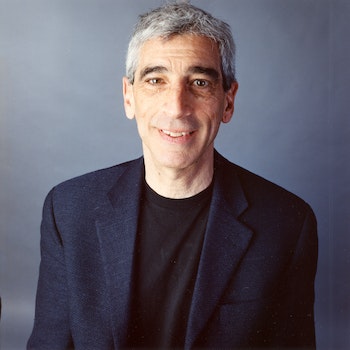 "America's obsession with safety makes us angry, alienated, and ultimately less safe, argues this penetrating study of public security. Sociologist Molotch criticizes a range of security structures and protocols: airport security gates that require useless and humiliating body searches while generating long lines that make tempting targets for terrorists; ill-conceived New Orleans water projects that precipitated the Hurricane Katrina flood, and the militarized disaster response that further endangered residents. Even gender-segregated public restrooms (co-ed restrooms, he contends, would be more convenient and safer for women). Molotch recommends simple hardware and procedural improvements, from better stairways and signage to assist evacuations to customer-service regimens that help employees spot trouble. More than that, he argues for a conceptual shift away from rigid, rule-bound 'command and control' toward a security philosophy that empowers ordinary people to handle crises through spontaneous order and mutual aid. Molotch shrewdly analyzes the ways in which anxious, stressed-out people interact with their physical and social environments in a lively, engaging prose that skewers the verities of the post-9/11 security state. The result is a far-reaching re-examination of our culture of public fear, one that stands conventional wisdom on its head."—Publishers Weekly

"The author is concerned with the complex systems that permit us to feel safe in public places. He traces a path from public toilet facilities through subways and airports to the reconstruction of Ground Zero before taking on the catastrophic effects of nature in the hurricane damage and flooding of New Orleans in 2005. Molotch treats each phase of the narrative separately and considers the design and organization of space, entries, and exits, fields of vision and patterns of activity, whether encouraged or not. The author's approach to public spaces as an environment permits an insightful, provocative treatment of whether the security we seek is fostered or not—and if so, how. . . . A humane, well-researched examination of privacy and security issues."—Kirkus Reviews

"Against Security is an interesting book that will appeal to all sorts of readers, published by a prestigious academic press, and retaining some of the trappings of a serious academic study. It never falters in presenting interesting and thought-provoking stories, which will make it attractive to an audience much broader than social scientists."—David E. Spiro, New York Journal of Books

"Terrorism is the weapon of the disaffected; it has been invented; it cannot be disinvented. Public pressure and the politicians' need to be seen to 'do something' will bring more security counter-measures. Molotch is right to say that their conduct must be improved."—Omar Malik, Times Higher Education

"In Against Security, Molotch takes aim at a 'command-and-control' approach to subway and airport safety, flood protection, and the war on terror. He makes a compelling case that security requires 'considered judgments based on empirical evidence cleansed of anxieties of fear and vengeance.' And he suggests specific changes, small and large, to enhance safety without diminishing civil liberties or the everyday enjoyment of life, that deserve our attention."—Barron's

"Molotch is not anti-security; he calls for and offers some suggestions for better designs and architecture. A challenging book, then, to spark thought among all security people."—Professional Security Magazine

"A lot of psychological research has tried to make sense out of security, fear, risk, and safety. But however fascinating the academic literature is, it often misses the broader social dynamics. New York University's Harvey Molotch helpfully brings a sociologist's perspective to the subject in his new book Against Security."—Bruce Schneier, Reason

"This is one of the most significant volumes available highlighting alternatives to the paranoia surrounding the war on terror, and it deserves a place on the shelf of all academic libraries."—Choice

"Against Security is worth the price of admission for Molotch's analysis of the TSA's airport screening system. . . . Reading Against Security is a terrific way for us to re-examine our assumptions and our methods. This is a book that both informs about the microsystems of airport screening, subway platforms, and public restrooms while making us think about the larger societal tradeoffs we make to ensure our safety."—InsideHigherEd.com

"Though meticulously well informed by his own research and relevant academic references, Molotch writes refreshingly and appropriately for a general audience that knows the frustration of going through an airport—the perversity of restrictions that delay, dull the fun, or deflect from the task in hand, all in the name of some specious security. . . . Some sociologists, including those contributing to newer fields such as security studies and surveillance studies, need to hear Molotch's message."—David Lyon, American Journal of Sociology

"[T]his is a welcome and readable book."—Professional Security

"Molotch brings both wisdom and remarkable skills to this compelling book, including a prose style that is rich, lively, and a pleasure to read. With keen eye and gifted hand, as well as clear, hard data, he puts the subject of Against Security into context and offers thoughtful and sensible solutions to the problems he draws our attention to."—Kai T. Erikson, author of A New Species of Trouble: Explorations in Disaster, Trauma, and Community

"This remarkable, original book analyzes the frequently misguided efforts of government to instill in people a sense of security. What makes Against Security so unusual is that it goes beyond critique to sympathetic recognition of people's fears, understanding the motives that lead politicians and the public to act in seemingly irrational ways, and recommending practical measures with which to confront threat without transgressing dignity."—Susan S. Fainstein, Harvard University Graduate School of Design

"A breakthrough—Against Security is an original contribution to social theory and a dazzling critique of how security is managed in everyday life and in situations of crisis."—Anthony Giddens, former director of the London School of Economics and Political Science

"This is a major sociological contribution to public debates about the increased security governments across the world have introduced to anticipate risks and prevent disasters. Molotch skillfully connects public fears about security to the private anxieties and intense inequalities these measures have generated, and he urges alternative human strategies developed from daily routines and mutuality."—Bridget M. Hutter, London School of Economics and Political Science

"A mesmerizing exploration of the things that scare us, Against Security exposes the even more frightening unintended consequences of government actions in response. Molotch takes us from the recesses of public restrooms and subways to the workplace, the Katrina disaster, air travel, and the World Trade Center site. His remedies combine expertise with common sense and imagination. A must-read, this is the book for our time."—Diane Vaughan, author of The Challenger Launch Decision: Risky Technology, Culture, and Deviance at NASA

"Smart, savvy, and life-affirming, Against Security is the much-needed antidote to today's security regime—a regime that, despite its best efforts, succeeds mostly in making everyone's life worse. With his deeply-researched critique of what goes wrong, and his designer's eye for how things might be improved, Molotch has given us an instant sociological classic that is as enjoyable as it is essential."—David Garland, author of The Culture of Control and Peculiar Institution

"In this extremely important and beautifully written book, Molotch offers a highly original reflection on the current quest for security in the United States. His profound insights point out a plethora of expensive problems we have created for ourselves. He offers a solid list of alternative responses that might well avoid these kinds of devastating consequences."—Christina Nippert-Eng, Illinois Institute of Technology