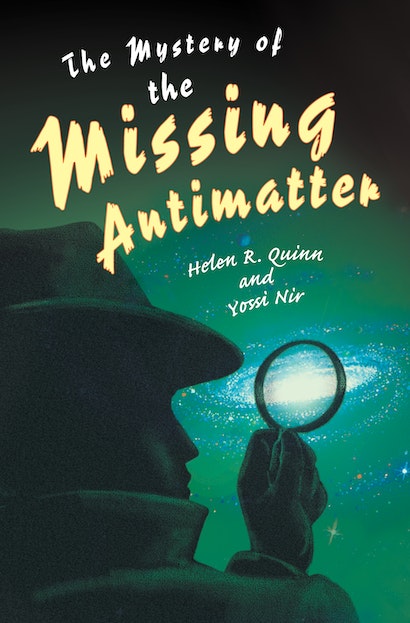 In the first fractions of a second after the Big Bang lingers a question at the heart of our very existence: why does the universe contain matter but almost no antimatter? The laws of physics tell us that equal amounts of matter and antimatter were produced in the early universe—but then something odd happened. Matter won out over antimatter; had it not, the universe today would be dark and barren.

But how and when did this occur? In The Mystery of the Missing Antimatter, Helen Quinn and Yossi Nir guide readers into the very heart of this mystery—and along the way offer an exhilarating grand tour of cutting-edge physics.

Helen R. Quinn is professor emerita of particle physics and astrophysics at the Stanford Linear Accelerator Center at Stanford University. A member of the National Academy of Sciences, she is the coauthor of The Charm of Strange Quarks: Mysteries and Revolutions of Particle Physics. Yossi Nir is professor of physics at the Weizmann Institute of Science in Israel. 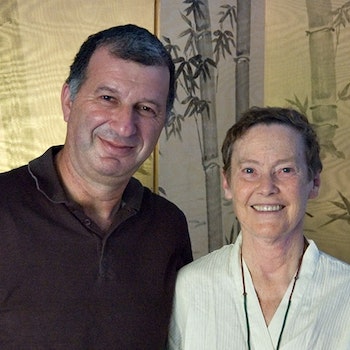 "The big mystery about antimatter, as far as scientists are concerned, is why there isn't more of it in the universe. This is a serious and well-researched exposition of particle physics and cosmology that shows how science came upon antimatter and is now trying to understand the asymmetry between matter and antimatter. A nice feature is the occasional inclusion of personal recollections of the development of the standard model and of the scientists involved, which adds charm to the narrative. [O]ne of the best overviews...essential reading for students of physics who want to know what research in theoretical particle physics is doing."—Frank Close, Times Higher Education

"Quinn and Nir have a daunting task explaining . . . one of the most active areas of theoretical physics today. If you like reading cosmologist Steven Hawking's A Brief History of Time, or particle physicist Brian Greene's The Elegant Universe, you will find The Mystery of the Missing Antimatter an absorbing scientific whodunit."—Laurence A. Marschall, Natural History

"The standard model of particle physics is Quinn and Nir's arena for discussing one of its inadequacies: it has yet to answer why in the trillionths of a second after the big bang, there was a tiny numerical superiority of matter over antimatter; if there was not, atoms would not have formed. Addressing nonscientists, the authors describe the nature of this intriguing problem...[This book] will challenge yet reward readers with understanding of a fascinating subject at the frontier of science."—Gilbert Taylor, Booklist

"[For] anyone wanting to know how physics works and physicists think, the writers have made a difficult topic comprehensible as well as compelling."—Joe Mielke, ForeWord Magazine

"[A] remarkable book which provides one of the most satisfying tours of particle physics I have ever read."—Marcus Chown, BBC Focus Magazine

"In this page-turner, true science is written in the thrilling tone of science fiction. Quinn and Nir present the history of the antimatter problem and discuss its impact on our understanding of the cosmos—all without introducing a single equation or even a Greek letter. They reveal tantalizing possibilities for solving this puzzle, made possible by high-precision experiments that particle physicists like Quinn and Nir themselves undertake. For anyone wanting to know how physics works and physicists think, the writers make one of the greatest unsolved problems in physics both comprehensive and compelling."—Science News

"For those curious about why the universe is the way it is, this book is a reminder of how much we have learned about physics at its smallest and largest scales, but also how much more we have yet to understand."—Jeff Foust, Space Review

"Two distinguished physicists, Quinn and Nir trace in some detail both the history of modern particle physics and its relation to cosmology. Even though the text is free from equations, the authors clearly explain the details of the theories presented and their development. The logic and the meaning of the connections among the ideas make it interesting and challenging….This is a fine book that belongs in college libraries."—K. L. Schick, emeritus, Union College (NY), for, CHOICE

"I just had the great pleasure of reading Quinn and Nir's new book, The Mystery of the Missing Antimatter. The book reads like an exciting real-life mystery—and even the appendix offers a fascinating bit of scientific history. It tells a very compelling story in a very accessible manner, and I predict it will get the large and thoughtful readership it deserves."—Harold T. Shapiro, president emeritus and professor of economics and public affairs at Princeton University

"This is a most remarkable book from many points of view. Using the matter-antimatter asymmetry in the universe as a central theme, it tracks the reasoning behind the essential ideas comprising the standard model of particle physics, its shortcomings, and its impact on our knowledge of the cosmos. And it does all this without a single equation, not even a Greek letter. This asymmetry accounts for our very existence, and Quinn and Nir have been in the thick of the theoretical developments. This is indeed heady stuff."—Val L. Fitch, Princeton University

"Quinn and Nir bring to light one of the deepest mysteries of science and make a compelling case that its resolution will profoundly impact our understanding of the laws that govern the universe."—Paul Steinhardt, Princeton University

"Addressing the scientific version of the question of why there is something rather than nothing, Quinn and Nir take the reader on a fascinating journey through the story of particle physics and cosmology."—David Gross, director of the Kavli Institute for Theoretical Physics

"The aim of this book is to use one of the most fundamental questions facing physicists today—why the observable universe contains a quantifiable asymmetry between the amount of matter and antimatter—to take readers on a tour of a host of important concepts in modern particle physics and cosmology. Helen Quinn and Yossi Nir have impeccable particle-physics credentials, and their book is a timely and informative contribution."—Mark Trodden, Syracuse University

"This book deals with one of the most fundamental mysteries of nature. Perhaps it is fitting that the authors have taken a very ambitious approach to writing about it: they cover just about every aspect of modern particle physics. This book will appeal to a serious reader whose curiosity will be rewarded by a wealth of ideas and history related to the subject of matter-antimatter asymmetry."—Alexander Kusenko, University of California, Los Angeles