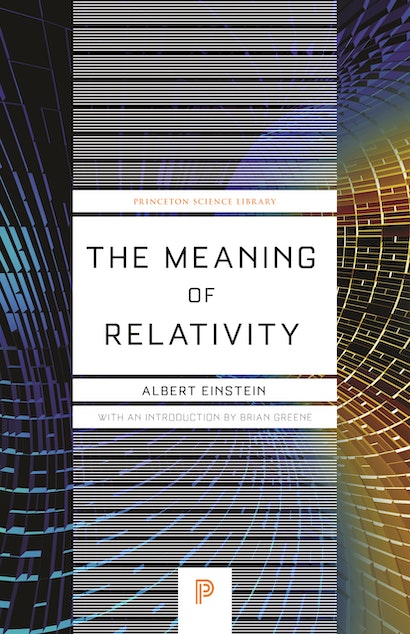 In 1921, five years after the appearance of his comprehensive paper on general relativity and twelve years before he left Europe permanently to join the Institute for Advanced Study, Albert Einstein visited Princeton University, where he delivered the Stafford Little Lectures for that year. These four lectures constituted an overview of his then-controversial theory of relativity. Princeton University Press made the lectures available under the title The Meaning of Relativity, the first book by Einstein to be produced by an American publisher. As subsequent editions were brought out by the Press, Einstein included new material amplifying the theory. A revised version of the appendix “Relativistic Theory of the Non-Symmetric Field,” added to the posthumous edition of 1956, was Einstein’s last scientific paper.

Brian Greene is professor of physics and of mathematics at Columbia University. He is the author of the best-selling The Elegant Universe and The Fabric of the Cosmos.

"A condensed unified presentation intended for one who has already gone through a standard text and digested the mechanics of tensor theory and the physical basis of relativity. Einstein's little book then serves as an excellent tying-together of loose ends and as a broad survey of the subject."—Physics Today