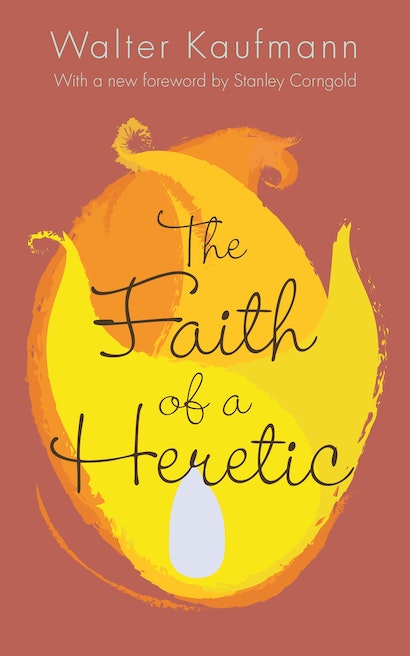 Originally published in 1959, The Faith of a Heretic is the most personal statement of the beliefs of Nietzsche biographer and translator Walter Kaufmann. A first-rate philosopher in his own right, Kaufmann here provides the fullest account of his views on religion. Although he considered himself a heretic, he was not immune to the wellsprings and impulses from which religion originates, declaring it among the most vital and radical expressions of the human mind. Beginning with an autobiographical prologue that traces his evolution from religious believer to “heretic,” the book touches on theology, organized religion, morality, suffering, and death—all examined from the perspective of a “quest for honesty.” Kaufmann also subjects philosophy’s faith in truth, reason, and absolute morality to the same heretical treatment. The resulting exploration of the faiths of a nonbeliever in a secular age is as fresh and challenging as when it was first published.

"The case against organized religion has seldom been so cogently put."—Newsweek

"An honest, uplifting, learned and highly readable argument against conformism. People who tend toward any conceivable form of heresy are likely to find it worth ten volumes of standard inspirational pap."—Life

"The book is a demonstration of Kaufmann's high spirits as well as his learning and cogency. He wants, he says, to make the reader feel his own faith is at stake, and whether that reader puts his faith in philosophy or popular religion, he will feel the sting of Kaufmann's wit."—The Progressive