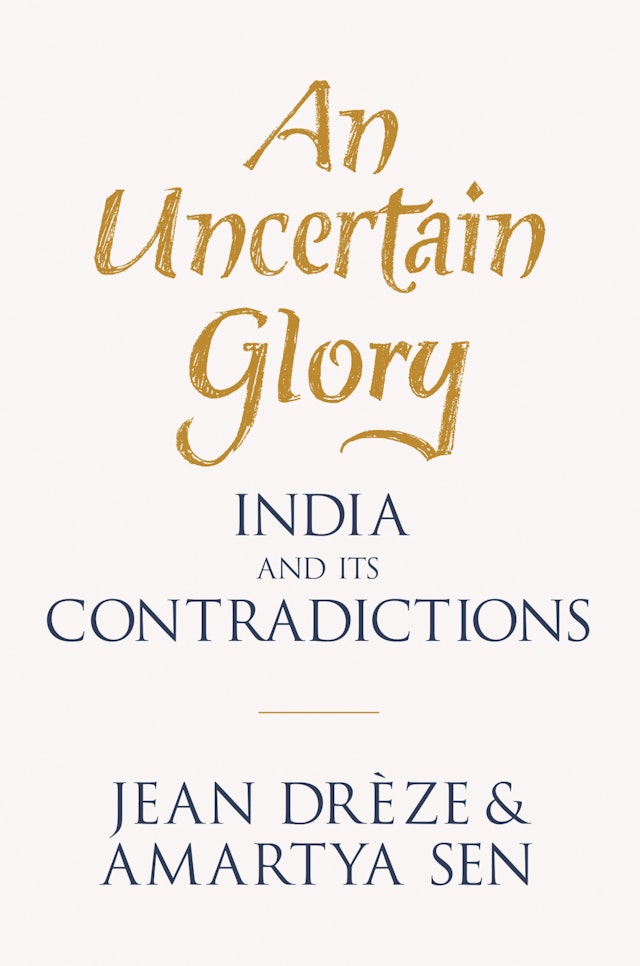 When India became independent in 1947 after two centuries of colonial rule, it immediately adopted a firmly democratic political system, with multiple parties, freedom of speech, and extensive political rights. The famines of the British era disappeared, and steady economic growth replaced the economic stagnation of the Raj. The growth of the Indian economy quickened further over the last three decades and became the second fastest among large economies. Despite a recent dip, it is still one of the highest in the world.

Maintaining rapid as well as environmentally sustainable growth remains an important and achievable goal for India. In An Uncertain Glory, two of India’s leading economists argue that the country’s main problems lie in the lack of attention paid to the essential needs of the people, especially of the poor, and often of women. There have been major failures both to foster participatory growth and to make good use of the public resources generated by economic growth to enhance people’s living conditions. There is also a continued inadequacy of social services such as schooling and medical care as well as of physical services such as safe water, electricity, drainage, transportation, and sanitation. In the long run, even the feasibility of high economic growth is threatened by the underdevelopment of social and physical infrastructure and the neglect of human capabilities, in contrast with the Asian approach of simultaneous pursuit of economic growth and human development, as pioneered by Japan, South Korea, and China.

In a democratic system, which India has great reason to value, addressing these failures requires not only significant policy rethinking by the government, but also a clearer public understanding of the abysmal extent of social and economic deprivations in the country. The deep inequalities in Indian society tend to constrict public discussion, confining it largely to the lives and concerns of the relatively affluent. Drèze and Sen present a powerful analysis of these deprivations and inequalities as well as the possibility of change through democratic practice.

Jean Drèze has lived in India since 1979 and became an Indian citizen in 2002. He has taught at the London School of Economics and the Delhi School of Economics, and he is now a visiting professor at Allahabad University. He is the coauthor (with Amartya Sen) of Hunger and Public Action and India: Development and Participation. Amartya Sen is the Thomas W. Lamont University Professor and professor of economics and philosophy at Harvard University. He won the Nobel Prize in Economics in 1998. His many books include Development as Freedom, Rationality and Freedom, The Argumentative Indian, Identity and Violence, and The Idea of Justice. 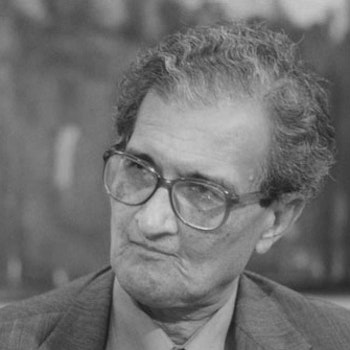 "It's an urgent, passionate, political work that makes the case that India cannot move forward without investing significantly—as every other major industrialized country has already done—in public services. . . . This book is . . . a heartfelt plea to rethink what progress in a poor country ought to look like."—Jyoti Thottam, New York Times Book Review

"Sen and Drèze carefully explain such issues as health care, education, corruption, lack of accountability, growing inequality, and their suppression in India's elite-dominated public space. . . . Sen and Drèze also reveal how democracy in its simplest manifestation, the scramble for votes, can drive successful implementation of welfare programs such as the Public Distribution System."—Pankaj Mishra, New York Review of Books

"After three decades of trawling the data compiled by central and state governments, Indian nongovernmental organizations, and international bodies, these longtime collaborators know—possibly better than any other commentators—how Indian governments since the 1980s have failed the vast majority of Indians, especially in health care, education, poverty reduction, and the justice system."—Andrew Robinson, Science

"[E]legant and restrained prose, and with an array of fresh examples."—Ramachandra Guha, Financial Times

"Sen and Dreze are right to draw attention to the limits of India's success and how much remains to be done. They are exemplary scholars, and everything they say is worth careful study."—Clive Crook, Bloomberg News

"Economists Dreze and Nobel laureate Sen compellingly argue that Indian policy makers have ignored the basic needs of people, especially those of the poor and women."—Choice

"India is a great success story of economic growth and poverty decline, but it remains the home of global poverty, and half of its children are profoundly malnourished. This paradox of poverty and plenty poses one of the great intellectual and moral challenges of the day. We can ask for no better guides to it than a philosopher and an activist, both distinguished economists, and both with unparalleled knowledge of India's glories and its shames."—Angus Deaton, author of The Great Escape: Health, Wealth, and the Origins of Inequality

"This important book provides a comprehensive and probing analysis of the Indian economy and its enormous potential. What makes this such an engaging book is that it is a deeply sympathetic and, for that very reason, a deeply critical evaluation of contemporary India. The book's combination of economics, politics, history, and law makes it a fascinating read."—Kaushik Basu, chief economist of the World Bank