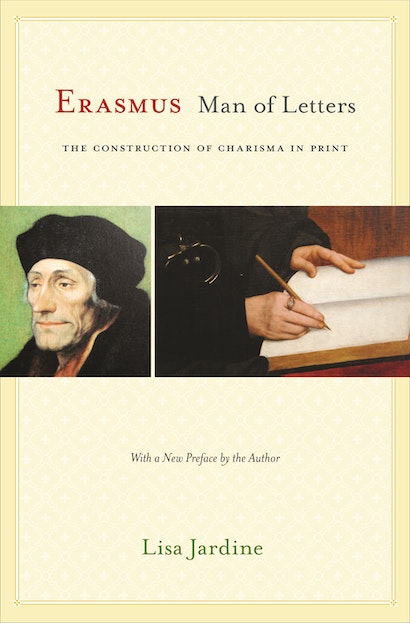 The name Erasmus of Rotterdam conjures up a golden age of scholarly integrity and the disinterested pursuit of knowledge, when learning could command public admiration without the need for authorial self-promotion. Lisa Jardine, however, shows that Erasmus self-consciously created his own reputation as the central figure of the European intellectual world. Erasmus himself—the historical as opposed to the figural individual—was a brilliant, maverick innovator, who achieved little formal academic recognition in his own lifetime. What Jardine offers here is not only a fascinating study of Erasmus but also a bold account of a key moment in Western history, a time when it first became possible to believe in the existence of something that could be designated “European thought.”

Lisa Jardine is professor of Renaissance studies at University College London, where she is also director of the UCL Centre for Humanities Interdisciplinary Research Projects and the Centre for Editing Lives and Letters.

"Erasmus, Man of Letters may inspire skepticism about Erasmus's alleged sincerity, but it is hard not to feel increased admiration for the energy and ingenuity with which the indefatigable scholar continued to combine so successful a publicity campaign with his countless other literary activities."—Alastair Hamilton, The Times Literary Supplement

"Jardine's spirited study exploits the evidence of Erasmus's own statements about himself, direct and oblique, and the estimates of his situation in the great tradition that he influenced others to make.... [Her portrait of Erasmus] is taken under a raking light, to show a master of the media [and] a master-builder of a textual persona, of an intellectual genealogy culminating in himself."—J. B. Trapp, London Review of Books

"A contribution to the understanding of the modern age. Jardine vividly shows how reading-attentive, critical reading-became a form of `spiritual education' in the early modern period, and how Erasmus became the pattern for the modern Man of Letters."—Tom D'Evelyn, Bostonia